During the Papal Interregnum, It’s Time To Embrace the Reality of Mystery

During the Papal Interregnum, It’s Time To Embrace the Reality of Mystery March 1, 2013 Frank Weathers 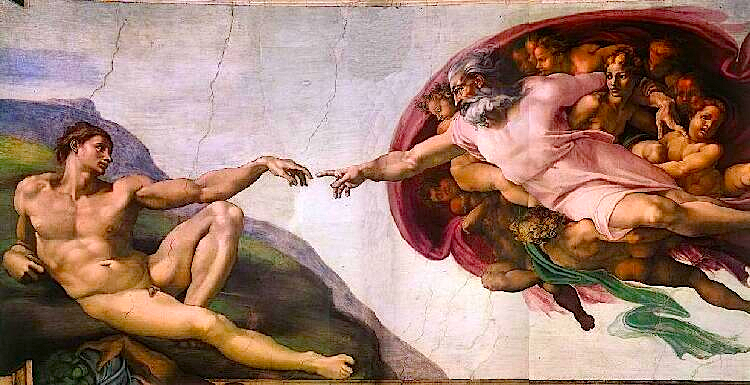 A very long time ago (or so it seems from my end), every title of the posts in this space were ledes to an exposition upon the statement “Why I Am Catholic.” The titles themselves were basically one line answers to the statement all in themselves. I can’t promise that they will always be like that from now on. But nowadays I do find I yearn to return to this practice. It is something that I believe I am called to do.

Temporal affairs like the HHS Mandate, Redefining Marriage, and political footballs like “sequestration,” though a necessary distraction, have eclipsed the original intent of the blog, which in a nutshell is to share thoughts “on the joy and inexhaustible meaning found in the Faith.”

In light of the decision of the Pope emeritus voluntarily stepping out of the hurly-burly, let this post mark the return to my blogging roots.

What better way to do so than to address a post towards something as enigmatic as  the Church and her thoughts on another of the threads in the cloth that attracted me to join her ranks in the first place? Would you believe one of George Carlin’s favorite things to hate about the Church is one of the things that attracted me? The word he hurled as an insult to intelligence?

That word is, Mystery.

You see, the only religion I know of that freely embraces the mystery of not only God, but of life itself, is the Catholic Church. You may argue otherwise, and march forth with examples from Judaism, Islam, and Eastern Orthodoxy, etc., but the fact of the matter is, in my admittedly brief and noncomprehensive experience, only the Catholic Church embraces the mysteriousness of existence in all of its majesty and glory.

Before I pull a bunch of examples out of my hat, and try to convince you of this argument, think of your own life, your own being, and your own personal knowledge of those closest to you. Aren’t these folks amazingly mysterious? What, for example, do you really know about your own family? Your mother and father and siblings (if you have them), let’s say. These mysterious human beings that brought you into this world, and who accompany you now on the journey.

They have become so familiar to you that you almost dismiss them as “known quantities” when you really haven’t the foggiest notion of what they are thinking, enduring, or imagining right at this moment.

Sure, you fool yourself into thinking that you know a lot about them, what they will do in any given situation, etc., but haven’t they amazed you with not stepping neatly into the expectations you set for them, time and time again? 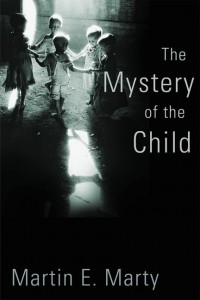 What about your own children? Do you know them inside and out? Color me clueless about mine, because the moment I think I have a handle on understanding them, they out and pull a Crazy Ivan and do something I never saw coming. As a matter of fact, in this regard anyway, sometimes for the good, and sometimes not, this mysteriousness is routine in my household. Is it any wonder that volumes have been written on this subject?

And what of the black swan event of Pope Benedict’s resignation? Didn’t see that one coming, but the benefits of it are already being felt (especially by us Americans).

Examples like these only barely scratches the surface of my experience in life on planet Earth, because outside of my own household, mystery abounds.

For example, what do you know of nuclear proliferation treaties? Or the 20+ laws in the Code of Federal Regulations that you are unwittingly violating right this second? What’s for supper tonight? Which team will win the NCAA Basketball Championship? What does the Check Engine light really mean? How does your cell phone work? And how does Netflix download videos that you can watch instantly on your television?

Yeah, yeah, Frank. Blah, blah, blah. Someone can explain to me how a cell phone works, or the Check Engine light, or even the Conclave. You’re right, of course, because those aren’t mysteries. They’re all man-made devices. But all of the people around you are living mysteries,  what they say, what they do, etc., and they aren’t made by man. Prophets,  the psalmist, and wise men “get” this,

More tortuous than all else is the human heart, beyond remedy; who can understand it?

The Universe is a mystery, too. And of course, so is its Creator. To deny this is to deny reality, and to deny reality is to be delusional. So when someone gets a bright idea and writes a book like The God Delusion, for instance, and starts cracking wise on the Church’s belief in “mystery,” I’m prone to just grin a little bit.

When I confronted the idea of becoming Catholic, see, the Church and her embrace of Mystery did not confound me. If anything, I thought that I was finally dealing with the straightest shooters of all religions, and of the Christian religion in particular. Because there is more than one meaning of the word mystery and the Church helps make sense of all of them as I struggle along the Way. It’s why practitioners of many other faith traditions, when they turn their full attention to the matter, have fallen head over heels in love with the Catholic Church.

Let’s take a look at the word itself briefly. Here’s the definition from my handy Merriam-Webster online dictionary,

1
a : a religious truth that one can know only by revelation and cannot fully understand
b (1) : any of the 15 events (as the Nativity, the Crucifixion, or the Assumption) serving as a subject for meditation during the saying of the rosary (2) capitalized : a Christian sacrament; specifically : eucharist
c (1) : a secret religious rite believed (as in Eleusinian and Mithraic cults) to impart enduring bliss to the initiate (2) : a cult devoted to such rites
2
a : something not understood or beyond understanding : enigma
b obsolete : a private secret
c : the secret or specialized practices or ritual peculiar to an occupation or a body of people d : a piece of fiction dealing usually with the solution of a mysterious crime
3
: profound, inexplicable, or secretive quality or character

Ha! So much for the naysayers who only look in religious dictionaries for definitions. Right there at #1 a & b are two Catholic heavy hitter definitions of the word mystery. #2b and #3 hit the nail on the head too. See? Even Merriam-Webster puts 2+2 together and comes up with the Catholic Church (4!) as the flagship that flies the mystery flag from the masthead unapologetically. 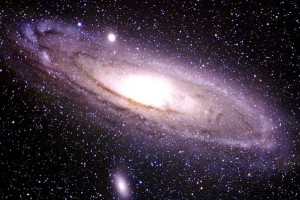 Lest you think that belief in mystery and the Mysteries of the Church, is some excuse to take our thinking caps off and stop exploring the planet and it’s place in the cosmos, it isn’t. I argue that it is the starting point for such endeavors. Drudge up your tired example of the Inquisition threatening Galileo all you want, but the Church nowadays is so curious and excited about cracking mysteries that she even has an Observatory. And did I mention the Pontifical Academy of Sciences?

Here’s the thing. Eternity is a very long time. You know, infinitely looooong. If blessed to arrive there, what do you think we’ll be doing in Heaven, if not immersing ourselves in the infinite spectrum of the mysteries of God? A mystery so deep, and so wide, that an eternity of lifetimes of all the people ever born could never even begin to fathom it, and never will they get bored for trying. And the wonderful truth is that as Catholics, Mystery isn’t suppressed, and whispered of embarrassingly. As I said at the outset, it is embraced by the Church.

So why not join me in exploring the mysteries of the faith and get a head start on what we’ll hopefully be doing for all eternity? Just for fun, I found that there are 183 citations in the Catechism that include “mystery” and 33 more for “mysteries.” Turning to the YIMCatholic Bookshelf, guess what I find? Citation upon citation in numerous books with at least one mention of the word “mystery,” and more that refer to “mysteries.”

So in one shape or another, that’s plenty of  places to get started, and we haven’t even left the blog. Have you explored them all yet? Me neither! What are we waiting for? After all, like G.K. Chesterton said,

If your religion has no sense of mystery, then it doesn’t have the fullness of truth. 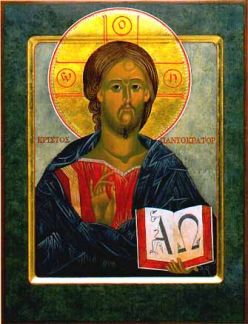 March 1, 2013 To Do List: Mark Your Calendars, and Call Your Congressional Representatives
Recent Comments
0 | Leave a Comment
"Vaya con Dios, Leonard; Rest in Peace."
AnonCollie Leonard Nimoy Explains The Origin Of ..."
"Thank you for sharing"
Andy To Break My Fast from Being ..."
"I've seen Matt Maher live four times...twice since this song was released. I absolutely love ..."
Veritas81 WYD Flashback With Matt Maher, And ..."
"Yes, and Dolan should have corrected the scandalous and wrong decison of his predecessor when ..."
sixbunnies Archdiocese of New York Health Plan ..."
Browse Our Archives
get the latest from
Catholic
Sign up for our newsletter
POPULAR AT PATHEOS Catholic
1