Can Violence Be Redemptive?


While political violence and personal violence fill our newspapers, violence also permeates many religious beliefs with images of sacrifice and histories of divine propitiation. Children in many traditions learn sacred stories of divine action and human response that include acts of violence. Both inside our houses of worship and outside of them, we hear of bloodshed.

Violence is a thread that runs through many sacred texts and traditions around the world, from animal sacrifice to the mass slaughter of unbelievers to Jesus' suffering and death on the cross. How should modern believers interpret texts that seem to condone or defend violence? Is violence ever justified on religious grounds? Can violent acts be redemptive?

Covenantal Substitutionary Atonement
You know the basic idea: Because of your sin you stand...

An Insatiable Appetite for Violence
Make no mistake; we are a violent people with violent...

A Pathological Mythology
Can the creator of the universe be a homicidal maniac one...

Shedding Blood in God's Name
I'll admit I'm a sucker for stories about the malleability...

Self-Denial as Violence
Compassionate questions, and an open mind about the...

The Myth of Redemptive Violence
I had a veteran friend once tell me, “The biggest lie I... 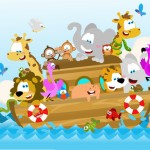 On Retconning Biblical Violence
In 2009, I wrote "The Twisted Moral of Passover", about...

Pope Benedict: The Essential Message Of Religion Is...
Patheos Public Square included this interview that Pope...

Why Religion and Terrorism Are Opposites
To be religious, to be close to God, is to understand His... 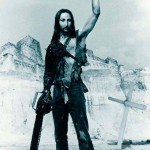 A Kinder, Gentler, more Grown-up Easter.
In yo face Devil! Take that forces of evil! Look whose...

Islam, Excuses, and the Sacred
Only human life is sacred, and the whole of religion and...