In March 1965, Martin Luther King marched with thousands of other demonstrators from Selma, Alabama to the capital in Montgomery, protesting the ongoing organized resistance to blacks’ attempts to register to vote. In the face of hostility and acts of violence, King and his supporters, including hundreds of clergy and lay church leaders, marched for five days. By the end of the march, demonstrators numbered close to 25,000.

The brutality endured by King and his colleagues during the March from Selma—particularly Bloody Sunday—so outraged the public that it kindled federal attention and, according to many scholars, pushed the Civil Rights movement into the national conversation and contributed to the Voting Rights Act of 1965.

Where are we fifty years out from the March from Selma? What advances have been made in the fulfillment of King’s American Dream? Where are we still resisting the advance of racial parity and freedom of opportunity for all? And in what ways do people of faith today—clergy and lay—join in the ongoing march? 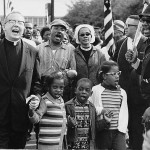 The Fight for Serious Multi-Ethnic Dialogue
by Nathan Roberts When I saw the film Selma for a second...

President Obama's Speech at Selma on the 50th Anniversary...
Like him or not, there is something amazing about...

Selma Plus Fifty: Time For an Eight-Lane Bridge
WHERE ONLY BLACK MEN JAYWALK We are rightly celebrating... 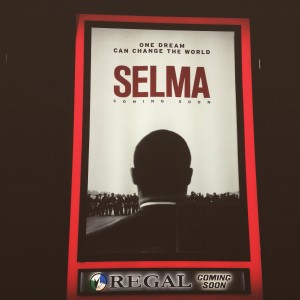 Selma
50 years ago is a very short time. Fifty years ago there... 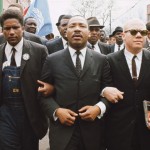 Bloody Sunday, the March before the March
This month marks the 50th anniversary of the march from... 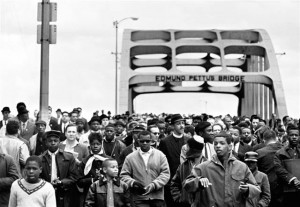 50th Anniversary of Six Hundred in Selma
That's what it took. Armed with prayer and nonviolence,... 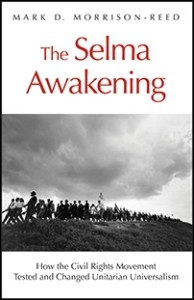 Religious at the Back of the Bus: An Interview with Jesse...
The journey toward cultural transformation, toward social...

Celebrating the Exceptions Rather Than Acknowledging the...
Like the preparations that are being made to welcome the...

"Steady, Loving Confrontation": Dignity in the Face of...
Let us recall the stories of history, and mine those in...

Hitting the Wall of Progress
Many of us are too afraid or, worse, have become pacified...

Moral Mondays: Selma Marches On
We celebrate Selma most truly when we pay attention to...

One Step Forward, but Now What?
A lot of Americans today mistakenly believe that race...

History Dies Hard
When I say "we're surely past all that," my friends can...

On Racism, Climate Change, and Interdependence
As long as we see concern for the well-being of others as...

Our God Is Marching On
Our society needs a new movement and a new march. We need...

The March Begins Today
My Gods call on me to deepen in wisdom, and to enjoy the...
Patheos Archives