Which Denomination Had the Highest Number of Pastors Listed as Endorsers for Accused Pedophile Roy Moore?

Which Denomination Had the Highest Number of Pastors Listed as Endorsers for Accused Pedophile Roy Moore? November 13, 2017 Martha English

For decades, Roy Moore has been an immovable rock in the culture wars – a bold defender of the “little guy,” a just judge to those who came before his court, a warrior for the unborn child, defender of the sanctity of marriage, and a champion for religious liberty. Judge Moore has stood in the gap for us, taken the brunt of the attack, and has done so with a rare, unconquerable resolve.

As a consequence of his unwavering faith in God and his immovable convictions for Biblical principles, he was ousted as Chief Justice in 2003. As a result, he continued his life pursuit by starting the Foundation for Moral Law, which litigates religious liberty cases around our Nation. After being re-elected again to Chief Justice in 2012, by an overwhelming majority, he took another round of persecution for our faith as he stood up for the sanctity of marriage between one man and one woman.

You can know a man by his enemies, and he’s made plenty – from the radical organizations such as the Southern Poverty Law Center and the ACLU to the liberal media and a handful of establishment politicians from Washington. He has friends too, a lot of them. They live all across this great State, work hard all week, and fill our pews on Sunday. They know him as a father, a grandfather, a man who loves God’s Word and knows much of it by heart, a man who cares for the people, a man who understands our Constitution in the tradition of our Founding Fathers, and a man who deeply loves America. It’s no wonder the Washington establishment has declared all-out war on his campaign.

We are ready to join the fight and send a bold message to Washington: dishonesty, fear of man, and immorality are an affront to our convictions and our Savior and we won’t put up with it any longer. We urge you to join us at the polls to cast your vote for Roy Moore.

Presumably, the effort to get the religious “leaders” to sign the letter happened before the fifth accuser came forward today with an even more brutal account of Moore’s sexual assault of a young girl.
Which denomination had the highest number of pastors endorse accused pedophile Roy Moore?  The Baptists win the “award” for the most endorsements, by far, with a whopping twenty-two.

Dr. George Grant, Pastor, Parish Presbyterian Church, was included in this list.  However, News Channel 4 says he was included without his permission:

Grant said he did not give permission for his name to be on this list.

Grant also said he is not concerned with the politics in Alabama, saying, “Not my state. Not my issues.” 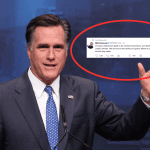 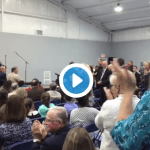 November 15, 2017 VIDEO: Roy Moore Walks Into an Evangelical Gathering, Gets Standing Ovation
Recent Comments
0 | Leave a Comment
Browse Our Archives
get the latest from
Politics Red
Sign up for our newsletter
POPULAR AT PATHEOS Politics Red
1