Embattled Alabama Senate candidate Roy Moore has been sort-of-denying accusations that he sexually assaulted women and dated teens when he was in his thirties.  The Washington Post reports:

By Monday afternoon, five women had accused Roy Moore of misdeeds, enough that the Republican Senate candidate could finally — without a whiff of intentional irony — compare his plight to the deadly persecutions of tens of thousands of women at the hands of delusional men.

“This is a witch hunt against a man who has had an impeccable career for over 30 years and has always been known as a man of high character,” Moore’s campaign said in a statement.

However, as more women come forward — and Moore’s own statements of not being able to quite remember whether he dated teens when he was in his thirties — have caused many people to doubt his veracity.   Even Sean Hannity gave the Senator 24 hours to explain himself more fully.

Moore’s wife, in the meantime, has been spreading falsehoods on social media.  She even circulated a letter signed by 50 pastors saying they supported her husband.  Turns out, the letter was written months ago, and some of the people on the signatory list did not consent to be on it.  Gosh, the Moores aren’t much for consent, are they?

Don’t tell that to some evangelicals, however. Polls say that evangelical support for Moore is even higher than it was before the accusations according to Newsweek:

Nearly 40 percent of Evangelical Christians in Alabama say they’re now more likely to vote for Roy Moore after multiple allegations that he molested children, even as voters across the historically red state now seem to be punishing Moore for his past actions, a new poll shows.

If you don’t believe that, watch this chilling video of Moore walking into Walker Springs Road Baptist Church yesterday in Jackson, Alabama:

Roy Moore gets a standing ovation from some in the crowd as he arrives and walks up the aisle #ALSEN pic.twitter.com/1MzA91JLnX

As David French at National Review wrote, “The church is already defined in the eyes of a hostile secular culture more by its quest for power than its faithfulness to scripture.”

This video is not going to help.
Image Credit: Screen Cap 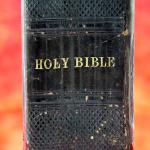 November 13, 2017
Which Denomination Had the Highest Number of Pastors Listed as Endorsers for Accused Pedophile Roy Moore?
Next Post 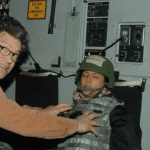