Why can’t people mind their own business.  The latest “controversy in parenting” deals with Tom Brady, the New England Patriots quarterback

He was doing a Facebook docu-series called “Tom v. Time” about his life.  In the series, he is seen getting a massage when his son comes in and asks him if he can use the internet.

“Oh, hello. I was wondering if I could check my fantasy team,” his son Jack asks.

That’s when his son leans over and kisses his father.

The massage therapist laughed, “You know Jack, everything comes with a cost, bud.”

Here is the “offensive” clip:

Of course, people freaked out, because apparently no one has anything better to do than judge other people’s parenting.

They said the kiss was abusive, too long, and “romantic.”

“I’m a little uncomfortable with that,” one passerby said.

“I think at a certain age it’s like OK you can kiss them on the cheek; you can give ‘em a hug,” said Emily Hernandez, a mother of two from Harlem. “But not in the mouth and not for that long.”

“Too long, like romantic long,” said Parrish Watson of Parkchester.

“I kiss my son on his lips. I have since day one,” said Kurt Czaplinski of Hempstead. “I would have no problem with my son kissing me like that.”

What is wrong with people?

This, however, was my favorite response…  Bethany Mandel tweeted, “You know what id like to see? An end to publicly questioning people’s parenting when they are clearly loving and not at all abusive. ”

You know what id like to see? An end to publicly questioning people’s parenting when they are clearly loving and not at all abusive. https://t.co/7iWfYjTQ8H

Well that’s a novel idea.  But then what would people do all day, Bethany? 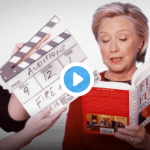