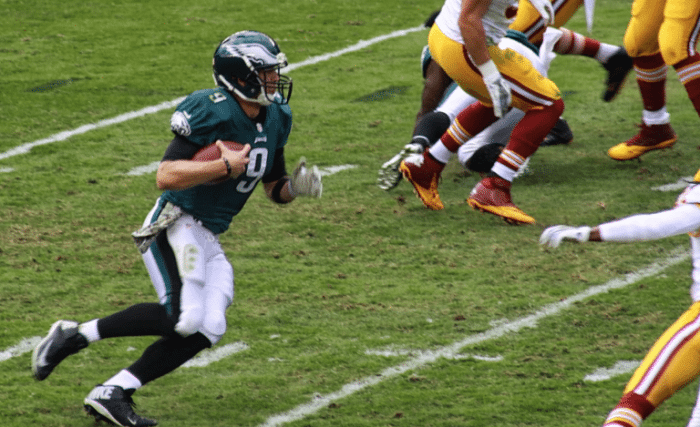 This is the best. Many know that Philadelphia Eagles quarterback Nick Foles is very public about his faith.  National Review reports that faith is a big element of their team:

The team produced a video — separate from the one being shown on Super Bowl Sunday — highlighting faith as a binding force in the team locker room. Eagles players even held baptisms in the team’s cold tub and at a hotel pool. About 30,000 people have viewed a Bible study that features the Eagles and other NFL players. Frank Reich, the offensive coordinator for the Eagles, spent time in the ministry after his NFL career was over — serving as a pastor and seminary professor before becoming a coach.

That’s why I loved this so much.  Even though Foles just won a Superbowl ring, he used this moment to encourage those of us who…  well, didn’t.  Those of us who may be experiencing a less positive life, a less “successful” life.  This is what he said.

“I think the big thing [to tell people] is ‘don’t be afraid to fail’. I think in our society today, you know, Instagram, Twitter, it’s a highlight reel. It’s all the good things. Then when you look at it, then you think like, ‘wow’, when you had a rough day or your life’s not as good as that, you’re failing.

“And failure’s a part of life, that’s a part of building character, and growing. Without failure, who would you be? I wouldn’t be up here if I hadn’t fallen a thousand times, made mistakes. We all are human, we have weaknesses, and throughout this being able to share that and be transparent.

“I know that when I listen to people speak, and they share their weaknesses, I’m listening because I can resonate. So, I’m not perfect, I’m not Superman. I might be in the NFL, and we might have just won the Super Bowl, but I still have daily struggles … And that’s really just been the message, simple. If something’s going on in your life and you’re struggling, embrace it, because you’re growing.”

What an inspiration he is to millions.

I printed this Nick Foles quote because it is just so excellent: pic.twitter.com/3Tmu9PCwOM 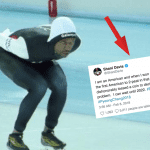 The Biblical and Natural Right of...
The French Revolution
Related posts from Access Politics