An unknown, unheralded, unremembered, unlearned substitute preacher impacted Victorian London, and the English speaking world beyond it more than he could ever have imagined.

A young man, who happened into a small chapel, was arrested. These simple truths, spoken by a simple man who was never acclaimed during Spurgeon’s life (several men claimed to be the preacher, but were not recognized, and it seems the real preacher was content to remain unacknowledged). These same words which revolutionized the life of a young man and set him onto a path that would make him arguably the greatest English speaking preacher of all time.

They can change your life today, whether you are saved already, but need a refreshing, or whether your need is to become a Christian for the first time. 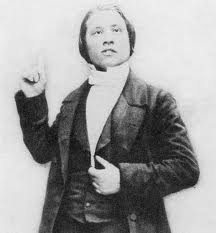 I sometimes think I might have been in darkness and despair until now had it not been for the goodness of God in sending a snowstorm, one Sunday morning, while I was going to a certain place of worship. When I could go no further, I turned down a side street, and came to a little Primitive Methodist Chapel. In that chapel there may have been a dozen or fifteen people. I had heard of the Primitive Methodists, how they sang so loudly that they made people’s heads ache; but that did not matter to me. I wanted to know how I might be saved, and if they could tell me that, I did not care how much they made my head ache. The minister did not come that morning; he was snowed up, I suppose. At last, a very thin-looking man, a shoemaker, of tailor, or something of that sort, went up into the pulpit to preach. Now, it is well that preachers should be instructed; but this man was really stupid. He was obliged to stick to his text, for the simple reason that he had little else to say. The text was,—

“LOOK UNTO ME, AND BE YE SAVED, ALL THE ENDS OF THE EARTH”

He did not even pronounce the words rightly, but that did not matter. There was, I thought, a glimpse of hope for me in that text. The preacher began thus:—“My dear friends, this is a very simple text indeed. It says, ‘Look’.

Now lookin’ don’t take a deal of pains. It ain’t liftin’ your foot or your finger; it is just, ‘Look.’ Well, a man needn’t go to College to learn to look. You may be the biggest fool, and yet you can look. A man needn’t be worth a thousand a year to be able to look. Anyone can look; even a child can look.

When he had gone to about that length, and managed to spin out ten minutes or so, he was at the end of his tether. Then he looked at me under the gallery, and I daresay, with so few present, he knew me to be a stranger. Just fixing his eyes on me, as if he knew all my heart, he said, “Young man, you look very miserable.”

Well, I did; but I had not been accustomed to have remarks made from the pulpit on my personal appearance before. However, it was a good blow, struck right home. He continued, “and you always will be miserable—miserable in life, and miserable in death,—if you don’t obey my text; but if you obey now, this moment, you will be saved.”

Then, lifting up his hands, he shouted, as only a Primitive Methodist could do, “Young man, look to Jesus Christ. Look! Look! Look! You have nothin’ to do but to look and live.”

I saw at once the way of salvation. I know not what else he said,—I did not take much notice of it,—I was so possessed with that one thought. Like as when the brazen serpent was lifted up, the people only looked and were healed, so it was with me. I had been waiting to do fifty things, but when I heard that word, “Look!” what a charming word it seemed to me! Oh! I looked until I could almost have looked my eyes away. There and then the cloud was gone, the darkness had rolled away, and that moment I saw the sun; and I could have risen that instant, and sung with the most enthusiastic of them, of the precious blood of Christ, and the simple faith which looks alone to Him. Oh, that somebody had told me this before, “Trust Christ, and you shall be saved.”

. . .That happy day, when I found the Saviour, and learned to cling to His dear feet, was a day never to be forgotten by me. An obscure child, unknown, unheard of, I listened to the Word of God; and that precious text led me to the cross of Christ. I can testify that the joy of that day was utterly indescribable. I could have leaped, I could have danced; there was no expression, however fanatical, which would have been out of keeping with the joy of my spirit at that hour. Many days of Christian experience have passed since then, but there has never been one which has had the full exhilaration, the sparkling delight which that first day had. I thought I could have sprung from the seat on which I sat, and have called out with the wildest of those Methodist brethren who were present, “I am forgiven! I am forgiven! A monument of grace! A sinner saved by blood!”

My spirit saw its chains broken to pieces, I felt that I was an emancipated soul, an heir of Heaven, a forgiven one, accepted in Christ Jesus, plucked out of the miry clay and out of the horrible pit, with my feet set upon a rock, and my goings established. I thought I could dance all the way home. I could understand what John Bunyan meant, when he declared he wanted to tell the crows on the ploughed land all about his conversion. He was too full to hold, he felt he must tell somebody.

If these words have stirred you, visit the following page to find out more about becoming a Christian. 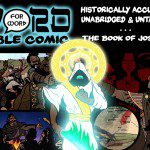 September 13, 2015
Sex, Violence, War, Betrayal, Blood and Guts. The Bible as it really is.
Next Post 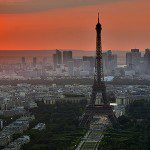 November 14, 2015 Paris Terror attack: We are at war. But not against Islam
Recent Comments
4 Comments | Leave a Comment
"Thank you for your article! For my whole 60+ years I've had a hip condition, ..."
Linn Strength in Weakness
"I no more fear the nonexistence that will come upon my death then the nonexistence ..."
Mike The one question atheists can't answer: ..."
"The bottom line of all of this is that Romans 7 is expressing utter complete ..."
crossroman Disagreeing with Piper Over the Man ..."
"Yes this is good! - it (Romans 7) calls for the forced abandonment of the ..."
crossroman Disagreeing with Piper Over the Man ..."
Browse Our Archives
get the latest updates from
Adrian Warnock
and the Patheos
Evangelical
Channel
POPULAR AT PATHEOS Evangelical
1

Answer to Question: What Must a...
Roger E. Olson
Books by This Author Books by Adrian Warnock