This week, Patheos is five years old!  And at Patheos Pagan, we’re celebrating.  I’m sure you’ve seen lots of posts on this by now and I’m sort of a Jane-come-lately, but I’m really pleased to be part of this excellent team.  In five years, Patheos has probably become one of the most widely-read interfaith sites in the world, and among Pagan readers, it compares only to Witches and Pagans and possibly The Wild Hunt.

My Best and Worst Columns

I haven’t been here that long.  My first column was a little bit more than a year ago, January 21, 2013, and it netted 487 shares and 47 likes on Facebook.  In the time since I have published thirty-two articles, the most widely-read of which was, hands down, my most recent post, with 7330 shares and 1.2 k Facebook likes at the time of this writing.  Truth is, I’m not really sure why . . . The next mostly widely-shared after that was The Three Degrees of Wicca with 4089 shares and 63 Facebook likes, followed by A Balm for a Pagan Plague – High Priestess’ Disease, at  2175 shares and 300 likes.  I’ve also had my articles among the Editor’s Picks twice, I’m proud to say.  Once was the High Priestess’ Disease article, and the other was Your Mileage May Vary: Embracing Contradictory Truths in the Craft.  However, the latter was one of my least circulated articles, with only 155 shares and 12 likes.  My lowest performer was Imparting the Mysteries – Helping Your Students Find Personal Gnosis, which had only 114 shares and 5 likes.  I personally thought it was one of my better columns.  Goes to show you never know what people will do!

My Most Memorable Experience

My most memorable experience was how I managed to put my foot so thoroughly in my mouth with The Importance of Remembrance, which several people took as a lack of support for soldiers because I said that I thought that the US did not put as much emphasis on the observance of Veteran’s Day/Remembrance Day/Armistice Day as Canadians do. The reaction took me aback because especially for a Wiccan, I’m pretty supportive of the military and understand the relevance of soldiers!  I’m even writing a novel series that’s all about a soldier suffering from PTSD.  Very strange how that was misinterpreted.  I refused to retract the sentiment, though I agreed my choice of phrase was poor.

How I’ve Benefited from the Experience

I have made some friends here.  I like Jason Mankey’s and John Beckett’s blogs and I like what they have to say.  I read The Busy Witch, Druid Thoughts, Heathen Woman, and Loop of Brighid.  When T. Thorn Coyle or Vivianne Crowley post, I read them because I admire them very much.  I occasionally read Pagan Families.  I look forward to discovering more on Voodoo Universe (I am a newbie to Voodoo) and Star and Snake (I am a ritual magick dabbler).  I like Christine Kraemer (our editor) and think she does her job well and goes the extra mile.

I’ve enjoyed my time here so far.  I find that the conversation is universally intelligent, and that even those who disagree with me generally (though not always) do so with thoughtful, considered arguments and an attitude of mutual respect.  I look forward to many more years at Patheos, I hope, enjoying the benefit of this complex multi-faith dialogue.  Thanks for having me, and thanks for sharing with me.  Blessed be. 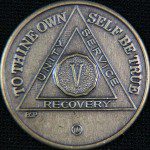 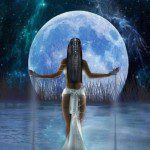