Over halfway through our prompts (and taking much longer than intended), we focus now on the relationships the Clarene has with each of the other Four Gods. We’ve delved into this briefly in other posts, but now we will be able to get into the meat of them.

the Clarene had known love, but gazing upon the shuddering form of the River above her, she felt ruin. A great beast howled in her. But the River held her still, and she could only shake in the grasp of the woman towering in the sky. – the Ophelia & the Clarene

When it comes to the Ophelia, the Clarene is a mess.

The love the gods have for each other – especially the Clarene for the Ophelia and the Dierne for the Laetha – is messy. It sometimes borders into obsession and destruction. And, as in the myth, the Clarene’s love for the Ophelia is ruinous. It’s consuming, just like the waters and blue fires of the Ophelia herself. It eats the Clarene alive, and it leads her to do great and terrible things.

the Ophelia is the most subdued of all the Four Gods, and she takes to her godhood differently than the others. the Clarene’s deification of her isn’t a point of joy; she’s a god of drowning. In some variations of the myths, it is a double suicide by both the Clarene and Ophelia that leads to the water god’s deification, and she never lets the Clarene forget this. the Clarene speaks of love; the Ophelia speaks of death.

And when they two come together, they wonder if those things are so different.

The love these two gods have is messy and ruinous, but it is also the backbone of the stability of the West and of the People. They are rooted, grounded, entwined in each other but much older and wiser than the younger Boy-Gods Laetha and Dierne. The two God-Kings have learned when to put aside that drowning love and instead build a home, or plant a garden, or make sure that all is going smoothly. And their conflicts and resolutions shape the very body of the West, creating at first the West Itself and then specific areas that the People may journey to or pray to: the Wastes, Wintertime, the Wilds.

the Clarene burns for the Ophelia, and she makes herself everything she can to the other god in the hopes of always having her. And though the Ophelia is more subdued, more quiet, she desires the Clarene back all the same. The two know each other better than any other god or spirit knows them, because they were the first to be in the West. And, in some stories, they were the first to see each other’s pain.

That isn’t to say it’s rainbows and roses. It is roses in a way – the Laetha grows flowers, mostly poppies and roses, from his body thanks to his mother burying him in the soil. But their relationship goes through many trials. Before the Laetha is, well, the Laetha, he is Arabella, the golden red-haired girl that falls into the West and captures the heart of the spirits there. But the West doesn’t take to her, and she wastes away in the faery land. Until the Clarene comes to her, that is, and bestows a crown on her before burying her in the earth and literally making Arabella part of the West. When she is reborn, she is the Laetha, the glorious god of fire.

And almost immediately after, things start going wrong. the Laetha is shattered into a hundred pieces, one of which the Clarene cares for until it hatches into the ever-young girls Ava and Alma. Another she makes into the android Aletheia. And while all this is going on, the fiery, god-ridden part of the Laetha is rampaging around the West, literally burning up anything he can, including the Clarene! She is said to bear scars from her son, burns from where he lashed out against her. (And this is where he gets the epithet ‘Oppressor’, because this part of the mythos speaks to very big metaphorical happenings.)

Even so, the Clarene works to aid the Laethas that exist still, not destroying the world. And she doesn’t do this because Loving People Who Hurt You Is Good. She works with the Laethas and she works to stop her son because if she doesn’t, the world is lost. Her world and everything in it. And if the choice was between killing her son or letting him destroy the world, she’d kill him.

There is sweetness between them, and sometimes it causes the Clarene to not see his faults, but it is not enough to cause her to abandon everything. She does certainly let him get away with more than she would with, say, the Dierne, but he can’t get away with anything he wants. They struggle just like the other gods.

the Clarene’s relationship to the Laetha is really found in her interaction with the little Laethas, though. Her gentle way of treating Aletheia and willingness to understand them on their terms; her cultivation of Ava’s strength and leadership; her education of Asier as he learns how to adjust his new life in the West. And so much more. It’s overwhelming.

When it comes to the Dierne, things are not so happy.

the Clarene also fiercely defends the Dierne. She might find him obnoxious and gaudy and too bright, and she might hate that he has her son wrapped around his finger, but she will defend him to the death. He learns his skills of sexuality and beauty from the Clarene, after all, and she ensures that the streets are safe for him. She asks him to defend the West, knowing that he is competent and able to do so. She is even slightly possessive of her wounding of him – she may strike him down, but gods help anyone else who tries to do that.

the Dierne as Pallis, or pre-divinity, also has a less hostile relationship to the Clarene. Pallis idealizes and looks up to the Clarene, amazed at her beauty and power and glory. There is reverence there, one that is the backbone of Pallis’ survival when he is exiled from the West, and the Clarene is even more protective of Pallis than she is of the Dierne. She still finds him obnoxious, of course, and views him as an outsider who is simply playing in her world, but her murderous intent is mostly lacking.

There is anger and blood between these two gods, and plenty of competition, but they can also work together. And at the end of the day, they have each others’ backs. Once the danger is gone, though, they’ll be stabbing each other again.

At this time, I don’t know enough about the Laethelia to say what her relationship to the Clarene is like. I do know that the Laethelia is our deep-water mermaid, and that the Clarene takes on pirate-imagery at times. Because of this, the two no doubt have a relationship, one which I am inclined to think of as beneficial and positive, but I don’t know much beyond that!

If the Ophelene were present in the mythos of the Laetha’s rise to power, and his abuse of it, the Laetha probably wouldn’t be around today. Because the Ophelene takes the retribution of the Clarene, the anger and rage, and combines it with the drowning and destruction of the Ophelia.

She is, to the People, the ultimate justice god. When the Clarene comes to your door, she more often offers healing, reflection, and a warm loaf of bread. When the Ophelene knocks, she comes with sword and shield. And you should hope that she’s there to help with her shield, not her sword, because she does not hesitate to strike down.

For this reason, the Clarene and Ophelene do not always agree on proper action. Often, they are aligned, and very frequently the Ophelene goes out to do the bidding of the Clarene. But the Ophelene does not build up; she tears down. For a god like the Clarene, who builds and builds, there can be conflict there.

That is about all I know of their relationship now, however. It is only recently we began giving devotion to the Ophelene and so, like with the Laethelia, we don’t know nearly as much about her as we do the other gods. 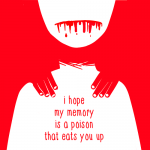 October 20, 2019 'Dalliances with Deities' Opens Again
Recent Comments
0 | Leave a Comment
"I do not think it is easy to reconcile most of the notions of reincarnation ..."
Gordon Cooper No, I Don’t Do Ancestor Work
"I don’t do any kind of ancestor work/veneration/whatevs either. But I also don’t believe that ..."
Corvus No, I Don’t Do Ancestor Work
"January 6, 2021: A day that will live in infamy. I would be lying if ..."
Amanda Ingalls Brief Thoughts on an Insurrection
"It's a great lesson in magical praxis. The material basis to manifest your will must ..."
modifiedlizard Brief Thoughts on an Insurrection
Browse Our Archives
get the latest from
Aine Llewellyn - Dalliances with Deities
Sign up for our newsletter
POPULAR AT PATHEOS Pagan
1

When Grief Comes 'Round on Cat...
A Modern Traditional Witch
Related posts from Aine Llewellyn - Dalliances with Deities