Gods I have known, Part 1: Microcosm

My first gods were probably my parents.  I don’t remember that time.  But I imagine that our parents must stand before us like gods when we are infants and small children.  All-powerful, all-knowing, the source of all life.  Our cries are our first prayers.  Our smiles our first thanks offerings.  Our spankings our first rites of atonement.  Of course, those gods must eventually fall, though I still carry their images in me.

My first god that I remember was Yahweh.  At least that’s what I call him now.  Back then, he was just “Heavenly Father”.  I met him on a mountain when I was just 19 years old and Mormon still.  Well, I’d known him for a while before that.  I had carried him around with me since I was a child.  But I really met him one when a combination of sexual frustration and self-loathing sent me up a mountain.  I went to find God, and find him I did.  I’ve written about this before here:

“I remember leaving the path and climbing over some rocks.  As reached the summit of the little pile I was climbing on, I looked over the edge and saw down into the valley between “Y” mountain and its neighbor to the south.  Moonlight illuminated the valley.  I was struck in the face by a freezing cold gust of air.  It was beautiful and terrible I stood there for a moment, clinging to the rocks while being buffeted by the icy air.  I would swear to you, the God of the Old Testament, Yahweh, was in that valley and in that wind: cold, hard, implacable … unforgiving.  I climbed down in defeat and returned home.

Yahweh was in me, but yet, somehow, he was in the bitter wind too.

Since then I’ve met other gods.  Some of them I knew by the names of the gods of pagans long ago.  But I knew these were just names.  The Yahweh I met on the mountain may bear a certain resemblance to the Yahweh of Moses, but we are separated by thousands of years and my Yahweh is not his.  My Odin-Legba is not your Odin, nor your Legba.

After Yahweh, I gradually came to know another Christian God.  This one looked and sounded like Alanis Morissette and told me “he” did not judge me and could hold anything I wanted to share with him.  He took away a burden I had carried for years.  I thanked him for it and then turned away from him, because I needed him no longer.  Again, it was a while till I realized that he was a part of me too.

Then there was Lasher, the Storm King, who raged with me as I reclaimed sovereignty over my spiritual life from my religion of origin.  I thought I had created him, but really I just discovered the words to name him and the rites to honor him.  Of course, I’d known him since around the time I turned 14, when I discovered my freedom but had not yet learned the wisdom of limits.  After leaving Christianity behind, I let myself really worship the Storm King.  I called him up like Macbeth summoning the three hags, and he came to me readily.  He came to me in the frequent but brief, violent spring storms of southern Indiana, and he came to me like storm blowing through my own heart.  I reveled in his power and we spent ourselves in a cathartic rage.

Next was Bona Dea, the Good Mother.  My icons of her were William Bouguereau’s paintings of the Madonna and Child.  She who opened her arms to hold me to her bosom.  She filled a feminine-shaped hole that had been left empty for as long as I could remember.  And she healed me from my childhood wounding by the Devouring Mother.

Next I courted, Odin-Legba, the Soul Guide.  I submitted to his ordeal and asked him to bless me on my new religious path as a Pagan.  And he opened my soul to the mysteries like a locked door between the worlds.

Since then, I have come to know many other gods.  They were always present with me, but I discovered their names and their words of invocation in the myths of antiquity, in the literature of today, and in my dreams.  They fall into three groups for me:  There are gods who I identify with, and who I speak of openly.  And there are other gods that I identify with too, but who I hold in secret places.  And there are gods who seem “other” to me, who come to me as goddesses, but who I know are a part of me as well.*  Every night I light three candles: green, black and red; and I say three prayers, one for each of these three arch-gods.  I call them the Green and Amber Man, the Loathly Man, and the Scarlet Woman.  They have other faces though, and I call them by other names at other times:

I know the Sun Child, the White Son of the Night, Sol Invictus, who I sometimes call Gwyn ap Nudd or Mabon, Horus or Iakkhos!  He is innocence and possibility.  He is light and rebirth in my soul.  And I worship him with every act of hope.  I know the Dark Child too, the Midnight Sun.  He is the son of the Devouring Mother, as surely as the Sun Child is the son of the Good Mother.  He is the seed of destruction at the root of all my endeavors.  He may be sometimes forgotten, but he is always present.

There is the Lightbringer, the Bright Youth, the Kouros, who I sometimes call Apollo or Ra or Balder.  He is present in all my striving to become an individual.  And then there is Rahab, the Red Dragon, the Leviathan, the Provoker of Strife, who is present in (my experience of) every obstacle to my becoming.  And he has his worship too.

I know the Konig Hirsch, the Stag King, the Wild One, who many Neo-Pagans call the Horned God and the Green Man.  He is unrepressed Eros.  He is the energy of life.  He is the flowering rod of desire.  I worship him in the arms of my wife.  I know his twin as well, who I call the Melwas, the Ravisher, the Thief of Sovereignty.  He is the child of Eros and Thanatos.  All acts of license, all acts of indulgence are his rituals.  He is the one who says, “Yes” and “Yes” and “Yes”.  And this is his path to fear nothing, to consider nothing prohibited that the soul desires, and to treat all drives and so-called temptations with respect and love, and he reveals their meaning … for it is better to be whole than to be good.

There is the Oak King, the Dying God, Sol Indiges, who I sometimes call Dionysos or Osiris or Yeshua.  He moves in the opposite direction of the Lightbringer, seeking reunion with the Abyss.  He is the suffering god, wounded and bleeding here with us.  He is that in me which willingly surrenders to the Wheel, to She who is Life-in-Death and Death-in-Life.  He leads me down into the Valley of Death.  And then there is Holly King, the Abomination of Desolation.  He is that in me which refuses the sacrifice, that which rages against the dying of the light.  This is the part of me which seeks a form of immortality which is really a denial of life, which rejects the ceaseless movement and rhythm of the Wheel, which seeks to grasp and hold the mystery of the present and freeze it in an eternal and immobile possession, and thereby kills the object of his desire.

I have known goddesses as well.  They are the ones who seem “other”, but yet are part of me.  I’ve told you about the Good Mother, Creatrix, who I sometimes call Danu or Modron.  She is the bearer of the white draught of fostership.  She has another face, the Devouring Mother, Destruix, the Sow that Eats her Farrow.  They are present in my soul, but their body is the earth, which like Kali offers her breast with one hand and consumes us with the other.

There is the Muse, Initiatrix, who I sometimes call Danae.  She calls my spirit to adventure and enjoyment.  Her dark sister is the eternal victim.  She is part of me as well, though I often refuse to recognize her.

I know Potnia Theron, the Lady of the Beasts, Flaithuilach, “She Who Rides Upon the Buck”, “She of the Friendly Thighs”, who I sometimes call Ishtar or Asherah, Mebd or Flidais, Shakti or Magdala.  Her consort is the Konig Hirsch.  She is Sovereignty, the bearer of the red draught of lordship.  She is flesh and desire.  The body of woman is her temple (for me), and all acts of love and pleasure are her rituals.  This is the whole of her gospel: “Love as thou wilt.”  And I know her dark twin, the Manslayer, the Succubus, the Winnower, the bearer of the dark draught of sacrifice.  She wields the adamantine sickle.  It is she who I fear will consume me in the very act of love.  She is treacherous as the sea.

And then there is Mother Night, Dea Tacita, the Ebb Tide, the Abyss.  She is the one who says “No,” and “No farther,” and “It is enough.”  She waits for me where the forest is deepest, where the night is blank and there are no stars, for she is my annihilation come to make peace.  May the darkness embrace me.

I invoke these gods and goddesses at my altar.  I pour libations to them in their seasons.  I honor them and hold each sacred in their time and place.  I have need of them in order to grow, and they have need of me in order to be made holy.  Always I have desired them, even without knowing.  Always they have been drawing me to them.  I know they are not your gods.  But they are mine.

* Note: The “pantheon” described above is definitely masculinist (even patriarchal).  While I could attempt to revision the pantheon to conform to my feminist ideals, I believe this would be as misguided as revisioning my gods to conform to Christian ideals (in which case, most of the gods would become demons to be despised).  The point of a Jungian polytheism is to to accept what is, not imagine what should be.  As Jung said, “One does not become enlightened by imagining figures of light, but by making the darkness conscious.”  Having said that, my gods have evolved as I have, and they will continue to evolve as I do.

January 28, 2014
What the heck is Jungian polytheism?
Next Post 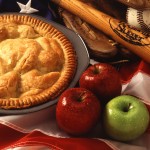