Wish upon Ostara: Why I wish Ostara was called something else

This is part 6 on my ongoing rant about the Neo-Pagan Wheel of the Year.  Previous parts can be found at the end of this article.

I have issues with the Neo-Pagan Wheel of the Year: with the timing of the cross-quarters, with the meaning attached to several of the eight stations, and especially with the names of most of the days.  Today I’m focusing on Ostara, which is the Neo-Pagan name for the spring equinox (or what Rua Lupa calls the “equilux“).

According to 8th century monkn Bede, April was called “Eostur-monath” by the Anglo-Saxons, which he says was named after a goddess named “Eostre”, in whose honor feasts were celebrated in that month.  This is the origin of the modern name “Easter”.  But by Bede’s time, the Christian Paschal month had replaced the pagan worship, so the accuracy of Bede’s report may be questioned.  Jacob Grimm, in his Deutsche Mythologie, later took up Bede’s theory, and it is from Grimm’s German that we get the name “Ostara”: April is Ōstar-mānod in High German.  The Eostre/Ostara goddess may have derived from a Proto-Indo-European goddess of the dawn, but there is really no other evidence for this goddess.

Why choose a German name for the holiday, when two of the other quarter days — Yule and Litha — are Anglo-Saxon?  (Don’t even get me started on Mabon.)  The reason seems obvious: “Eostre” sounds too much like “Easter” and Neo-Pagans don’t want to be confused with Christians.  The Neo-Pagan spring celebration has obvious connections to the securlarized Easter (bunnies and eggs), but a limited connection to the Judeo-Christian Easter-Passover.  The themes of the Neo-Pagan celebration are similar to the Christian themes of new life (i.e., resurrection), but the Christian motif of the sacrificial death is not celebrated by Neo-Pagans until the autumn.  Easter falls on the first Sunday after the full moon following the spring equinox — which can fall anywhere from March 22 to April 25 (on the Western calendar), which means it is usually in April.  According to Bede, “Eostur” was the name of the entire month of April, not any particular day.  And since the spring equinox always falls in March, not April, it doesn’t make sence to name the date Eostre or Ostara.

Part of the difficulty in naming the spring equinox comes in part from the fact that the Anglo-Saxons did not observe the spring equinox.  This celebration is Mesopotamian in origin, tracing back to the Akkadians and Babylonians.  According to Ronald Hutton, there is also no evidence that the vernal equinox was commemorated in northern Europe prior to the introduction of Christianity.  It appears to have been an exclusively Mesopotamian/Semitic tradition, where it was an important celebration throughout the region and was considered to be the beginning of the new year.  In spite of lacking precedent in pagan Europe, the vernal equinox was added by 20th century Neo-Pagans for symmetry.

There are other dates that correspond more closely to the spring equinox, including the Feast of Annunciation (also called “Gabrielmas”) and the English quarter-day called “Lady Day” on March 25.  The date also corresponds roughly to the Dies Sanguinis (“Day of Blood”) in the Roman cult of Magna Mater (late March) and also the Baccanalia (mid-March).

But it’s not just the name that is the problem.  The real problem, I think, with many of the Neo-Pagan Sabbaths is that we start with a name, then work out what the day should mean from its etymology and history, and then try to associate it with the season — which is completely backwards.  We need to look at the season, work out what the holy day should mean mythologically, and then come up with an appropriate name.  The year should turn the Wheel, not the other way around.

Now, this will vary depending on where you live, of course.  Even within the U.S. there are different climate zones.  So what follows is just what works for me, but it illustrates what I think should be the right process:

I live in the Midwest, so the spring equinox — not Imbolc — marks the true beginning of spring.  We probably will not have any more snow storms after the equinox (fingers crossed).  It’s getting warmer and the snow on the ground is melting, making a muddy mess.  Birds can be heard singing again in the morning air.  Little bits of green life can be seen poking their heads through the ground or on tree limbs.  Daylight Savings has also come into effect (on the first Sunday in March), which suddenly and artificially has the effect of seeming to lengthen the days for many of us (while simultaneously making us sleep deprived).  For me, I experience the spring equinox as the return of light and life, both literal and metaphorical.  Part of our family’s spring equinox ritual involves “charming the plow”, trying brightly colored ribbons onto our gardening tools.

2.  Work out what the day means mythologically in relation to the season.

In our family we relate the return of light and new life in nature to stories about gods and goddesses returning from the underworld and the triumph of sun deities over deities of darkness.  In the ancient pagan traditions, there are many stories of dying and rising gods and goddesses, some of which which are associated with the return of life from in the spring, including the myth of Persphone’s escape from Hades and the myth of Ishtar/Inanna’s rescue of her consort Tammuz/Dumuzi from the underworld.  (It is these myths that the Wiccan legend of the descent of the Goddess is likely based on.)  Another part of our family’s ritual practice involves lighting one candle on a seven candle candelabra on Imbolc/Brigid and one more candle each week until the spring equinox to symbolize Ishtar’s passing through each of the seven gates of the underworld.

There are also ancient pagan myths about the triumph of the sun over the darkness, including the Hindu myth of Indra and Vritra from the Rig Veda and the myth of the journey of Ra through the underworld in the Egyptian Amduat.  And of course, in the Christian tradition, there is the story of Christ’s (arguably also a solar deity) harrowing of hell and resurrection.  Since the spring equinox is a solar holiday (in contrast to the cross-quarters, which are thermal holidays), the association with these myths makes sense.

There is no universal outline for the Neo-Pagan Wheel of the Year, and every version differs in the details of the Mythos and which events are assigned to which point on the Wheel.  According to the version we use, at the spring equinox, the Bright Youth becomes the Stag King and courts the Flower Maiden. The God and Goddess mate and the Goddess conceives the Sun Child that will be (re-)born at the winter solstice. The Flower Maiden reaches womanhood and is transformed into the Lady of the Beasts, reflecting her new sexuality maturity. The Stag King and the Lady of the Beasts are betrothed, later to be wedded on May Day.

3.  Choose a name for the day that fits the season and the myth.

These mythological motifs offer several possibilities for names for the spring equinox.  In my early days as a Neo-Pagan, I called the day “Janua Coeli”, which is Latin for “Gate of Heaven”, which refers to the gate though which souls pass after death, and corresponding to the “Janua Inferni”, the gate through which souls pass on their way to reincarnation.  But the name is really more appropriate for the winter solstice (janua = January).  I also called the date “Parousia Zoe”, which is Greek for the appearance or manifestation of life, but has Christian associations which Pagans may be uncomfortable with.

Another possible name is “Rite of Spring”, which invokes Stravinsky’s ballet and has the virtue of being accurate, if not particularly poetic.  (Not to be confused with the Pagan festival by the same name which is organized by the EarthSpirit community in May.)

If we want to stick with Anglo-Saxon names, to be consistent with “Yule” and “Litha”, but still want to avoid the confusion of Eostre with Easter, then we might just drop the last three letters off the Neo-Pagan name, leaving just “Eos”, which not coincidentally is also the Greek word for “dawn”.  Or we could use “Hretha” or “Rheda”, which is the name of an Anglo-Saxon goddess (according to Bede) which gives rise to the name of March, which is actually the month that the equinox falls in.  Rudolf Simek (Dictionary of Northern Mythology, 2007) gives one possible the etymology of her name as or “victorious”, which corresponds to the the “triumph” of light over darkness and life over death, and Gerhard Köbler suggests “wildness”, which also kind of corresponds to the season.

This day also roughly corresponds to “Lady Day” in the British Isles, which commemorates the Christian feast of the Annunciation — the “Lady” being the Virgin Mary.  The Annunciation, the announcement of the birth of Christ to Mary, fits with the “announcement” of new life in nature at this time of the year — except that, instead of the winged angel Gabriel, spring is announced by birds, as well as other fauna and flora.  For some, “Lady Day” might be problematic as name, not just because of the Christian associations, but also because the date is really about the meeting of the Goddess and her consort, i.e., not just about the “Lady”, but also about the “Lord”.  (Lord and Lady are common names for the Wiccan God and Goddess, and also the meaning of the names of the Norse fertility deities, Freyr and Freya.)  Perhaps then, “Lord and Lady Day” would be a good substitute, and that’s what we’ve been calling it in our family.

What do you think?  What name do you call the spring equinox by?  What does the date mean to you?

Previous editions of Rant on the Sabbats

Samhain: “What in Samhain?”

Yule: “Putting Mabon Back in Christmas”

March 6, 2015
Witch is Worse?: Why we need an American Council of Witches ... or something
Next Post

March 11, 2015 Bowing before the personified impersonal: Prayer for an atheist Pagan
Recent Comments
0 | Leave a Comment
Browse Our Archives
Related posts from The Allergic Pagan 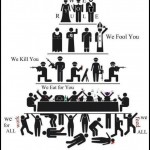