Putting Mabon Back in Christmas

This is part 4 of my ongoing rant about the Neo-Pagan Wheel of the Year (Lughnasad, Mabon, Samhain).  Yule is actually the station on the Wheel that I have the least problem with, which is a little ironic since it is the station that a lot of other Pagans seem to be the most ambivalent about, obviously because of its proximity (temporally and symbolically) to Christmas.

It’s no wonder Pagans are ambivalent about Yule, since many Christians are ambivalent about Christmas.  When I first became Neo-Pagan, I admit that I delighted in discovering the Pagan origins of Christian holidays.  But now I just find the whole discussion tedious.  A Quaker acquaintance recently informed me (not knowing I was Pagan) that many Christmas traditions are really pagan.  As examples, he gave the Christmas tree and the Yule log.  (What the heck is a Yule log anyway, and why should I care?)  His intent was obviously to discredit Christmas.  He explained that he does not observe Christmas, because “every day should be holy day”.   This just seems pedantic and uninspired to me now.

Whether the speaker is Neo-Pagan, Christian, or atheist, the assumption always seems to be that a religious tradition must be pure of other influences in order to be legitimate (a function of thinking that all religion is revelatory religion).  There is probably no such thing as a pure religious tradition in reality.  Ancient Judaism (or Yahwism) was pagan — ranging from polytheistic to henotheistic and blantantly embracing idols.  Early (pre-Imperial) Christianity was really just a Jewish sect.  Imperial Christianity blended Christianity with so many pagan traditions, it’s impossible to say where one ends and the other begins.  And, since it grew out of a Christian context, early contemporary Paganism has been called “radically dissenting type of Christian sect” (Aidan Kelly quoted by margot Adler) and a “bastardized version of Christianity” (Linda Woodhead, quoted by Joanne Pearson).  Christianity and Paganism are like a mermaid; there’s no separating the fish (Christianity, of course) from the topless woman (Neo-Paganism, of course).

Even if it there were a pure religious tradition, I prefer those bastardized traditions that are a mix of many influences.  Christmas (like Hallow’een) is a sublime mix of Christian, pagan, and commercial traditions as Jason Mankey has recently detailed.  And I love it that way.  Whether you are Christian, Pagan, or atheist, I say, “Embrace it. And make it your own!”

There’s good precedent.  If anything is true about the history of religions, it’s that nothing is so sacrosanct that it can’t be borrowed, appropriated, stolen, revised, amended, and “reclaimed”.  I suspect that Gerald Gardner was a misogynist and maybe a bit of a perv.  But did that stop religious feminists in the 1970’s from appropriating Wicca and rendering it “wimmin’s religion”?  No!  Ancient pagans were patriarchal, tribal, and not always ecologically wise.  But did that prevent a bunch of hippies from making it into an earth-centered religion of a Great Goddess?  No!  And Jesus most likely intended only to reform Judaism, but did that stop Paul from turning the movement into a universal religion for all Gentiles?  No!  So whatever its origins, Christmas is fair game.  And we Pagans should own it.

Whenever I hear a Neo-Pagan say that the winter solstice is a “minor Sabbat”, I can’t help but roll my eyes.  What makes it “minor”?  The fact that Margaret Murray only listed the cross-quarters as witches’ sabbats?  Because Gerald Gardner only added the quarter days as an afterthought?  There are eight stations on the Neo-Pagan Wheel of the Year.  Why would one spoke of a wheel be minor and another major, especially in a tradition that emphasizes balance?  And if one is going to be minor, why the winter solstice of all days, the day the light begins to return, the day most of Western civilization is praising the birth of the Son/Sun?   Really?  Imbolc is “major”, but Yule is “minor”?  I don’t think so.  I suspect that this “minor” stuff is just a way of trying to keep Yule from becoming Christmas (which is anything but minor).

For me, the winter solstice marks the beginning of what John Beckett calls the “Twleve Days of Solstice” which encompasses Christmas Eve, Christmas, and the New Year.  Really, it’s all the same thing to me, one long celebration of light emerging from the darkness.  The longest night of the year is when the light is symbolically reborn and the days begin to lengthen again.  The darkness, in the form of the Holly King (Santa Clause?), still reigns, but it begins its decline, as the light begins its ascendancy.  The Goddess returns from the Underworld.  She travails and bears her Son, the Sun Child (i.e., Mabon).  The Goddess’ ascent from the tomb mirrors the coming forth of the Sun Child from the darkness of her womb.  This theme runs through the solstice, Christmas, and the New Year.

This year, we are having a Unitarian friend over for the winter solstice.  On Christmas Eve, we’ll attend a Unitarian vespers service and a Catholic midnight mass.  We’re foregoing gifts this year and adopting a family in need.  And for the New Year, I’m planning a Cosmic Calendar Countdown inspired by paganism.com/2013/12/04/starstuff-contemplating-by-jon-cleland-host-evolutionary-parenting-and-the-holidays/" class=" decorated-link" target="_blank">Jon Cleland Host’s “evolutionary parenting”.  We’re unabashedly eclectic.

So what to call this solstice season?  I like the name “Yule”.  It’s Anglo-Saxon, which corresponds with the other Anglo-Saxon names for the summer solstices and spring equinox.  It is also useful from an interfaith perspective, in that it is not completely foreign to Christians (“Yule-tide cheer”).  The only problem is that no one knows the origin of the word “yule”.  (I’ve seen etymologies to “wheel” and to “jolly” to “sacrifice”.)  I do have a problem with the name “Midwinter” though, which is the second most popular Neo-Pagan name for the date.  Here in the United States, late December is the beginning, not the middle, of winter.  The middle of winter actually comes in early February, halfway to the Spring Equinox.  There are plenty of other good names, though.  “Winter Nights” (already used by Heathens) and “Mother Night” (Modranicht), which comes from Bede, aptly characterize the seasonal theme.  Another possibility is “Sol Invicti” from the Roman festival, “Dies Natalis Solis Invicti” (Birth Day of the Unconquered Sun), which Christmas replaced.  I like to think of the night preceding the solstice as “Modranicht” and the day after as “Sol Invicti”.

The only other bone I have to pick with the solstice season is its overemphasis on the light.  Light all the candles you want — the more the better — but remember that what makes those candles really shine is the darkness in the background.  This is after all the season of the Holly King, the dark twin of the Oak King who is born at the summer solstice and grows in power as the Sun’s strength weakens.  I think there should be a little of the feeling of the Wild Hunt left over from All Hallows.  And there’s plenty of dark material we could draw on.  Sorry Megyn Kelly, there is a black Santa.  No, I’m not talking about Billy Bob Thornton.  I’m talking about characters like Black Peter and the Krampus.  (Thanks to Jason Mankey for turning me on to these dark fellows.)  I wouldn’t mind a little sinister with my jolly.  That’s why I love the picture of the Holly King above.  (I don’t know if that look is protective … or hungry.)  I mean, can we really call ourselves Pagan if we’re not scaring some Christians a little bit?

Merry Christmastice to all, and to all a Good Modranicht! 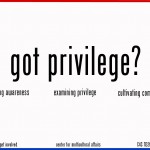