You Can Be a Good Athenian and a Gadfly

You Can Be a Good Athenian and a Gadfly August 6, 2015 John Halstead

John Beckett is one of the most self-possessed and equanimous people I know — both in person and in his writing.  He’s fairly described himself as the “parish priest” of Paganism.  So I knew I must have done something wrong for him to call me out yesterday in his post, “You Can’t Practice Paganism While You Look Down Your Nose At It.”  I agree with much of what John wrote, but there are some things I’d like to clarify.

John Beckett begins his post describing a service held to honor certain Egyptian gods.  Sacred space was created.  The gods were invoked.  Offerings were made.  Those present listened for a response.  And at least some of those present received a response.  The group was diverse.  It included polytheists, a monist, and someone who doesn’t talk about the gods very much.  Maybe he was an atheist Pagan.

The truth is, I would have felt perfectly comfortable at that ritual.  If you know me only as an atheist Pagan, then you will be surprised to know that some of my rituals look a lot like John Beckett’s.  I invoke gods on a daily basis.  Every morning I invoke “Indra” as part of my morning devotional.  At night, I invoke gods with less familiar names who are more personal to me.  And I make offerings as well — usually libations — on the eight high holy days of Neo-Paganism.

Do I believe these gods are radically separate from me?  No.  But neither do I believe that you and I are radically separate from each other.  True, for me the gods are more psychological than metaphysical, but for me saying something is psychological is not reductive — because I believe in “a psyche the size of the earth”.  In any case, I can participate in a polytheist ritual without making an ass of myself.

John wrote: “Distinctions matter – all these different ways of thinking about the Gods [i.e., polytheist, monist, etc.] aren’t equally true or even equally helpful.”  I agree, but I would say that different ways of thinking about the gods are more or less helpful in different situations.  Polytheism has certain advantages and disadvantages.  So do monism, archetypalism, and atheism.  All of them need to be qualified.  And teasing out these distinctions and qualifications is what I call theology.  And both John Beckett and I think theology is important.

John asks, “But is that loud and vociferous atheism actually helpful?”  His implicit answer is “no.”  But I think a “loud and vociferous” atheism is as important as a “loud and vociferous” theism.  Atheism is just one more form of theology, like pantheism and polytheism.  There are loud and vociferous theist voices in the online Pagan community, and they need to be balanced, so that those who believe differently feel that they still have a home under the Pagan umbrella.  I have heard too many people tell me that “atheist Pagan” is a contradiction in terms.  And I’ve heard too many people say that they no longer felt welcome in the Pagan community due to a growing polytheist orthodoxy.

3.  Promoting Belief (in a World Without Gods)

John accuses me of “promoting disbelief”.  I agree that I have fallen into the trap of phrasing my position in the negative.  I would rather say that I am promoting belief of a different kind — belief in a world without invisible beings, belief in a world where what you see is what you get, but a world where the visible is still a vast undiscovered country, a terra incognita.  I believe in this world, and I feel strongly that belief in other, invisible worlds is a distraction.

And I am also promoting belief in the scientific method.  True, “modern society’s over-reliance on the scientific process has led to ‘individual neurosis, social alienation, and environmental degradation.’”  But I’m not ready to chuck it.  And that’s the point of my last post: rather than abandoning rational thought, we need to find a way to transcend it, to incorporate its insights with those of pre-rational modes of consciousness.

What exactly that looks like, I’m not sure.  I’ve found what I think are indications of it in many Pagans’ writings here at Patheos — including John Beckett’s — and elsewhere.  But my point is that, as we criticize positivistic science for disenchanting the world, we need to make sure we’re not throwing the baby out with the bathwater.  I don’t think the solution to disenchantment is to go backwards to a pre-Enlightenment way of thinking.  Rather, we need to discover a post-Enlightenment way of thinking and talking.  And that is, I think, the promise of Paganism.

4.  The Disenchantment of Hard Polytheism

The atomistic theology of “hard” polytheism plays into the hands of an objectifying science and perpetuates the alienating discourse that led to the disenchantment of the world in the first place.  Morris Berman explains, “The scientific mode of thinking can best be described as disenchantment, nonparticipation, for it insists on a rigid distinction between observer and observed. Scientific consciousness is alienated consciousness; … The logical endpoint of this worldview is a feeling of total reification: everything is an object, alien, not-me.” Polytheists make the same mistake when they insist on a rigid distinction between the gods and us.

As “natural polytheist” Alison Leigh Lilly has written in her essay “Naming the Water: Human and Deity Identity from an Earth-Centered Perspective”:

“If human identity is complex, both personal and social, physical and psychological, spiritual and ecological — why should we expect deity identity to be any simpler? If our sense of self-identity is fluid and changeable, interconnected, responsive to the teeming, dancing life that permeates and surrounds us — why should we expect the gods to be objective, discrete and separate beings? The experience of spiritual practice and the biology of physical life teach us otherwise — showing us both the astounding unity and the sacred, interconnected multiplicity of being.”

I sympathize with those polytheists who are eager to prove that their gods are “real”.  But by emphasizing the “separateness” of the gods, they are playing by the rules of positivism and, so, they have already lost the game.  Rather than insisting that the gods are real because they are separate from us, we might rather argue that what is real is not the radically separate, but the radically interconnected — and that applies to us, the earth, and the gods.

5.  Being a Gadfly and a Good Athenian 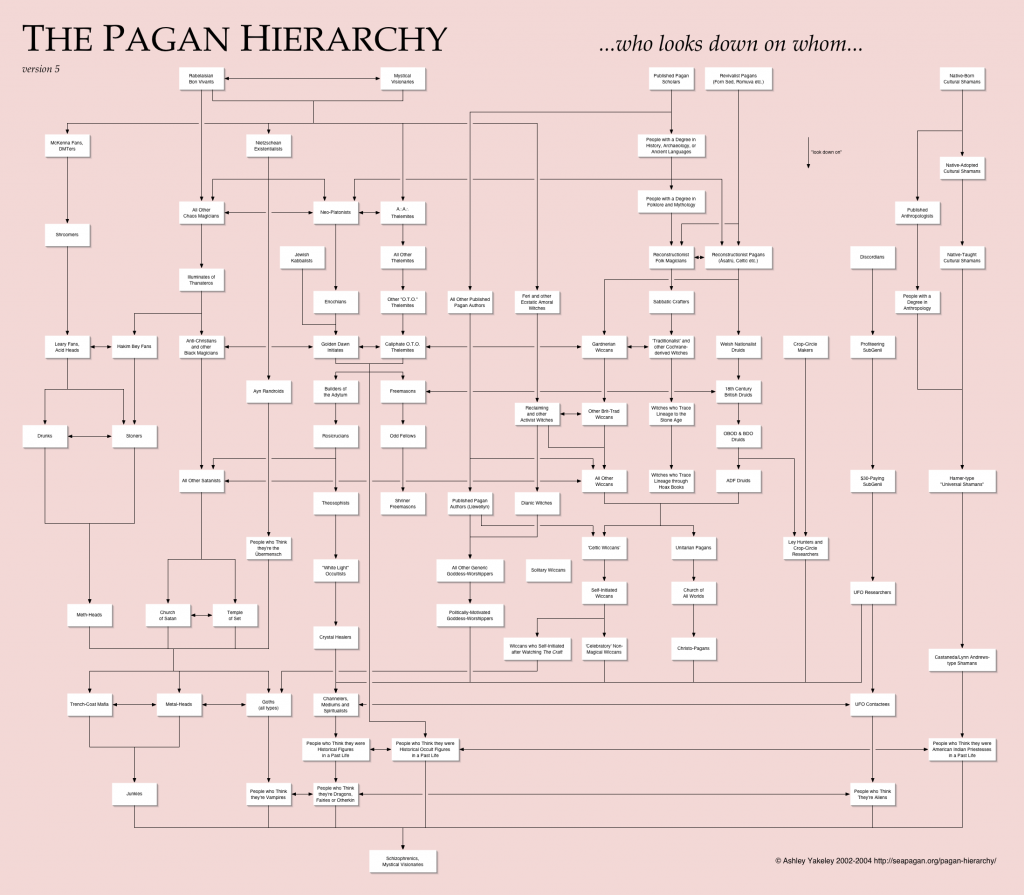 That being said, there is a difference between “looking down your nose” at something, and adopting a critical mindset with regard to it.  John Beckett quotes Peter Grey saying, “In our desire to harm none we have become harmless.”  John Beckett’s point was that by courting “respectability” I loose the critical edge needed to reenchant the world. And there is merit in that argument — although I wonder how we are to reenchant the world if we cannot communicate our vision to the rest of humanity.

In addition, Peter Grey’s quote cuts both ways.  I would argue that the taboo in Paganism against criticizing other Pagans’ beliefs has rendered us theologically “harmless”.  Sometimes, it is more important to be rigorous in our thinking than it is to make everyone feel good.  Sometimes it is only the most loyal of patriots who criticize their country.  I think it is possible to be a good Athenian and a gadfly, just as it is possible to be a good Pagan and a critic of Paganism. 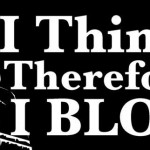 August 19, 2015 Internet Paganism Is Not Paganism, or Why I Am Still A Pagan Pain the Ass
Recent Comments
0 | Leave a Comment
Browse Our Archives
get the latest from
Pagan
Sign up for our newsletter
POPULAR AT PATHEOS Pagan
1

Energy For Witchcraft When Your Personal...
3 Pagans and a Cat
Related posts from The Allergic Pagan