Christianity as the Modern Pagan Scapegoat

Christianity as the Modern Pagan Scapegoat May 11, 2016 John Halstead

Last month, Patheos asked bloggers to write on the topic of the “role of the scapegoat.”  Needless to say, it’s a very Judeo-Christian writing prompt.

We Pagans like to think we don’t have scapegoats in our religion, because we don’t have a concept of “sin” or divine guilt.  And yet, we do have scapegoats — at least in the psychological sense.  Speaking for myself, Christianity has been my scapegoat for a long time — and I think it’s one that a lot of Pagans have.

Scapegoating is a way of projecting one’s Shadow onto others.  We blame others for circumstances on our lives that we have some responsibility for.  Our refusal to recognize our responsibility is our Shadow.

Paganism has a complex relationship with Shadows.  Sam Webster has called Paganism “the Shadow of Western civilization”.  It’s something we can be proud of.  The Neo-Pagan Horned God and the Mother Goddess, for example, are the Jungian Shadow of the Christian god, the part of the divine that Christians have amputated and demonized.

But we Pagans have our own Shadows too.  Just because we are engaged in in reclaiming the holy animal and the divine feminine from the Christian unconscious, does not mean that we have eliminated our own Shadow.  Every light which we cast onto the Shadow of Western civilization casts its own Shadow in turn, both revealing and concealing.

One of Paganism’s Shadow gods is, I think, Kore/Persephone, the Eternal Victim.  I don’t think it’s a coincidence that the story of Kore’s forcible descent into the underworld (read rape) is one of the most popular myths among Pagans.  In many ways, we Pagans have not moved beyond our victimhood.  Two of our most important myths, the myth of matriarchal prehistory (followed by the invasion of the partiarchal Kurgans) and the myth of the Burning Times, both locate the origins of contemporary Paganism in stories of victimhood. While it is important to recognize both the historical violence that has been perpetrated upon women and minorities, the victim archetype, when not recognized, can impede healing and growth.  This archetype finds expression in the ways we scapegoat Christianity, in the way we connect the historic persecution of pagans by Christians hundreds of years ago to our personal histories in questionable ways, in the perennial debate over the legitimacy of Christo-Paganism, in the animosity toward those who leave Paganism for Christianity, and in the way Neo-Pagans and Polytheists sometimes slur each other with the epithet of “Christian”.

It also comes out in the Pagan perpetuation of the White hypothesis, Lynn White theory that Christianity is responsible for our current ecological crisis.  In his 1967 article, “The Historical Roots of Our Ecological Crisis”, White traced the ecological crisis to the triumph of medieval Christianity over pagan animism, and even further back to the Biblical injunction to man to “subdue” the earth and exercise “dominion” over every living thing.  The White hypothesis was foundational to the emerging Neo-Pagan identity and continues to be so for many Pagans.  The same year that White’s article was published in Science, two important Neo-Pagan organizations were founded: Fred Adams’s Feraferia and the Church of All Worlds (CAW).  The CAW in particular was responsible for the appellation of the term “Pagan” to the loose community of spiritualities concerned with nature, magic, and polytheism which were emerging at that time on the West Coast and elsewhere.  And both Feraferia and CAW explicitly styled themselves as nature religions in conscious contrast to Christianity.

In spite of its continued popular appeal, academics now understand that White’s hypothesis is oversimplified and can only be taken as true if heavily qualified.  For example, recent studies have show that the connection between Christian theology and environmental abuse is more complex than White theorized.  On the one hand, Andrew Greeley has found that biblical literalism correlated with low levels of environmental concern.  Likewise, Sherkat & Ellison found that beliefs in the inerrancy of the Bible negatively influenced pro-environmental action.  And Barker & Bearce have correlated end-times theology or apocalypticism with resistance to policies addressing climate change.

On the other hand, Greeley also found that Catholics who embrace “gracious” image of the Christian god, (i.e., as Mother, Lover, or Friend) exhibited higher levels of environmental concern than other Christians.  Likewise Tarakeshwar et al. found that the “sanctification of nature” by Christians, in which nature is seen as sacred or a manifestation of the Christian god, is correlated with greater pro-environmental beliefs and intentions. And Arbuckle & Konisky found that Jewish individuals were more environmentally concerned than Christians, even though they shared the same religious lineage and creation myths.  This suggests that Christianity, like every religion (including Paganism), is a complex mixture of concepts and practices that can be used to either rationalize environmental neglect or encourage ecological harmony.

I myself perpetuated the White hypothesis for many years until I started to take an honest look at Paganism (including my own) and question whether Paganism really is a “nature religion”.  Ancient pagans peoples of North America, Polynesia, and Europe hunted species to extinction and were responsible for the deforestation of Europe.  And Dr. Kimberly Kirner’s (as yet) unpublished study suggests that contemporary Pagans may not be any more environmentally wise than our pagan predecessors.

Many of us come to Paganism from various forms of Christianity — often patriarchal and authoritarian versions of Christianity — and it is natural and right to feel victimized by those religions.  It’s even healthy, I think, to recognize the ways that we have been victimized — how else to move beyond them?

And yet, this feeling of victimhood can itself become pathological.  At least it did for me.  My feeling of having been violated by Christianity allowed me to justify an irrational animosity toward Christianity and toward Christians.  It kept me is a state of self-congratulatory righteousness which blinded me to the ways in which I still needed to grow.  And it prevented me from recognizing my own part in my victimization.

Not all victims have a part in their victimization, but I did.  I see now that my experience of the Christian god was as much a function of my own personality as it was anything I had been taught in Sunday School.  I see that, on some level, I actually chose to believe certain things that were neither true nor healthy for me to believe.  I chose to believe, not because I was forced to, but because in some ways it was easier to continue to believe.  Continuing to believe did not require me to face certain things about myself … and about the world.  Not to mention that continuing to believe allowed me to maintain a certain amount of domestic harmony with my Christian wife.  Yes, I had been fed a line of BS at an early age, but as I got older, I continued of my own volition to eat that line with relish.  Scapegoating Christianity was my way of hiding from myself my own role in my victimization.

I wonder if the collective scapegoating of Christianity by Pagans is limiting us as a community.  Certainly, it can keep us from recognizing the good and the beautiful in Christianity and other monotheistic religions — which cuts us off from potential allies in interfaith and environmental work.  But even more than that, might it not be perpetuating a collective sense of self-satisfaction, insulating us from outside criticism, and blinding us to the ways in which we still need to grow as individuals and as a community.

For example, while we congratulate ourselves on being a “nature religion” in contrast to nature-dominating Christians, there is anecdotal evidence at least that the “nature” which many Pagans worship is more of a psychological construct than a direct experience, a romanticized ideal which serves as little more than a backdrop to esoteric rituals which themselves bear an ambiguous relationship to nature.

I’m sure there are other examples of our scapegoating Christianity and projecting our Pagan Shadows onto Christians (and other Pagans/Polytheists).  Anytime we feel smug about not being Christian (anymore) or accuse another Pagan or Polytheist of being too “Christian” — then we’re probably doing it.  And when we catch ourselves doing it, we have an opportunity, an opportunity to take back our projections and reclaim our Shadows.  We can do that by asking ourselves: What am I hiding from myself? Where do I need to grow? What can this (Christian) other teach me? 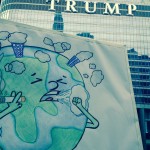 May 10, 2016
My Winding Path to Environmental Activism: Introduction (Part 1/10)
Next Post 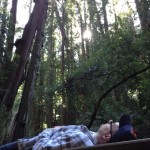 May 12, 2016 “If you want to go live in a tree, just let me know.”: My Winding Path to Environmental Activism (Part 2/10)
Recent Comments
0 | Leave a Comment
Browse Our Archives
get the latest from
Pagan
Sign up for our newsletter
POPULAR AT PATHEOS Pagan
1