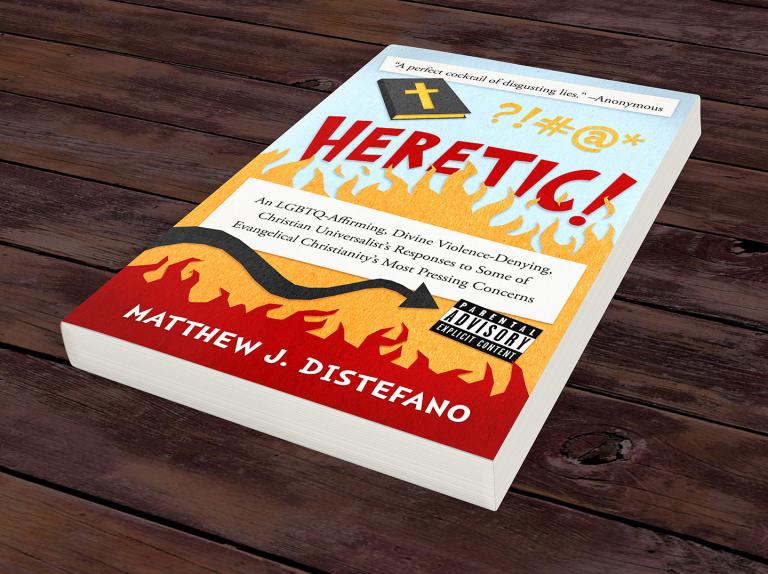 I wanted to take a moment to introduce my forthcoming book Heretic! An LGBTQ-Affirming, Divine-Violence Denying Christian Universalist’s Responses to Some of Evangelical Christianity’s Most Pressing Concerns. It comes out April 1 on Quoir Publishing (not an April fool’s joke), and can be purchased from Amazon and any other online retailers. It is a book that I’m really excited about, not only because I wrote it (duh!), but because throughout all of April, my royalties will be donated to the Preemptive Love Coalition, whose mission is to aid those who have been decimated by war. On top of that, for the first month, the Kindle version of the book will only be $0.99.

So, without further ado, here is a brief introduction:

I have been “doing theology” publicly—on Facebook and elsewhere—for roughly four years. If you’ve engaged with me on that platform then you know it has been quite an interesting ride to say the least. If you have not, then what you must know about me is that I rarely, if ever, sugarcoat things. I don’t pull punches and I don’t let harmful ideas go unnoticed. Furthermore, I put a lot—I mean a lot—of ideas out there and try to remain as transparent as possible. This can lead to some fun banter, but it is not without its risks. Sometimes it bites me in the ass and I am forced to publicly admit where I have been in error. The ego is not a fan of such things. Yet, ultimately, this is a good thing as we all must grow, and how can we do so unless we challenge ourselves and our current beliefs? Given this reality, then, sometimes you just have to take it on the chin and learn from your mistakes.

Being an author and theologian who affirms universal reconciliation, and who is, to some extent, currently positioned in the public eye, I have been afforded the opportunity to be asked a litany of thought-provoking questions. Because of this, I’ve gotten a feel as to what is on people’s minds. Indeed, while some questions have been absolutely dreadful—hostile, angry, purely emotional, and on a few occasions, even laden with physical threats—others have forced me to push myself and grow in ways I never thought imaginable.

It is these we will focus on throughout the book.

If I may be so bold, the thought of universal salvation, at least initially, evokes a visceral response from most Evangelicals that goes something like this: “Well if that is the case, then what is the point in following Jesus?!” Because I have been asked this question so many times, I thought it best to tackle it right off the bat in chapter 1. Then, in chapter 2, we’ll address the subject of biblical cherry-picking. It seems this is an issue with scores of Protestants, who tend to believe that if you do not affirm every theological claim in the Bible then you are just flippantly picking whichever cherries you desire. This couldn’t be further from the truth, as rather than being frivolous cherry pickers we will in fact be following Jesus of Nazareth and the Apostle Paul as our models in how to read the Scriptures.

Chapter 3 will build upon chapter 2. We’ll touch on Rene Girard’s mimetic theory and explain why, throughout history, regardless of culture or religion, qualities like vengeance and a desire for sacrifice are so quickly and consistently projected onto the divine. Then, piggybacking off this, chapter 4 will explore why our understanding of the Scriptures is different than what is known as Marcionism—an unfair charge that has often been levied against Girardians such as myself, or pretty much anyone else who says that God’s nature is exactly like Jesus’.

Chapter 5 will cover the issue of homosexuality, which can be a most contentious subject. But, we will not shy away as we attempt to put forth an argument for the full inclusion of the GSM (Gender and Sexual Minority) community into the Church at-large.

Chapter 6 will explore Universalist thought in the early Church, as it seems we tend to forget just how acceptable a doctrine it was for many Patristic Fathers.

In chapter 8, we will move on to the topic of free will. Most Christians contend one of two things: that scores of human beings will ultimately be lost to the flames of hell on account of their own “freedom,” or that God sends them there. Nevertheless, as we’ll hopefully discover, both views have their major pitfalls.

Chapter 9 will then deal with the notion that God’s love and wrath are somehow mutually exclusive, juxtaposed against one another, rather than God’s wrath, like all other attributes, being that which flows from his infinite outpouring of love.

Finally, our closing chapter will be a discussion about a topic that used to scare the living daylights out of me, namely, the End Times ™ and more specifically, the less than two-hundred-year-old doctrine known as the Rapture.

Now, all that being said, please do not think of this book as some end-all-be-all when it comes to theological matters. It is far from that! Rather, it is a simple and succinct set of answers to the questions I hear most often. Perhaps we can even call it my confession of faith, where I opt for brevity more often than not. Forgive me (there’s a lengthy bibliography if you desire to dig deeper). Nevertheless, if you do not find yourself in agreement with me, then that is perfectly fine (as if you need my approval!) Maybe you can write a letter if you see fit. I am always open to dialoguing about these issues, so long as things stay respectful and kind. Theological discourse constantly excites me; a vigorous debate is something to be cherished, rather than feared and shied away from. Just don’t call me a heretic or worse—not unless you want to end up on the back cover of a book (wink wink).

Take from this book what you will. I do my best to keep things short and to the point. Often times I am cheeky, and sometimes I can be rather biting. I hope that is okay with you. Oh, and I cuss from time to time.

In spite of these rough edges, however, the heart of this project is love. Love is the reason I do what I do and, in fact, is the reason why any of us exist in the first place. So, my goal is to spread love and to proclaim, in the words of my wife’s favorite author, Rob Bell, that love wins! All else is just the particulars, which this book attempts to decipher. Perhaps I am a bit off, but aren’t we all? Yet, in spite of such error, as Bernard Ramm teaches: “God forgives our theology . . . just like he forgives our sin.”

Thank God for that!

*Be on the lookout for this book, and if you have a spare $1 laying around, pick up the Kindle version. Every dollar helps those in need. 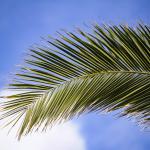 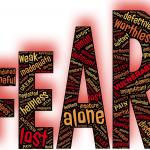 April 2, 2018 The Consequences of a Fear-Based Worldview
Recent Comments
2 Comments | Leave a Comment
Browse Our Archives
get the latest from
All Set Free
Sign up for our newsletter
POPULAR AT PATHEOS Progressive Christian
1