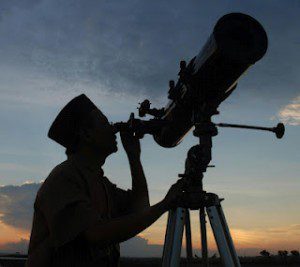 Across the globe, Muslims prepare for battle — an annual melee that shows little mercy, pitting brother against brother, child against parent, wife against husband. Forget teams Edward and Jacob. The teams here are deeper entrenched than the most enamored teenage heart.

Thursday night, July 19, 2012, according to scientific calculations, the new moon breaks. No, not a new installation of Twilight, but the actual moon. Ordinarily, no one would care. But at this time of year, every year, the calculated birth of the new moon creates divisions both frustrating and highly entertaining. You see, the birth of the crescent in the next day or so will signals the start of the sacred month of Ramadan. A time of joy and celebration? Read on.

Welcome to the world of post-modern Muslim angst, where following a lunar calendar has turned us all into a hot, confused mess. The controversy is simple:  Islamic tradition requires the actual sighting of the new moon, referred to as the “Hilal,” by reliable sources to announce the advent of Ramadan. In this day and age though, we can also calculate when the new moon will be born, regardless of whether it’s sighted. So when do Muslims start Ramadan fasting?

Thus we have Team Moonsighters vs. Team Calculators. The orthodox, or Moonsighters, strictly abide by the hadith of the Prophet Muhammad (peace be upon him), ordering Muslims to begin fasting when the Hilal is actually seen. The Calculators reason that the end game is to make sure the month has actually begun, and 1400 years ago it took a sighting to determine it. Not true today.

Neither side will give in or give up. So how does this play out?  Let me just illustrate, using my own family.

My parents like to keep things simple and go along with the local mosque, which happens to follow ISNA (Islamic Society of Northern America), which happens to follow the calculation method. I’m married to a hardcore Moonsighter, who believes in waiting for the announcement of a sighting from somewhere on the West coast of the U.S., where the crescent will be seen before the East coast.

The Hilal is generally not observable by eye until a day after its calculated birth, so we often begin fasting a day after my parents. My in-laws are also Moonsighters, but believe in waiting for the moon to be sighted in Saudi Arabia, which routinely takes place a day after it’s sighted in the U.S. What makes this even more convoluted and interesting is that Saudi Arabia officially follows the calculation method, but for those following the sighting of the moon over there, it means they will probably start fasting yet another day after the U.S. Moonsighters. Get it?

It’s not uncommon for my family, my parents, and my in-laws to start Ramadan on three different days, which sometimes mean we end the month of Ramadan on three different days, and therefore are not able to celebrate the Eid-al-Fitr holiday at the same exact time. As you may have guessed, coordinating family celebrations during this time can get tricky.

And just like my family, mosques, communities, and countries end up fasting and celebrating Eid on different days. In doing so, we have not only confused ourselves, but confuse the poor souls who try to accommodate our Ramadan and Eid needs. Try explaining this to interfaith partners, employers, and schools who coordinate iftars (fast-breaking meals), time off, and exam make-ups for a community that can’t agree when exactly they’ll need these things.

Countless attempts have been made in America to come to some consensus in the spirit of unity as to which method American Muslims should abide by. Unfortunately, the spirit of “Let-Me-Tell-You-Why-You’re-Wrong” has pretty much killed any chance of unity.

And this Ramadan, the Calculators will welcome the month of Ramadan and start fasting Friday while the U.S. Moonsighters will await word from California and maybe welcome it too. But probably not (at the time of publication, Moonsighters are not fasting on Friday as per not having sighted the moon anywhere in North America). And Saudi Arabia Moonsighters will perhaps get yet another day to feast before fasting. Having taken myself out of the battle long ago, I’ll just wait for my husband to announce, “It’s TIME.” Part of the fun is that this doesn’t usually happen ‘till well past midnight, adding another element of drama to the mix.

Regardless of when Muslims around the world begin fasting, these will be long, hot days without food, water, sex, or cursing (which could have probably relieved the pressure of abstaining from the other three, but bad behavior is also on notice this month). Despite the hardships, and maybe because of them, we welcome and cherish these days of blessings, prayer, community and reflection. Ramadan is a beloved friend, dear to Muslims, who relish the difficulties that eventually yield to spiritual sweetness.

Very soon, 1.6 billion people will rise before dawn to snack, pray and abstain from physical sustenance for upwards of fourteen hours at a time. We’re all on Team Ramadan. So remember when you run into your Muslim co-worker, employee, student, friend on Friday, they may be observing Ramadan and be a little slow, dehydrated, and cranky from fasting. Or, maybe not.

Rabia Chaudry is an attorney, president of the Safe Nation Collaborative, an Associate Fellow of the Truman National Security Project, and a columnist for altmuslim and the Muslim Channel at Patheos. 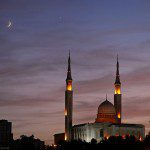 July 18, 2012
Welcoming Ramadan This Year without Family, But with a Community
Next Post 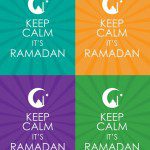 July 25, 2012 Realistic Ramadan Dreams
Recent Comments
0 | Leave a Comment
"Thanks for sharing informative blog with us regarding the halal meat revolution."
Boxed Halal Sustainability: The eco-halal revolution
"Salam. I am going to be blunt and honest with you. Girls who are doctors, ..."
Rubina Ahmed Looking for Love and Finding Awkwardness ..."
"FsyYOU are hate. Period."
Soren A Ramadan Testimonial of Repentance and ..."
"Thank you for sharing this article along with detail information, and you have mention the ..."
wazeer shaik The Path Through Hajj – One ..."
Browse Our Archives
Related posts from altmuslim