On the fourth Sunday of Advent, I attended worship at a mainline Protestant church. The text was Matthew 1:18-25, which describes Jesus’s virgin birth as the fulfillment of ancient prophecy (Isaiah 7:14)

The minister began with the issue of translation. He observed a discrepancy between the Greek and Hebrew words used in the texts. The Hebrew Almah suggests a young woman who has reached the age of childbearing. The Greek Parthenos, by contrast, refers to a virgin. He concluded that the Virgin Birth rests on a mistranslation.

“Why did he ruin it?” asked my daughter on the way home from church. Good question!

We had a similar experience two summers ago at the Shaw Festival in Niagara-on-the-Lake. The Shaw staged C.S. Lewis’s The Magician’s Nephew. For some reason, the production included the suggestion at the outset that the children’s experiences in Narnia might have been a series of dreams. Why ruin it?

The minister had some good reasons for his hesitation about Mary’s virginity. He worried about the church’s supposed fixation on sexual purity and the idea that God only equipped “pure” individuals for Christian service. Fair enough. And he worried that the idea of a virgin birth created problems for skeptical Christians inclined toward rationality. “If the literal meaning of the text is stumbling block,” he advised, “let it go.” Likewise, those who wanted to “hold onto it” should do so. I felt that I was reliving the Fundamentalist-Modernist controversy of the 1920s, or at least the furor surrounding the Revised Standard Version of the Bible in the 1950s. The virgin birth. Take it or leave it.

Not that there aren’t all sorts of scholarly reasons to question the infancy narratives of Luke and Matthew. Those narratives have no parallel in Mark, widely regarded as the earliest written of the four canonical gospels and a source for both Luke and Matthew. Paul does not mention a virgin birth; he does not mention Mary at all. Perhaps the infancy narratives are later, untrustworthy accretions.

As for Almah and Parthenos, but the minister’s basic point was correct. At the same time, “mistranslation” seems a bit stark. The Jews who translated their scriptures into Greek (the Septuagint) did not simply make a glaring error. Rather, they selected the word that for them best matched the Hebrew. It is possible that the meaning of Parthenos shifted in the several centuries leading up to Jesus’s birth, that a word that once meant “young woman” came to mean “a virgin.” It is also within the realm of possibility that both the Septuagint translators and Matthew understood the words at least as well as scholars living two millennia later!

At the very least, though, there are some reasonable questions about the infancy narratives in general and Matthew’s use of Isaiah in particular. In many congregations, there will be individuals skeptical about a virgin birth (and many other biblical miracles), but very few congregants will be familiar with the above arguments. Should churches seek to allay doubts? Defend one of the fundamentals of the faith? Ignore the subject?

My recommendation is to help all congregants inhabit the biblical narratives in their grandeur, and despite their improbability, quirkiness, and incompleteness. When I teach about the gospels in the university classroom, we discuss issues of authorship, dating, and source criticism. At least in my church, such topics are very welcome in the Sunday School classroom. Many people hunger for reliable and non-tendentious information on these and related subjects.

When it comes to the proclamation of the Word, however, the minister’s job is not to sow doubt. Some mainline Protestants have become doubt specialists. Doubt is almost valorized. I have heard several sermons over the years on Easter Sunday that set aside the question of a physical resurrection. I have heard countless sermons on Jonah, Sampson, Noah, and other narratives that begin with disclaimers. As I straddle the worlds of evangelical and mainline Protestantism, this is criticism from within.

I would also take issue with the opposite approach. Proclamation of the Word is not the same thing as defending the literal truth of scripture or the Bible’s infallibility.

What is important is for us to inhabit the stories of the Bible and for these stories to deepen our faith in God and Jesus Christ. As we move through Advent into Christmas and toward Epiphany, we begin with prophecies, meet John the Baptist, hear of an angel visiting a betrothed young woman, celebrate the birth of Jesus, mourn over the slaughter of Bethlehem’s other baby boys, and commemorate the visit of the Magi and the baptism of Jesus. These are an abundance of stories, enough for a lifetime not only of scholarly reflection but also of pondering in our hearts. Try not to ruin them! 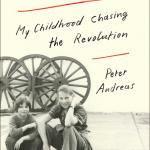 January 1, 2020
From Mennonite Pacifist to Marxist Revolutionary
Next Post

January 3, 2020 From You No Secrets Are Hid
Recent Comments
4 Comments | Leave a Comment
Browse Our Archives
get the latest from
Anxious Bench
Sign up for our newsletter
POPULAR AT PATHEOS Evangelical
1