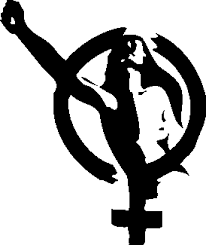 It was the common belief 40 years ago, and still for some living today, that the beautiful liberation the modern world now experiences – in its freedom from sexual taboos, freedom of ‘choice’, redefinition of love and marriage, denial of basic moral principles, etc. – was all very bold, very brave, very rad, man. If the movement could be personified, it would have been a tall, lusty woman who spoke confidently and sweetly, with dark eyes and flowers adorning her naked body. One doesn’t have to read to much of the literature published in the 60’s and 70’s to indulge in this vision.

But dreams fulfilled are often less sweet than those only ever dreamed, so it is with a certain sense of awkward embarrassment that we – the 21st century, the fulfillment of everything demanded in the 60’s and 70’s – look in the mirror and realize the actual personification of the dream; she is an old, decrepit woman, desperately propped and pulled up by Botex, bleach and tattooed eyebrows, with a deep, wet, hacking, smoker’s cough.

The reason for her decay is simple. In her eradication of virtue, she can barely even sin, and thus she is content to rot. To move from metaphor, let me speak clearly: I hold that the modern world sucks at sinning.

The first, and most obvious reason for this fact is in that modern morality allows everything. Perhaps I should be kind: Modern morality has slowly converged to the point in which the only thing you can do wrong is rape a child, and no one has a good idea why that’s wrong. But what does this large-scale allowance mean?  It means that sin is boring, yet committed more often. (God, what a terrible sentence to write.)

Think on this. 200 years ago, if a young man and woman were filled with passionate love-lust for each other, and said ‘to hell with morality, we’re making love’, they were doing what they knew they shouldn’t. They were tasting the forbidden fruit. And, in all likelihood, they were very happy doing it. I hold that the modern world has no idea what it’s like to taste forbidden fruit – not for any lack of eating it – but because it is fed to them from kindergarten.

Now obviously, sinning is an awful thing. But the modern world hasn’t stopped sinning, only made sinning unexciting and stupid. Again, less than 100 years ago, I suppose I could safely assume that people sinned because it made them feel good, because it made them happy. Sin was reckless. Now sin is responsible. Think of the reality behind the modern act of pre-marital sex. The woman is on The Pill, making her less attracted and less attractive to her man. She takes it every day, at the same time, as if indulging in a monastic rituals, despite all the health risks involved. The man wears his condom, removing himself from the very act. Really, that’s how you sin? Like clever businessmen, carefully calculating maximum rewards with minimum risk? As often as not, girls having sex with their boyfriends are doing it to instill commitment in their man, to reward him for acting properly in their relationship. Need I point out that this is a far cry from having sex because it makes you happy?

A wise man once said, “What good is it for a man to gain the whole world, yet forfeit his soul?” And I truly believe that at one point this was the choice we were presented with, the world or our souls. Now, stupidity of stupidities, man loses the world and his soul. He sins and doesn’t even gain the happiness, the full pleasure or the wild anarchy of the world.

Modern sin is not brave. It’s not even arrogant. It’s submissive, sniveling and cowardly. The list of justifications for sin has grown exponentially, and is usually obligatorily spewed as an opening monologue to any evil. I’m a public school kid, so I ‘ve had to deal with literal hours of explanation of the health benefits of marijuana, the wonders it works in society, the endless I-can-stop-any-time-isms. I’ve even – in some what of a weird situation – been Facebooked an extensive list of the psychological benefits of masturbation. My point is not that these things are bad and shouldn’t be done. That much is clear. My point is, once again, that the modern world, having lost the joys of virtue, is now losing even the joys of vice. The amount of time and effort spent justifying something to oneself is ridiculous, and works – with everything else I’ve mentioned – to make sin more frequent and more boring.

Gone are the days of the alcoholic Irish Catholic. He knew it was wrong to drink so much, did it anyways, felt bad as a result, and went to Church. I’m not saying that was particularly good, because all sin is evil, but look at the alternative the world offers us: the entire cast of Jersey Shore. These are odd times indeed, when Catholics are better at both virtue and vice, and I want to inform the people surrounding me, talking about their miserable sex lives, that I could sin way better than you.

But is this not what Satan would want? Is this not the ultimate victory of the one who hates us? Real hatred against you wouldn’t have you sinning happily. Real hatred would have you sinning awfully, bored with your very sin, addicted to shallow things, unable to taste even illicit happiness, much less real joy, sinning out of commitment, spending long nights justifying your actions, burning your bridges to wholeness, forgiveness and peace. Contrast this with sinning like an actual human being, with intent. When you actively deny God, you always invite him to pull you back, and always make it harder to sin in the first place.

So rather than lose the world and your soul, I invite you to choose one, with the recommendation that you – and I – pick the joy that will last forever, that will overflow within you in this life and allow you a life fully alive. The joy of virtue.