The Obama administration has just told the Catholics of the United States, “To Hell with you!” — Bishop David Zubik of the Diocese of Pittsburgh. 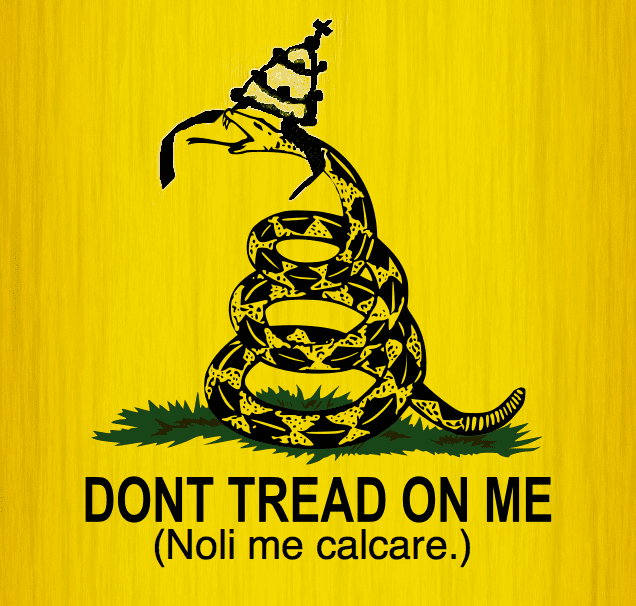 I am fully aware that these are days in which the federal government is — for all practical purposes — unlimited in its power. As it stands, you — sir — can detain any American citizen without due process simply because you suspect him of being a terrorist, you have magically managed to become the Chairman of the UN Security Council without the approval of Congress — despite that awkward Article 1.9 of the Constitution — and you — along with the FCC — seem to think the Internet is thine to regulate. Now I’m sure this sudden growth in power was seen as necessary, proper and really-cool by all of your staff, and thus I join in with their applause (but with those annoying, ironically-spaced claps that continue long after everyone else has finished.)

For there are those of us — yes, even a few of your happy-happy youth voters — who are curious as to whether the Constitution continues to mean anything at all. I distinctly recall holding it as a weapon against injustice, but I am now taught to regard it with a vague sort of embarrassment, as a pubescent boy might regard his grandmother on Facebook, who comments on his attempts to attract a girl with things like “just remember chastity!” 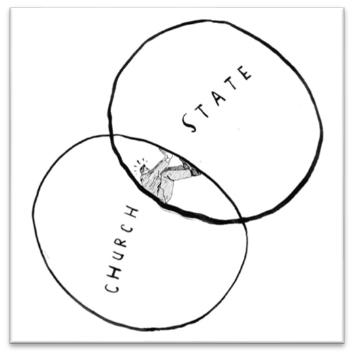 respecting an establishment of religion…” a claim which your administration has adhered to. But as it turns out, you cannot have the first part of this Establishment Clause without the second part, that is: “…or prohibiting the free exercise thereof.” (Similarly, you cannot take your wife “in health” without that aggravating precursor “in sickness”.) You are not allowed to establish a state religion, and you are not allowed to prohibit the free exercise of religion. You. just. can’t.

Otherwise, you are a Tyrant. Now, I know: Tyrant? (Quick, label the man an ultra-super-neo-conservative Tea Partier and ban him to the ranks of old men holding Ayn Rand signs so we don’t have to engage in rational debate.) I am 18.
I own a Macbook, a blog and a sweater-vest.
I don’t even like Capitalism.

So do me the courtesy of taking me seriously. Being a tyrant is not necessarily a negative or positive thing, though I know the word is loaded with a not-so-nice connotation. It is simply a matter of definition. A tyrant, according to the Merriam-Webster dictionary, is “an absolute ruler unrestrained by law or constitution”. If you prohibit the free exercise of religion, you are acting unrestrained by the Constitution, and thus as a tyrant. End of story.

In case there are any doubts as to my claim, I will give it to you straight: I hold that you are prohibiting the free practice of Catholicism in this country, and that you are thus, categorically speaking, a tyrant. 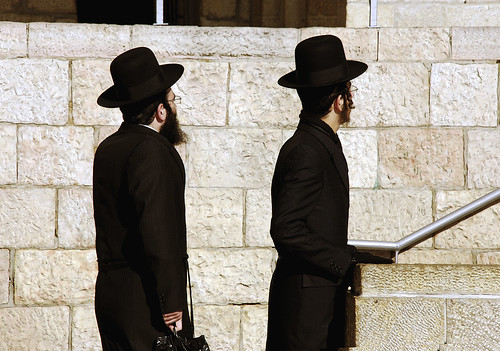 Catholicism, an antiquated, dying religion without many members — oh, snap, wait, I meant the largest form of Christianity in America and the largest religion in the world — teaches that the use of artificial contraception and sterilization is wrong, and thus does not allow its institutions to provide it. Here’s where everyone flips out and loses sight of the argument, so let me be absolutely clear: I am not arguing that the use of artificial contraception is wrong I do believe this, and firmly, but this is neither the time nor place to argue the point.

In fact, it would be best for all of us — Catholics included — to think of this particular Catholic teaching as silly, overbearing, and unfit for the modern mind to contain. Think of this teaching as you might think of the Jewish prohibition on pork, or the Hindu’s holding of the cow as sacred. Why? Because prohibiting the free exercise of religion does not become allowed in cases in which you happen to disagree with the religion, no matter how vehemently, unless that religion is directly violating an individual’s rights.

For instance, I disagree with the belief of Quakers, who will under no circumstances fight

So why is it that the government is allowed to force Catholic institutions — including my school — to provide coverage for artificial contraception in their health insurance plans, as the US Health and Human Services have mandated them do by the end of the year? How is this anything but the prohibition of the free exercise of religion? Short answer: It is the prohibition of the free exercise of religion, and a despicable, unconstitutional, entirely illegal, embarrassingly heavy-handed and very, very stupid prohibition at that. I will run briefly through the arguments in its favor:

But it is necessary. Women need contraception.

There is no argument from necessity here: According to the 2010 Guttmacher Institute report on contraceptive use in the United States, “Nine in 10 employer-based insurance plans cover a full range of prescription contraceptives,” and Kathleen Sebelius herself pointed out that even when contraceptive is not covered, “contraceptive services are available at sites such as community health centers, public clinics, and hospitals with income-based support,” not to mention pharmacies and doctor’s offices. And besides, women do not need contraception. I understand an employer being obligated to cover drugs relating to health. I do not understand why employer’s are obligated to provide for drugs that grant people responsibility-free pleasure. Again, I am not arguing whether or not sex-without-consequences is good or bad, I am merely pointing out that it is not necessary.

Just don’t take them yourself.

One cannot make the argument that while Catholics have the right to choose not to take artificial contraception personally, they should not be allowed to withhold artificial contraception from others any more than one could make the argument that while Jews don’t have to eat pork personally, their restaurants must serve the meat. No man is obligated to give another man what he believes is morally repulsive, unless his not giving it interferes with the rights of the other.

Well then, not providing free contraception violates the rights of women!

No it doesn’t. Not only can women get contraception elsewhere, but there exists utterly no “right to contraception.” And why would there be? I know our world is idiotic and sexist to the point of the embarrassing belief that women cannot prevent pregnancy without pills, but as it turns out, they can. In fact, if you’re a woman reading this, chances are you’re preventing pregnancy right now. (If not, rethink your sex life.) Thus a health-care provider not providing free access to artificial contraception does not damn women to pregnancy — oh, the horror — any more than not providing diet-pills would damn them to obesity.

But everyone has to do it!

No they don’t. Ed Whelan, over at the National Review Online, notes that “employers who employed fewer than 50 full-time employees during the preceding calendar year are not obligated to make any health-care insurance coverage available to their employees under Obamacare. 26 U.S.C. § 4980H(c)(2). Like employers with grandfathered plans, they thus have no obligation to provide insurance that covers contraceptives and abortifacients, and they face no penalty for not doing so.” The government is acknowledging that there isn’t a striking necessity for contraceptive coverage, certainly not enough of a necessity to force smaller companies to cover contraceptives. Why the mad rush to force Catholic institutions to provide contraceptives then? Why is it okay for small companies with no opinion in the matter to continue not providing contraception, while institutions that absolutely and morally reject the use of contraception must? An excess of stupid? An agenda?

Now I’m sure more objections could be raised, but the Internet is short, and I must be brief. Therefore: 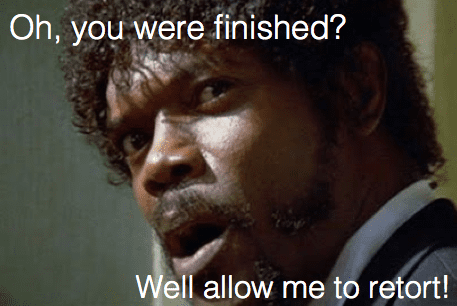 Mr. President, The Catholic Church will never obey this mandate, not if all the powers of Hell were to shove it down our throats. I know that moral doctrine may seem a strange and ancient thing to your administration, but understand that as Catholics, we are required to disobey unjust law. Commanded. It is our duty. Do you understand the gravity of the ultimatum you’ve made? You have placed the faithful Catholic in a position in which he must choose between obeying your mandate and obeying God. To comply with the HHS mandate will be considered a sin. Regardless of how you view your actions, do not so easily ignore how the Church views your actions — as attacking her flock. Force the mandate on faithful institutions, and faithful institutions will shut down their services. Force it on our hospitals, our universities, our schools, and our convents and we will bear the consequences of looking you, Sibelius and all the rest in the eyes and saying “No.” As it turns out, the Church doesn’t give a damn what you think — She never has cared for the powers of the world — and will resist you with all Her might. To be briefer still, and to say what those bound by politics cannot: Bring it.

Archbishop Timothy Dolan noted that ‎”The Amish do not carry health insurance. The government respects their principles. Christian Scientists want to heal by prayer alone, and the new health-care reform law respects that. Quakers and others object to killing even in wartime, and the government respects that principle for conscientious objectors. By its decision, the Obama administration has failed to show the same respect for the consciences of Catholics and others who object to treating pregnancy as a disease.” This injustice is not something that need solely concern the Catholic Church — if the federal government can force Catholics to act against their consciences, they can force anyone to act against their conscience, Jew, Muslim, Hindu, Buddhist and Atheist, and by the same pitiful reasoning.

Mr. President, take it back.

January 26, 2012
So, remember that time I invited David Crowder to become Catholic?
Next Post

February 1, 2012 Why Contraception Is a Bad Idea #1 -- Natural Law
Recent Comments
0 | Leave a Comment
Browse Our Archives
get the latest from
Catholic
Sign up for our newsletter
POPULAR AT PATHEOS Catholic
1