I wrote this post for the wonderful Anglicans over at The Hipster Conservative. It’s not safe for work, or school, or anywhere.

Our culture is sexually schizophrenic.

We talk more and more about the marvelous act of coitus, and we’re happily exposed to every arousing portion of the human body that can be used to sell us beer, cars, and deodorant — yet sex itself seems to be less and less fun. Only 64 percent of women report having an orgasm in their last sexual encounter (despite 85 percent of men thinking their partner had an orgasm), and in a recent survey, it was shown that 63 percent of married women would rather “do something else” than have sex with their husbands — watching a movie being the most popular alternative.

All in all, we cannot make up our minds between getting our freak on and collapsing into an armchair, bored and dissatisfied.

There is a parallel we might draw with this phenomenon of both inaction and inaction, of the simultaneous whittling of sex into an boring, unimportant non-thing and the hyping up of sex into an ultra-eroticized idol: Death.

In their death throes, humans fade into nothingness while flailing in fits of energy. At the end of all action, there is a panic of action. This saddens me to no end, for sex is awesome, beautiful, unifying, and life-giving, and yet we see mirrored in our sexual culture what we see in death — grotesque action on the way to final inaction. Is sex dying?

Read an interview by The Guardian entitled “Why sex could be history,” and you’ll find that the answer — for some — is a happy affirmative. Here author Aarathi Prasad points out that science has made it possible to divorce sex from reproduction, and that we should no longer view the two as intertwined. Sex is no longer strictly necessary to human beings.

Or look at the general “Christian” response to the sexual culture, incarnated in abstinence-education programs: Sex is dirty thing, a dangerous thing, an evil thing. Perhaps this is not intention of those running such programs, but it is another affirmative response to the death of sex.

READ THE REST FOR THE POSITIVE UPSWING AND STUFF

September 13, 2012
In Defense of Covering Catholic Churches With All Sorts of Gold
Next Post

September 17, 2012 Why I Receive Communion on the Tongue
Recent Comments
0 | Leave a Comment
Browse Our Archives
Follow Us! 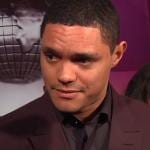 Trevor Noah Interviews Bill Gates and They Make...
What we have here is a comedian interviewing a tech billionaire and...