Plundering Cultures, or, the Things I Hate About France

I was on Facebook just now, and having read everyone’s status updates and creepily made my way through walls of people I haven’t seen in years (Facebook makes everyone creepy. It’s a fact we must accept. I love you, Bobby, and your wonderful business, so don’t think I’m knocking it.), I found myself staring at my own profile page and wondering what people think of me when they read it. (You do it too. Just like you google yourself. Facebook also makes us narcissistic.)

Anyway, I happened to glance at my children’s names and it struck me, all at once, that my husband and I plundered three different cultures to which we have absolutely no genetic connection in the search for the perfect name. Sienna=Italian, Charlotte=French, Liam=Irish. Furthermore, it occurred to me that the name I like the most comes from the culture I like the least.

Seriously, what’s up with the French?

I’ll admit that their cuisine is fantastic and their wine-making skills unparalleled (although personally I prefer Italian food and California wines), but the rest of their culture is…weird. And not weird in a good way, like those freaky Icelanders or the cylon Danes. No, France takes humanity in a direction it was probably never meant to go. Which, I think, is why they’re so cranky all the time.

For example, French cinema. I’ll admit that I liked Amelie as much as the rest of the wannabe-eclectic set, but the rest of French cinema seems to be nothing more than a collection of random, meandering storylines built on a subtext of homoeroticism and featuring at least one naked, unshaven woman. Or, alternately, the movies are a series of compressed action shots with little dialogue, lots of disgusting violence and acts of depravity, and zero coherency. And in the world of independent art houses, this is heralded as art. Not just art, but deep, meaningful art.

Do you think people say that something is deep when they can’t understand it? Or when, like many French films, it has no meaning at all? Sometimes I think so. I used to be one of those people, actually, when I was younger and thought I was cool. I always wondered if everyone else was terribly impressed and cast into awestruck silence after such a film because, like me, they had no idea what the hell they had just witnessed. Or why. You want a concrete example of such a film? La vie revee des anges (sorry, not going to go to the effort to get the accents right), or, The Dreamlife of Angels. After I watched this movie, I was depressed for a month. I think that’s the diabolical purpose of French cinema, actually. To make everyone depressed. So that they go to the Champs-Elysees and spend a thousand dollars on a scarf.

You know what else really bugs me about France? The French. They are the rudest people on earth. I know, I know, they don’t like foreigners who don’t speak their language. But see, I went to France, and after two years of college French I could stumble my way through some basic sentences, like, “Je voudrais acheter une baguette” (I would like to buy a baguette), which I actually used. Contrary to popular opinion, the French are not kind if you attempt to use their language. They are rude, and they ask “what?” repeatedly and pointedly, and then wave you aside and refuse to get you anything until a kind British man intervenes on your behalf in flawless French. What’s up with that?Also, the metro system! Not only is it way too clean, but it’s disturbingly easy to navigate. I don’t know about you, but I like getting on a metro, getting off at a stop that sounds either remotely familiar or sonically pleasing, and then wandering around the city for a while before paying a cab driver an obscene amount of money to take me where I actually wanted to go. But in France, it’s like, you get on a metro and the stops are labeled, and tourist areas are marked. So you get off on the right stop, because it’s impossible to ignore it. And you’re right across the street from where you wanted to go. Annoying!

At this point, I feel a little guilty about disparaging an entire country and culture, so here are some things I like about France.

Jim Morrison’s grave. This was the entire purpose behind my visit to France when I was nineteen, and to this day I’m not really ashamed to admit that I went to Paris and did not see the Louvre, but did spend four hours having a picnic on the grave of Le Brut, because his was the closest to Jim Morrison’s (which is blocked off because crazy fans like me have, throughout the years, done crazy things like have picnics on it). Then, as I reread this paragraph, I realize that, actually, I am a little ashamed. Also, a picnic? On a grave? Nineteen-year-old-self, you’re an idiot.

The cheese. All of it.

And that’s it. Those are all the things I like about France. And you, readers? What do you think about French culture and all things francophile? 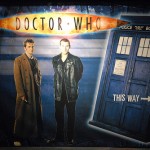 September 10, 2010 7 Quick Takes Friday
Recent Comments
0 | Leave a Comment
"So what you're really saying is that you use NFP because you don't want to ..."
Naters The Super Suckage of NFP
"I'm sorry, but planning pregnancy involves using birth control. did you miss that memo?"
leesa maire All Parenthood is #UnplannedParenthood
"Without knowing that God has a purpose for everything, my sufferings in life would be ..."
Jim J. McCrea Sentimental Claptrap, Part V: God Has ..."
"Has the photo been changed? Because what's at the top right now is photo of ..."
Evelyn Sex Breasts and Babies
Browse Our Archives
Related posts from Barefoot and Pregnant