Living the Life You Have

Living the Life You Have April 8, 2013 Calah Alexander 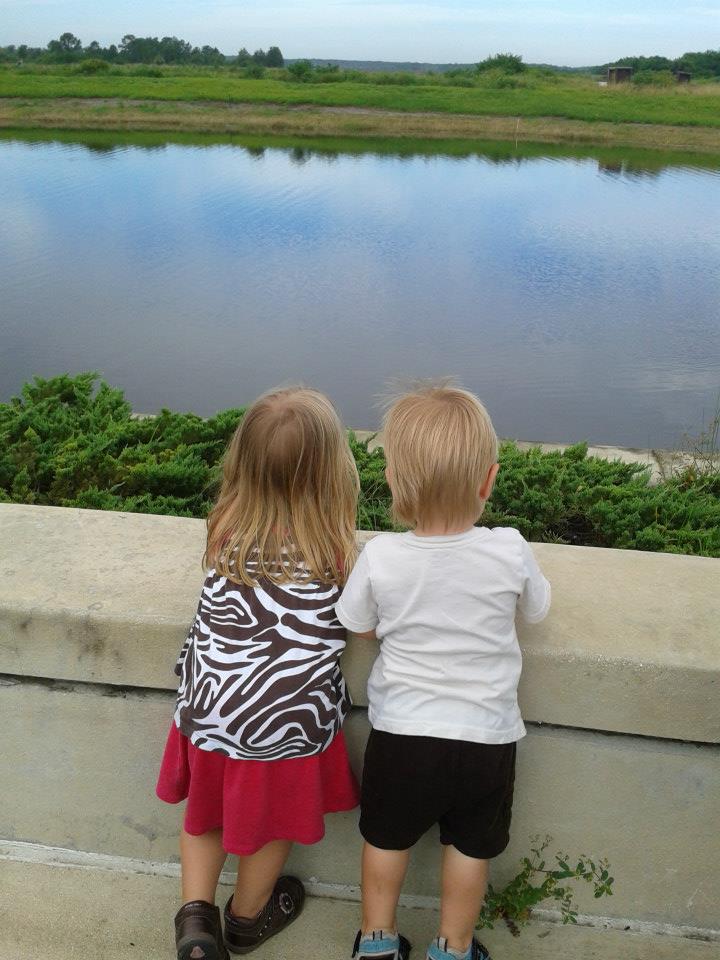 In what will probably be news to no one, my Lenten lights-out-at-sunset fast was more or less a failure. I say “more or less” because I don’t actually consider it a flat-out failure. The whole point was to try and organize my life so that I would have some time for prayer and silence. When it became clear that turning the lights out at sunset was going to be impossible, I started saying the Daily Office instead. It’s perfect, really. Taking a bit of time three times a day fits into the rhythm of our days. Actually, it’s helped to shore up the rhythm of our days, giving them more stability and more peace.

I was so captivated by Jen’s idea of hard stops that I tried really hard to make the lights-out thing work. I wanted it to work. I wanted to go back to an earlier understanding of a day’s work, before electric lights and television screwed up our circadian rhythms. I wanted to live in a simpler way, where the day ended after dinner and there would be peace and rest and I would sew by candlelight while the Ogre took out his fiddle and danced a jig in the middle of our log cabin in the Big Woods.

But that’s not our life. It isn’t who we are. Maybe it would have been who we were, if we had lived in the 1800’s, but I doubt it. I can’t imagine the Ogre fiddling or dancing jigs no matter when he lived, and he has to work at night anyway, so he was almost never home after lights-out. As for me sewing, well, let’s not go back there.

For the first few weeks of Lent, I couldn’t figure out what prairie mothers did with their unruly, schedule-defying babies. Lincoln picked the beginning of Lent to stop sleeping after dinner, naturally. And while he was awake, he was still tired and fussy, and he wanted to be held and rocked for hours. But he won’t nurse or lay his head down unless I have both hands on him. If I try to hold a book with one hand, he turns over and hits the book and cries until I put it down. So I was spending hours each evening rocking the baby by candlelight, staring at the covers of all the books I was longing to read, trying to pray, trying not to drift of to sleep in fear of dropping the baby, trying to write blog posts in my head and commit them to memory, all the while growing increasingly frustrated with everything, but mostly Lincoln.

Finally one night, I gave up and put on a movie. Lincoln was asleep enough to move to his crib fifteen minutes in. I’m guessing that all the frustration and tension I felt as I rocked him endlessly with nothing to focus on but how much I wished he would just sleep already was palpable. Once my mind was engaged elsewhere, I relaxed, he relaxed, and he slept.

The thing about hard stops is that we all have them. They’ve changed dramatically in the last hundred years, but they’re still there. And they’re different for different people and in different stages of life. Right now, my hardest stop is called Lincoln. I can’t get the floor mopped and the bathroom cleaned in the amount of time I think it should take if he wakes up and wants to be fed, changed, held, or even just looked at. And while I probably could organize my day so that the housework was done and the kids had played outside and been bathed before dinner, that would leave me no time for writing. I don’t write well at night because I’m tired. The reality is, it’s more important for me to write in the afternoon while the kids are napping and then do the housework after dinner. It isn’t ideal and I wish there was a better solution, but for now, that’s the best way to organize my days.

I came across a boxed set of the Anne of Green Gables novels in our garage the other day and have been reading my favorites. Last night, I found myself thinking longingly of how wonderful it would have been to have been raising children at Ingleside in the early 1900’s. I mean, I could just send them to play in Rainbow Valley and not have to worry that they would get eaten by alligators or bit by snakes or hit by a car or kidnapped by child traffickers! I could hang out on the verandah and read or quilt or gossip with my neighbors while Susan took care of dinner! I could run out the door to go visit someone and know that my kids would be safe in the capable hands of our live-in cook/housekeeper! But most of all, it would be such an exquisite relief to raise children in a world where I could be reasonably sure that my neighbors were teaching their kids more or less the same things that I was teaching mine.  A world where I didn’t have to be constantly wary, constantly worried that at the age of seven, Sienna would be exposed to porn or attempts to sexualize her or even just a too-extensive rundown of the facts of life from another kid.  A world where those big moral dilemmas weren’t so pervasive, where I didn’t have to agonize about how to handle them while watching the years slip by and knowing that I’d have to figure it out soon. A world with an objective morality left in it.

It occurred to me this morning, though, that it’s worse than counter-productive to spend time longing for days gone by. It’s detrimental to the days that are here. Our world will never again be what it once was. There are real advantages to living in this time. Vaccines, antibiotics, dishwashers, washing machines, Doctor Who. There are also real disadvantages. We’ve traded the constant fear of physical death from any number of rampant diseases for the constant fear of spiritual death from any number of rampant socially-acceptable sins.

But the thing is, this is the time that I was meant to live in. For whatever reason, I had to be born in 1984 and raising children at the turn of the millenium. It isn’t like God is surprised at the state of the world right now. He knew it was coming, and he put me here because he thought I could handle it. Spending all my time lamenting the state of the world today doesn’t do anyone any good. This is my world, the only one I will ever know. The world of 1910 might seem idyllic from 2013, but I imagine that I’d find it somewhat less than perfect if I actually lived in it.

Neither will it do anyone any good to shut myself off from the world, to isolate my kids and try and form a little commune of The World As Calah Would Like It To Be. Trying to force my life to fit the pattern of the life of a homemaker in 1800 was a patent failure. The few rewards were grossly outnumbered by overwhelming frustration and defeat. I’d imagine it would be doubly disastrous to try and raise my kids in a make-believe world that denies the reality of the one that’s actually turning beneath my feet and beyond my doors. Is it a frightening world? Sure, parts of it are. But there’s still wonder in it, and magic and goodness. Shutting out all the bad parts of our world would shut out all the good parts, too. Better to just let the daylight shine on all of it and make sure I am there to hold hands, answer questions, and tell the hard truth when I have to. 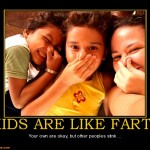 April 9, 2013 Heads-Up
Recent Comments
0 | Leave a Comment
"So what you're really saying is that you use NFP because you don't want to ..."
Naters The Super Suckage of NFP
"I'm sorry, but planning pregnancy involves using birth control. did you miss that memo?"
leesa maire All Parenthood is #UnplannedParenthood
"Without knowing that God has a purpose for everything, my sufferings in life would be ..."
Jim J. McCrea Sentimental Claptrap, Part V: God Has ..."
"Has the photo been changed? Because what's at the top right now is photo of ..."
Evelyn Sex Breasts and Babies
Browse Our Archives
get the latest updates from
Barefoot and Pregnant
and the Patheos
Catholic
Channel
POPULAR AT PATHEOS Catholic
1