Sentimental Claptrap, Part II: God Will Never Give You More than You Can Handle

Sentimental Claptrap, Part II: God Will Never Give You More than You Can Handle November 14, 2013 Calah Alexander

One of my Evangelical friends took me to task yesterday (gently, cause he’s a kind soul) for painting Evangelicals with too broad a brush. I admit that I did focus exclusively on the tendencies of some Evangelicals, and kind of threw the rest of y’all in there with them. Mea culpa. I think probably the mature thing to do would be to clarify the post so that it more accurately reflects that this is a trend within a subset of Evangelicals, but that sounds like a lot of work, and I’ve still got four more phrases to rip to shreds. So, since everyone knows that turnabout is fair play, I’m just going to throw all the Catholics under the bus today. (Sorry, fellow fisheaters.)

Sentimental Claptrap #2: God Will Never Give You More Than You Can Handle

This is paraphrased from the Mother Teresa quote, “I know God won’t give me anything I can’t handle. I just wish he didn’t trust me so much.”

The Mother Teresa quote doesn’t bother me. I don’t actually think it’s an accurate thing to say, but I think it’s funny, solely because of the personal pronoun used. Turn it around, though, and you get, “You know that God won’t give you anything you can’t handle. You’re just wishing he didn’t trust you so much.” See the difference? One is a humorous admission of completely understandable human weakness. The other is a big pile of asshattery.

Because he does. All the time. That fact is a cornerstone of the Catholic faith! The sacraments exist to give you divine aid, because guess what, living a Christan life is more than you can handle. And by you, I mean me.

There have been times in my life when I know, beyond the shadow of a doubt, that God gave me more than I could handle. One of them was within the past year, during my struggle with postpartum depression. The work I had laid before me was simply too much. I was unable to do it. I was barely able to get out of bed. But even if I hadn’t had postpartum depression, the crosses I’ve been asked to bear this past year have been ones that I simply could not carry, try as I did. But with those crosses came something else: grace.

The grace that God offered me went hand-in-hand with the crosses. At first, though, I just picked up the crosses. After all, he wouldn’t give me more than I could bear, right?

Wrong. It was too much. I spent nights weeping and days crying, asking God to take some of the weight from me, and each day I staggered a little more. It wasn’t until I was basically face-down on the ground with all those crosses on top of me that I thought of changing my prayer. Instead of asking for God to make it easier, I asked him to make me stronger. To help me bear these things, instead of bearing them for me.

It wasn’t like asking a fairy godmother for something. I wasn’t immediately strong, capable, and emotionally solvent. But I knew I could be. I also knew it would require leaning on God every day. Daily prayer, then morning and evening prayer, then thrice-daily prayer. Slowly, slowly, the weight became less, though the burdens remained. I was able to carry my cross only because I stopped trying to “handle it”.

The lives of the saints corroborate what I’m saying. Could a 16 year old peasant girl really unify the French troops and “handle” the English invaders? Did God give her that task because he knew that she was some kind of European Amazon deep down, preternaturally blessed with the gift of rallying troops and waging war? No way. He gave her that task because he knew that she would say yes, and she would accept the grace that accompanied the cross. It was through Joan of Arc’s fiat that God saved France, not through her strength.

God gives us more than we can handle on purpose — so that we are forced to turn to him for grace. Well, that, or be crushed. Sometimes the crushing thing happens. You’ve seen it. You know someone who was crushed by the weight they couldn’t bear alone. We all do. That’s one of the reasons this phrase makes me want to scream…it’s so patently, visibly, demonstrably false.

Worse, it is a direct accusation of weakness. Obviously, you’d only say this to someone if they are suffering, right? Well, let’s do a little logic work on this, shall we? For the sake of clarity, let’s take out the negatives and say:

You can handle what God gives you. <—-this is a conclusion. Should we deduce the premises?

Major Premise: Everything in your life is what God gives you.

Minor Premise: You can handle everything in your life.

Leaving aside the fact that this syllogism is a logical fallacy, since it completely negates the existence of evil, what you are saying to someone who has reached a point when they cannot bear to go forward is basically, “Cowboy up, wimp.”

You are saying this about the occasion that prompted this unfortunate sentiment, be it a spouse’s cancer or a child’s death or a seemingly endless suffering: “God gave you this horrible thing, and you are capable of handling it.” Can you see how this is in no way an expression of charity?

When humans see another human suffering, they want to help that other person not suffer. It’s uncomfortable and even painful for us to see another human suffering. So we automatically try and find a way to stop the suffering. But in the case of death, illness, or lingering torment, there’s no way to stop it. No way to ease it, even. Really, the only thing we can do is say, “I’m sorry” and be there, so they don’t have to suffer alone. But that’s uncomfortable too, because it implies a helplessness on our part. I think that’s why people say things like this…so they don’t feel helpless. So they feel like they have something to offer that will help ease the person’s suffering. But this kind of thing does not ease suffering or offer comfort. It induces guilt, actually, since the person is left to feel that they’re either being a big wimp, or they don’t have a strong enough faith to believe that God would give them something this awful. Both of those are completely terrible emotions to inspire in someone when they are already in pain.

This post would have been up at like 10 am, but the Ogre and I had a rip-roaring fight about it. The Ogre believes that this phrase can function as a rallying cry, a call to arms. He thinks that it reminds people of how strong they actually are, instead of how weak they’re being. I’m doubtful, but I am the person who finds inspirational videos depressing. Maybe that might work for someone who is NOT in a place where they feel they can’t go on, and maybe if the circumstances at hand aren’t tragic or painful, because no one likes to hear that God gave them misery when they’re in the midst of it. So maybe if the person is, I dunno, halfway through writing a book that keeps getting brutally edited, or maybe in the final stages of labor, or something. But even then, it’s such a trite cliché that it likely wouldn’t be encouraging so much as annoying.

He also thinks the idea of God giving you grace to handle it is implied in the phrase, but he’s totally wrong about that. It’s obviously not. If the cliché-makers had wanted to make a cliché about grace, they would have said, “God will give you the grace to handle anything.” That is not the cliché we’re discussing, though.

What is implied in this phrase, if not stated outright, is that God causes suffering. This is why it particularly makes me crazy when Catholics say this: we do not believe that God is the author of evil. He doesn’t give anyone pain, illness, or death. He allows suffering but never wills it. He permits it, but never gives it. So when it’s used in response to suffering, this nasty little phrase is not merely sentimental claptrap. It’s a lie that slanders the character of God.

Seriously, Catholics, be better than this. Follow the grand tradition of Catholic thinkers and think before you speak, then talk to yourself**. If yourself starts crying in a corner, maybe reconsider what you were planning on saying.

* (Please be advised that I took logic for one year in seventh grade, and I’m now going to act as if I didn’t just spend 20 minutes on Wikipedia trying to remember what syllogisms are and how they work.)

**For the record, this does not apply to bloggers, because blogging kind of is talking to yourself. Just out loud. And sometimes other people respond.

November 15, 2013 Fracking Friday
Recent Comments
0 | Leave a Comment
Browse Our Archives
get the latest updates from
Barefoot and Pregnant
and the Patheos
Catholic
Channel
POPULAR AT PATHEOS Catholic
1 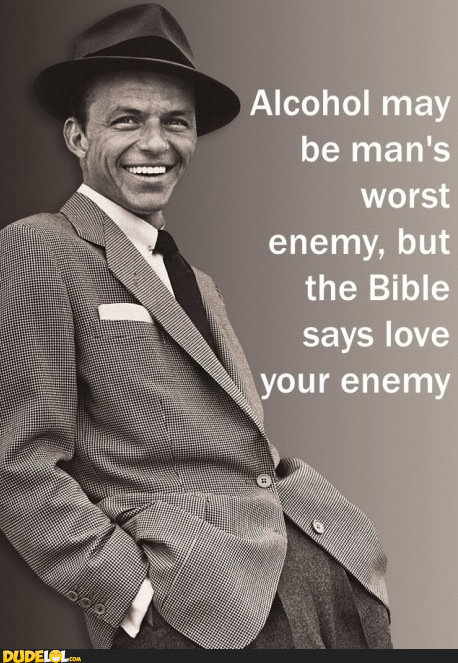 Freedom of Speech Matters
H/T to Salon Beige on a European freedom of speech ruling that's...
view all Catholic blogs
What Are Your Thoughts?leave a comment
Copyright 2008-2021, Patheos. All rights reserved.