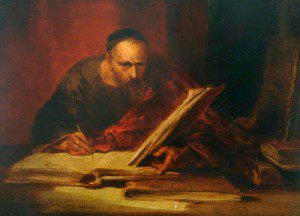 (Cross-posted at Times&Seasons) Many of these can be purchased in paper, kindle, or from Logos or Accordance. (I’m a big Logos user.) As with all my recommendations, take them with a grain of salt. I neither fully endorse nor vouch for everything said in these, but you will certainly learn and grow by reading them.

Samples are often available from Amazon or Google books, and in some cases I’ve linked to others here or in the past.

The world of the NT is extremely different from our own. It’s not just the words that we need translated, because we will inevitably weigh and understand them from within our own experiences and cultural perspective.

The Bible of the NT?

For many of the first Christians, “the Bible” meant not the Hebrew texts, but the Greek translation(s) of it, called the Septuagint or LXX. Indeed, many of the NT citations of the OT (heavily obscured in our LDS KJV, another reason to pick up a second translation) match the Greek LXX, not the Hebrew. Sometimes the changes are significant.

If you want to be a NT scholar, there is a crap ton of background literature you must become familiar with, both Jewish and Greco-Roman. Sometimes scholars become expert in just one area of this background, spending their entire lives studying it. An overview of all of these can be found in Craig Evans’ Ancient Texts for New Testament Studies: A Guide to the Background Literature

. One book includes relevant selections from all of these in a verse-by-verse quasi-commentary, called Jesus in Context: Background Readings for Gospel Study

Below is a selection of three major sources, skip if not interested.

These work best in electronic form (Logos or Accordance), because you can do a search on a verse reference and find everything that cites it. Or click on a word and have it open up in the dictionaries that have a reference on it.

Part 3 is coming, and there will likely be a short part 4 as well.

November 26, 2014 Reflecting Back, Looking Forward- The Blog after One Year
Recent Comments
0 | Leave a Comment
"I just completed reading your paper The Israelite Roots of Atonement Terminology. Thank you for ..."
Minette Ngalu Gearing Up For Isaiah
"Even if the Gospels are eyewitness accounts, they are definitely not reliable sources. See here:https://lutherwasnotbornaga..."
Gary M Brief NT Introduction and Gospel Doctrine ..."
"Ben. A couple of comments on your references: ANYTHING by Raymond Brown is excellent. The ..."
CalSailor Virtual Sperry Fireside On Reading the ..."
"This is a great move! Looking forward to using your new website ."
DeAnn Spencer We’ve moved!
Browse Our Archives
get the latest from
Latter-day Saint
Sign up for our newsletter
Related posts from Benjamin the Scribe