Godspousery: Mysticism and the Hieros Gamos

One of the more interesting phenomena I’ve encountered in Paganism is something known as godspousery.  For those unfamiliar, these are people who have intimate, often sexual, relationships with deities.  These relationships are often extremely intense and thus godspouses often find a home in Hard Polytheism, because having an intense relationship with a deity such as this usually demands a certain amount of belief in individual divine agency.

It’s a matter that presents a certain amount of discomfort.  For one thing it questions the nature of reality.  People who prefer a less literal belief system are often challenged by this concept and view godspouses as not being in their right minds.  People who prefer a more literal belief system tend to view godspouses as presumptuous and irreverent.

It’s not as though it’s a new concept, however.  For one thing, Christians have been doing it for centuries.  Nuns are the sworn Brides of Christ, and they even have a wedding ceremony as part of their initiation. The difference, of course, is that their relationship is not overtly sexual.  Recently an American Catholic woman took the rare step of becoming a bride of Christ as a consecrated virgin as opposed to a nun.

Thenea, Hellenic Polytheist, wrote recently on the blog Magick from Scratch, about ancient sources and what they thought about godspousery.  It would seem, at least based in their literature, that they took this whole idea as a matter of course and expected a certain degree of “husbandly duty” towards the mortals They had chosen as brides (grooms were less common, but I cite Artemis and Orion).

We Pagans don’t tend to be very kind to our godspouses.  We are modern people, strongly influenced by our scientific and Christian Protestant culture, and we question their judgment and their sanity.  We tell them they are being impious and disrespectful.  We tell them how they should, or should not, behave.  It happens so much that a couple of outspoken Lokean godspouses recently made Godspouse Bingo cards to object to the criticisms.

But was St. Hildegard of Bingen impious and disrespectful?  How about St. John of the Cross, or Rumi, or King Solomon?  All of them wrote about their experiences with the Divine as being similar to love.  St. John’s poem about this is quite famous (and beautiful).  Note, also, that gender does not seem to be relevant to the Divine Entity.  And why should it be?  If the deities are individuals with agency, having no bodies, I doubt physical niceties would concern Them much; and if They are archetypes or egregors, certainly connecting to a personified idea can transcend gender!

From a purely scientific viewpoint, I have read about several studies that suggest a link between desire and mysticism (here’s one; here’s another).  It has been suggested that in the case of the particularly mystical, the kind of mystic that sees visions, the human urge to lust becomes transmuted into divine relationship.  Of course, the people who have done these studies are largely writing about Christian and Buddhist mystics, or Hindu ascetics, all of whom tend to view physical urges and needs as bad things.  Pagan ethics, which embrace the physical as equally sacred to the material, change the game considerably.

What makes a godspouse?  Generally it’s a formal commitment to a deity combined with a relationship that is intimate in the way that a couple’s relationship is intimate.  What inspires someone to become a godspouse?  An experience; a mystical experience as life-changing as that of St. Jeanne d’Arc’s holy vision.  Thenea believes that it is a matter of being claimed by that deity, as though they’re leaving a “scent-mark” on you, so to speak.  I’ve written before about my “thing” with Herne.  Should I be identifying as a godspouse?

I have to admit, I am reluctant.  And a good part of why is the attitude.  I don’t want to be dismissed as a nutcase because I admit to having had experiences of making love to a god, for His own sake, because I love Him, and not for power or spellwork or even prayer, any more (or less) than making love to my real-life partners is prayer.  I pride myself on being a rational mystic.  I recognize that mystical experiences might entirely be tricks of the mind, and that the experiences I have had may be “only” visions (or delusions,) and what I believe to be Herne could be a personification of my faith, coalesced into a symbol I understand and can interact with in order to translate transcendent experiences of holy connection.  In which case, this is a way of connecting to the soul of the world, not disconnecting (as John Halstead recently argued in an article.)  I would argue that it doesn’t really matter what you believe concerning the “truth” of the nature of divinity, as long as you live your life and experience your faith with a combination of wonder, honesty, doubt and discernment.

Does the experience of being a godspouse make anyone special?  Not any more than being a High Priestess of the Craft does (and I can tell you it tends to invite more headaches than advantages). Does Divine Marriage mean living happily ever after in a monogamous relationship?  Not usually.  It seems, for example, that marrying Loki is en vogue currently, especially after the Avengers movies came out.  Lokean godspouses tend to get a lot of grief for that.  But that’s not new either; Krishna married 16000 wives at once and was a proper Husband to all of them; because He’s a god, He has no body, and He can do that.  When one is a spiritual entity, I would think that time and space, being properties of the physical three-dimensional world, would not work in the same way and would not matter nearly so much.  I have observed that one cannot love everyone, god or mortal, because one has a limited time in which to offer the necessary devotion to form a relationship.  But to a Divine Being, who is a spiritual consciousness (or egregor or archetype) one can actually be everywhere all at once, so that’s not a limiting factor.  Co-location is certainly a traditional Divine power, and deities are (effectively) immortal.  Therefore, only the emotional connection, and whether or not it was mutual, would matter.

I have observed that culture of origin seems to affect the perceptions and opinions of deities, and that some negotiation may be necessary; but because I believe that belief has an effect on the presentation of divine personality, and vice versa, I don’t think it’s the deciding factor, and therefore, I see the Lore as a starting point and a general guide to be sure you’re not being messed with by mischievous spirits (or your own personal internal bugaboos); not, if you’ll pardon my play on words, the Holy Writ.  In other words, your mileage may vary.

There was, apparently, a strong narrative a few years back among the (then small) godspouse community that since mortals serve the gods, a godspouse was destined to be a thankless servant.  I contend, and believe with all of my being, that no one has the right to remove your agency, and that includes the gods. My relationships with Divine Beings has always, and will forever be, one of negotiation.  If they aren’t . . . well, one of the most significant criteria that psychiatrists use to diagnose whether or not you are in your right mind if you’re experiencing visions is how miserable they make you.  Schizophrenics hear voices that tell them their best friends are plotting against them so they’d better kill those friends before the friends kill them; mystics hear the Song of Life singing in their ears and touch Beings made of liquid starlight that shower them in love and peace.  I won’t say for sure whether or not it’s schizophrenia, since I reserve my judgment on whether or not spirits have reality outside of our consciousness (and also what form that reality, if it exists, takes), but in any case, why in the world would you give the time of day to a Being that only hurts you?  And if we have individual agency then what we choose to do with that relationship is ultimately up to us.

I think it’s important to keep the balance of power in mind — yes, the deities can see and influence probabilities that we can’t, break the laws of physics, change our whole reality (or allow us to believe we are capable of things that we otherwise would not be) — but They have no bodies. By and large, there are things They would like to see done on the physical plane that require our physicality, and therefore, we, too, have powers that the gods do not. That changes the dynamic; rather than being subject to the Will of the Deities, we, also, have things that They need. We must agree to work together for mutual benefit. And if one keeps that in mind, then a relationship with a Divine Being does become one of equals, enhancing one’s life rather than controlling it.  It’s the marriage of Eros and Psyche, the Hieros Gamos that unites the physical and the spiritual, and the result can be our apotheosis as better human beings, transformed and, hopefully, enlightened by our experience.

* Update: Thenea has written an article to clarify her position and here is the link.  I am providing it because I could not come up with a better way to phrase things in the article I wrote (see the comments below).

Can’t find the Share buttons?  Have you tried pausing AdBlock? 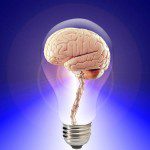 August 18, 2015
Seekers and Guides: Trance and the Brain (Book Excerpt)
Next Post

August 31, 2015 Seekers and Guides: Sit for a Spell Episode 21 - Weather Magick
Recent Comments
0 | Leave a Comment
"Take heart, Woods! I think people are finally angry and scared enough to get their ..."
Sable Aradia Dear Greta Thunberg
"You did make a difference, as did the Baby Boomer generation (who first brought attention ..."
Woods Wizard Dear Greta Thunberg
"I really like your text. I am happy to note that on the other side ..."
Seren The Star Goddess
"Very spot on review of Circe. This was one of the few books I read ..."
Michelle Gillian Pagan Book Review: Circe by Madeline ..."
Browse Our Archives
Related posts from Between the Shadows