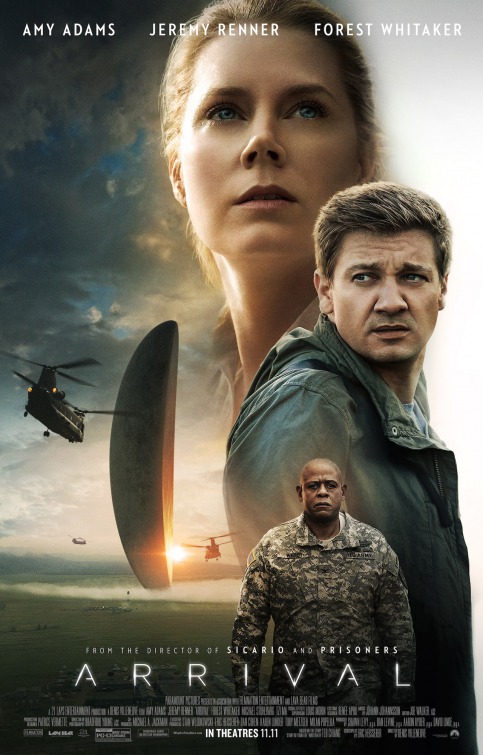 Truly I am not a sci-fi fan. I don’t read Asimov.

I haven’t even seen all the Star Wars movies, though I do like the ones I have seen, but not for the other galaxies or robots, or the outer planetary saloons full of frightening creatures like Jabba the Hut, or the other jaw-dropping strangers who, oddly, drink whiskey.

I like those Star War movies for the old western style shoot-outs, and Harrison Ford and the Wookie winning the battle against crooks and bad guys with their stagecoach era spacecraft and a lot of old weapons, and that thing the old cowboy heroes always had, true grit.

So that’s why I left Arrival till last, in my annual odyssey of watching all the nominees for Best Picture before Oscar Night. I won’t really care, I thought, about Amy Adams managing to talk to some weird things.

And I was SO wrong. Because this film really isn’t about aliens at all. This film is about resurrection.

And that can make your brain hurt. If you think about it. But I never have, in any really meaningful way.

Except maybe at Easter, when I am trying to handle this alien thing, resurrection, and also Jesus’ persistent teaching that the kingdom, which is where resurrection is heading, is among us even now. Among us, now. In present time. Among us, in the days which we are gathering into the past. Among us in the Easter story that comes to us across a couple thousand years, and is a hope we carry about our future.

In Arrival, spacecrafts arrive, twelve of them, at the same time, in points around the earth. And every nation’s mind is boggled.

And Amy Adams, a linguist, is brought into the NASA-style military team that is trying to figure out why they came. And she has a tag-along partner, who seems to share her skill set.

And we begin to learn about her sorrow, her grief, which comes in powerful and almost crippling flashbacks. There was a child, a daughter. The daughter was her heart’s delight. The daughter had a rare disease. We see flashbacks of a hospital and the child gone bald, and intravenous tubes. And there was a death.

We also learned the husband had left her, but was still devoted to the child.

Because the flashbacks were so brief, we never got to connect the dots. But we learned, as she and the scientists did, that the aliens communicated in a language which was written not in sentences like ours, but in a kind of circular system of symbols that were linked in an understanding of time as without beginning or end, and without a singular direction.

As the breakthroughs in understanding grow, the flashbacks became more crippling. And then the aliens reveal they have come to bring an urgent message to earth, and already know that in 3000 years they will need earth as much as earth now needs them.

Use your weapon, the aliens say to Amy Adams. And things get really dicey as the armies of the world take that to mean war. But Adams keeps saying it could be that weapon is their word for tool. And war might not be the point at all.

And that’s where the action gets dramatic, and I leave you to watch it for yourself.

It turns out the word also means gift. And for Amy Adams, the gift is entering the many dimensions of time, in which her tag along partner turns out to be her husband, who has missed her terribly, and a child is born who – wait for it – is the child she already had, and also a child she is just welcoming into its life and hers. But now there is no rare disease, at least not as far as we can see, which isn’t really very far. Perhaps there will be, perhaps not. This is the fulness of time, where all things are, and all things are possible. We see just far enough to know that love has not been lost. Nor has life been lost.

And this turns out to be the news the aliens came to earth to share, the news that will save the earth. There is, within the true dimensions of time, a power which is both a gift and a weapon, and also a tool for understanding life.

It turns out I saved the best for last. Not that Arrival is the Best Film of the Year, though it has a nomination for being that, but that Arrival has so much meaning for me.

February 24, 2017
In Praise of Freedom of the Press
Next Post 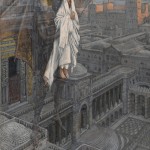 QAnon and Gullible Christians: The Devil...
The Thoughtful Pastor
Related posts from The Bite in the Apple