The Temptations No One I Know Finds Tempting

The Temptations No One I Know Finds Tempting February 25, 2017 Nancy Rockwell

Sugar, she said, and told about her own attempts to give up sweet things, and how, when she succeeded for a few months, she felt free. Alcohol, drugs, anger, fear, she went on to talk about these as human habits hard to break without a constant reinforcement of strength beyond what is normal for us humans.

Not, she thought, violence. I wonder about that. Americans have a hard time even contemplating giving up guns. And defend themselves against the inordinate pain of mass shootings by saying that, if someone there had a gun, it could have been stopped. I wonder if that kind of thinking could prevail against five-times-daily prayers of submission. And whether disciplined prayer practice, which Christians keep with beads, with hours, in days and seasons, is stronger than the murmuring prayers of the heart, which is the practice I keep best.

But now I am reading about Jesus’ temptations, with which Lent will begin its season of Sundays.

And it strikes me that his temptations were not at all the kind of thing the workshop leader, who believes Islam is all about decent living, spoke of. And they are not the kind of things most Christian clergy speak about, either.

The power to feed all the hungry.
The power to throw himself off from the Temple and survive.
And the power to rule the cities of the world. These were his tests.

No one I know wants these powers. Everyone I know, starting with myself, wants the power to gratify personal desires, not the grandiose powers of Hitler or Kim Jong Un. Or Caesar or Herod. Or perhaps Donald Trump. That kind of ego seems to rise rarely, but does seem to rise within early opportunities for power.
So there is wisdom in the tests that were put to Jesus. Because these powers are rightly God’s powers.

God, who fills the earth with food for all living things does not seek a servant who will control human food through a powerful food chain.

God, for whom the Temple keeps humans in prayerful connection, does not seek a servant who will keep the power to survive death as a right of survival owed to him as God’s chosen one. In fact, the Temple teaches acceptance of death, and keeping the Temple tradition means keeping that acceptance in heart and in prayer.

And finally, the power to rule all cities. God has not created cities, people have, and the rulers of cities are human, and often terrifically bullying people. Cities have never yet been ruled by the hand of blessing.

In the welter of human life I have met over the years, I have never met anyone who wanted these powers, that were offered to Jesus. In a way, the wanting of powers could be self-sacrificial. But in another way, the gaining of these powers would darken the soul, the mind and the heart.

Jesus does not, in the wilderness of his temptations, assume a discipline of prayer. He drags up, from deep within himself, responses strong enough to send the Tempter away. He has a core of strength in him, and a clarity about who he is and what he is about, that withstands the allure of such things. He is not here to reorganize the world. He is not here to control the feeding – and thereby the hunger – of people. And he is not here, as Lent unfolds, to defy death.

Perhaps you have to have a saint’s vision in order to feel these desires. Or perhaps we have lost so much of our sense of shared life as to have ceased to dream of governance that might work.

As for death, we are more occupied by the right to die on our own terms  than we are with defeating death. Red Sox hero Ted Williams may have had himself cryogenically frozen, but the folks I know opt mostly for cremation, and burial in a family plot.

I wonder about the faith of Desmond Doss, the hero of Hacksaw Ridge, a conscientious objector who served in WW2 as a medic, and was moved by faith to brave hellfire in ways that impressed his armed comrades. Is it regular prayer that makes faith like this? Doss was disciplined about his prayers and his sabbath. Or was it unshakeable conviction that drove him?

I lean towards the unfathomable grace of the Spirit as the cause of such faith. For most of us, the small temptations of sugar and cigarettes, despair and solace, loneliness and love, are enough to struggle with, day in, year out. And it may well be that disciplines of prayer can strengthen our resolves. 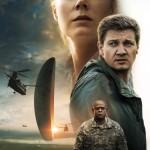 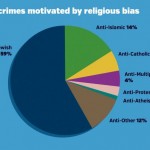