As It Was in the Beginning – Stories of Wonder and Possibility

As It Was in the Beginning – Stories of Wonder and Possibility April 20, 2016 Nancy Rockwell 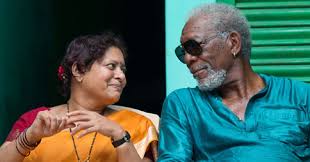 Morgan Freeman takes a whirl-wind look at creation tales in this Sunday’s segment of The Story of God, jetting from his childhood church in Mississippi to Jerusalem to Cairo to Rome to Tikal, the ruined Mayan city, to the banks of the Ganges and even to the Australian Outback, as he looks at the meaning and roots of origin tales.

He begins his search by for Eden in the Mesopotamian Valley, visiting archeological ruins of 9000 year old farm communities, the oldest known on earth. The houses are small stone chambers under the earth, built one next to the other. Each chamber contains a small burial space for the dead, who stayed with the living always, and whose bones were often taken out and put back – for what rituals? Was Eden here?

Near the largest of these communities is a stone circle, huge stones carved as beings, presumably gods. Archeologists surmise the communities had reached a size where people did not know each other well and therefore conflict was sure to be an issue. The stone circle functioned as a temple, gathering people together and reinforcing the essence of humanity and divinity in ways that would encourage peace.

One of those powerful rituals would have been telling a creation tale. The world around, these tales remind us that the gods are involved with us, from the beginning, and that we are, all of us, wonderfully made. In cultures everywhere, these tales are told in rites and ceremonies, nowadays.

In the western world, the 20th century held a prolonged clash between science and religion over the Eden tale, as science brought forth both evolution and the Big Bang theory of cosmology.

In Cairo, Freeman discovers the Islamic creation story is closer to the Big Bang in its assertion that the world began in fire and smoke and creation emerged in stages from these, but the concept of evolution is absent.

In Rome, Freeman explores the Eden tale he has known since childhood, the Jewish and Christian creation tale. He learns that creation is not science, and that the tale is talking about very different things ideas than science describes.

The story of Eden is not a story about how, where, when, or even why the world began. It is a story about our human relationship with God.

Eden tells of the connection between heaven and earth, and of divine involvement with humans, for we have heaven in us as well as earth.

Eden tells of the beginning of a conversation and a relationship that are still unfinished. And so Creation is an ongoing story.

In our knowing of God, there is nothing older than Eden, and yet, about Eden, we know next to nothing. In each of us, perhaps also in every living creature, there is a dream of a true home, where sorrow and sighing are no more, an idyllic place.  A place from which we are inexplicably lost. That’s the familiar shape of Eden – longing and being lost. Eden lives outside history and inside us, an eternal moment that is never and now.

Freeman missed, in my opinion, what is perhaps the major role for the Eden tale and for all creation tales: to hold out possibility.

Eden is not merely an origin story, it is a path for the human spirit. The tale is centered in the touch of God and the blessing, It is good, that is given to every creature and every day. And none of the days, nor the creating in them, is over yet. And all of the goodness is still being revealed.

Most of the details are impossible. And yet – in the power of myth, the impossible is possible. As the Archangel said to Mary – nothing is impossible with God. As Jesus said in Matthew 19:26 to his disciples, With God all things are possible.

So the unknown time can be held in hope, because nothing is impossible in the Edenic goodness of life. 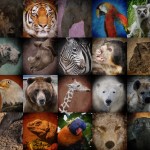 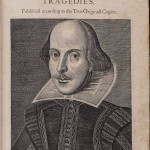 Is (Evangelical) Christianity Irredeemably Patriarchal?
Religion Prof: The Blog of James F. McGrath
Related posts from The Bite in the Apple