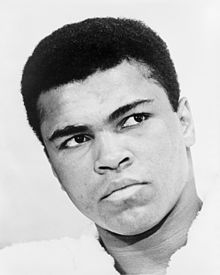 The young madman in Geresea pours out torrents of raging suspicion. Loudly and ceaselessly, he will not be calmed. He has been this way for a prolonged time. His despairing neighbors have chained him in the cemetery, to give themselves some rest, some scrap of peace of mind. His raging can still be heard, but with less volume.

The fame of him, of what we would likely call his enduring psychotic rage, has spread far and wide. Jesus crosses the sea of Galilee to reach this town, and goes to the young man immediately, meeting his abusive and blasphemous mouth, his continual denigration of everyone, with calm.

Jesus casts out these demons. But the demons, all those voices of hatred and angry fear, scream out that they should be spared from utter destruction. And Jesus casts them into the herd of swine, upon which the village economy is based.

The pigs, an unclean animal in Jewish understanding, will not abide being unclean in their spirits, and immediately hurl themselves into the sea, preferring death to accursed life.

This is not the first biblical tale in which the spiritual life of animals is shown to be purer than that of human beings.

The dove on the Ark brings Noah a godsign of hope – the olive branch – a sign of the end of anxiety for the whole world.

Balaam’s donkey can see the angel Balaam cannot see, and honors it, despite Balaam’s whipping.

In the long persuasion of Jonah, God reminds him that the love of God is for the cattle of Nineveh as well as for the people there.

For many centuries the lamb has been considered pure enough, and worthy enough, to be the sacrifice for atonement for the people of God. Jesus offers himself as that lamb.

Jesus shows us that pigs belong in the circle of blessed creatures who serve God well.

When Jesus comes to Geresea, he comes to heal the town, not just the young man. And in every healing story, this is true. Jesus does not heal just one person, like a laser of God. He touches a constellation of relationships, in which suffering has crippled them all. Sometimes the constellation is supportive, like the four friends of the paralytic, and sometimes it is not, like Simon, the host into whose house the unclean woman came. In Geresea the relationship is tenuous, angry and suspicious as the young man himself is.

The whole town suffers from the young man’s affliction. And in a way the young man is a corollary for the swine, for a town needs young men to keep its agricultural economy going as well as herds. The herds of Geresea are unclean in Jewish law and so is the young man. The town tolerates the young man, but barely, feeding him to keep him alive but chaining him like an animal. When Jesus sacrifices the swine to save the young man, the town elders ask Jesus to leave. The price of his health has been more than they wanted to pay.

And if we are the Gerasenes, who is our young madman?

As the nation has honored the life of Muhammad Ali, it has been important to acknowledge that he has been one such young man.

Barely schooled and barely literate, Ali found the world of boxing and, believing in his own ability to excel despite continual rejection for his race and his learning disabilities, Ali did excel.

In Elijah Muhammed Ali found a rabbi to speak to his angers and fears, which his childhood experience of Christianity did not do for him. Becoming a Muslim gave Ali the strength to remain steady, though many in America heard his words as the words of a madman.  His faith became his rock in his prolonged struggle with the Kentucky Draft Board over his Conscientious Objector status, which ultimately went to the Supreme Court.

Steady in his convictions, Ali remained, as the young man in Geresea did, among his own people, testifying to black American men and women, in small deeds and endless works and words, to his own liberation and to the hope that could also set them free in a country unwilling to invest in them.

To white Americans Ali testified about the religion of Islam, as strange to white America as Jesus and his movement were to the Jews of Geresea.

In all of this, and in Ali’s commitment to interfaith relations, the spirit of Christ manifested in Geresea has been shown. And Louisville, Kentucky heard that truth, and honored it on Friday, in an interfaith tribute broadcast to the world, naming Ali their greatest son.

In Geresea, when the healed young man wanted to leave that place and follow Jesus, he was told instead to stay and bear witness there to all that had happened to him. Once you were no people, but now you are God’s people, says I Peter. Ali lived this truth, and spoke it, here in America, to all of us. 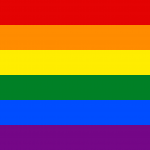 June 18, 2016 Sex in the Kingdom of God
Recent Comments
0 | Leave a Comment
"Yes, he was Minority leader at the time, not Speaker. Thank you."
Martin W. Eldred It’s Pentecost – and Something Is ..."
"Conventional religion doesn't give Mary nearly enough attention; nor Ruth, nor Elizabeth, nor the Saints ..."
Emily Elizabeth Windsor-Cragg No More Lying About Mary
"Nancy - what happened to you? You've all but disappeared?"
Pat Pickett Easter and the Bandit Shepherd
"There is more than one way to interpret the writings of the Bible, just because ..."
Mary-Anne Lomas No More Lying About Mary
Browse Our Archives
get the latest from
Progressive Christian
Sign up for our newsletter
POPULAR AT PATHEOS Progressive Christian
1