The media shocker of the moment is Brock Turner, a 20 year old white Ohioan who was smart enough to get into Stanford and athletic enough to have his heart set on the Olympics, but dumb enough, one night when he got drunk to pull a woman, also drunk, behind a trash bin when she who passed out, and see this as an opportunity for rape.

Two sober Swedish grad students, Carl-Fredrik Arndt and Peter Jonsson, cycling by, saw Turner hammering his hops on a motionless woman, and intervened. Turner tried to flee, but the students tackled and pinned him down until police arrived and arrested him.

Turner was found guilty by jury trail, but the judge sentenced him to a brief six months (he could have received 14 years).  It is the light sentence that has created outrage across the nation. Rape itself is too common to merit this much media attention.

A similar sentence, 6 months for a more violent rape, caused such an uproar that the President of Baylor University, Ken Starr, was forced to resign for failing to handle this and a number of other rape complaints against college athletes, for, in essence, filing these incidents under Boys Will Be Boys.

The National Sexual Violence Research Center reports that 1 in 5 women and one in 16 men are sexually assaulted while in college. Also, that more than 90% of sexual assault victims on college campuses do not report the assault. And, that 63.3% of men at one university who self-reported acts qualifying as rape or attempted rape admitted to committing repeat rapes.

How I wish that I could turn away from these appalling statistics and leave the west coast to deal with this. But these cases are not geographically isolated.

Here in New Hampshire where I live, two academically excellent boarding schools have been struggling with cases of rape, under different circumstances .  At St. Paul’s, where a senior man raped a first year woman who was saying no at the time, a senior male culture of competitive sexual scoring has been exposed.

Phillips Exeter has been dealing with incidents of sex between male faculty and women students that occurred thirty or forty years ago, only one of which was rape but all of which were transgressions that left lasting scars.

In Rhode Island, St. George’s has been dealing with more than 50 victims and a history of administrative unwillingness to act on their behalf.

The Boston Globe Spotlight Team found last spring that, in 67 private schools, more than 200 cases of sexual molestation have occurred since the mid 1950s and 97 of them have gone to court.

Despite decades of sexual awareness, tolerance, and public conversation, women on campus walk a tightrope between being prudes or sluts. If you don’t drink, and don’t hook up, you are a prude. And if you drink too much or hook up too easily, you are a slut. No woman wants to be either of these things.  Discovering the right balance between these isn’t easy. And young men who are also trying to learn the signals for intimacy find this difficult, too.

Brock Turner, who wasn’t even looking for a relationship, took her drunkenness as an indication she was also available as a slut. Upon his arrest he admitted he didn’t even remember her name. Some of his supporters are saying she is to blame because she was drunk, seeing her behavior as an excuse for his.

The crying need in our culture for sex education in the schools appears in all these tragedies.

And it is also a crying need in our churches, most of which confirm youth in 8th grade, maybe 9th, and never talk to them about sexual relations.

The gospel for Sunday tells us of a prostitute entering a rich man’s home to pour oil on Jesus’ feet and caress his feet with her hair, praising him. Simon, the rich man, protests that she is an unacceptable sort and Jesus should get rid of her. But Jesus praises her for the depth of her adoration, which he says only can be found in those who have been forgiven for much.

Many churches claim, falsely, that Jesus extolled the prudish life. He did not. Why therefore do we? Few churches lift up the fact that Jesus was known for being friends with prostitutes, and he never called any woman a slut. 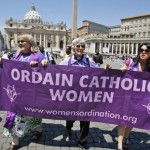 June 5, 2016
Ordination for the Woman on the Floor
Next Post 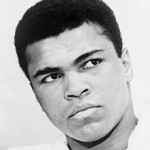 June 11, 2016 Healing the Angry Young Man
Recent Comments
0 | Leave a Comment
"Yes, he was Minority leader at the time, not Speaker. Thank you."
Martin W. Eldred It’s Pentecost – and Something Is ..."
"Conventional religion doesn't give Mary nearly enough attention; nor Ruth, nor Elizabeth, nor the Saints ..."
Emily Elizabeth Windsor-Cragg No More Lying About Mary
"Nancy - what happened to you? You've all but disappeared?"
Pat Pickett Easter and the Bandit Shepherd
"There is more than one way to interpret the writings of the Bible, just because ..."
Mary-Anne Lomas No More Lying About Mary
Browse Our Archives
get the latest from
Progressive Christian
Sign up for our newsletter
POPULAR AT PATHEOS Progressive Christian
1