Ordination for the Woman on the Floor 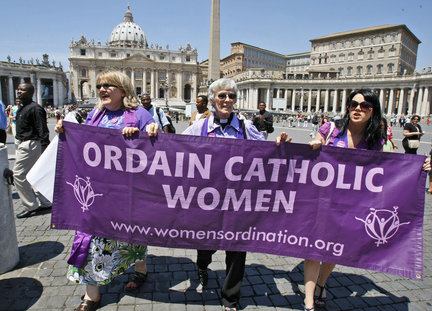 These images, these experiences, would help to remove the icon of females as subservient, as slaves, as property of husbands and fathers, as never to rise above menial work and not deserving of education. These icons rule vast numbers of women in much of the world.

If the Vatican were to decide that the robes and rituals of sanctification were no longer exclusively for men, it would be a huge symbol of humanity and equality. Because the Roman Church numbers over one billion, the ordination of women by it would cause a seismic shift in the estimation of women everywhere, and could raise billions of women and their children from abject poverty, as many doors to work and worth would open.

The bright light of hope that this might happen has been lit by Pope Francis, who recently agreed to set up a commission to study ordaining women as Deacons in the Catholic Church.

While the Pope has not guaranteed a positive outcome, many are overjoyed at this step, as Pope John Paul II was so opposed that he not only issued an edict against women’s ordination but also forbade raising the question again inside the Vatican.

It is not only Roman Catholicism that represses women and denies their spiritual equality to men. Hinduism, with many female divinities, is a brutally difficult culture for women. Cerebral Confucianism and Taoism have been the presiding religions in cultures where women’s feet were bound to render them unable to run away, and where women were always property of men. Islam, which allows men to marry up to four women, requires women to be covered in public. And Judaism, in its most orthodox forms, requires women to shave their heads and wear wigs.

The repression of women is older than any religion, and justified in many religions. But in Christianity there is a particular irony, in that Jesus was so affirming of women.

The gospel text for this week tells the story of Jesus dining in the home of a rich disciple. A prostitute runs in and covers Jesus’ feet with oil and wipes it away with her hair, all the while praising him. The host, objecting to her as socially unacceptable, asks Jesus to send her away. Jesus asks him, which debtor is more grateful, the one whose small debt was cancelled or the one whose massive debt was cancelled? And the host says, of course, the one with the larger debt. And Jesus says this woman loves God extravagantly because she has been extravagantly forgiven.

The Roman Church, like Judaism and Islam, neglected to press for the dignity and equality of women to which their traditions point them, and instead incorporated doctrines supporting misogyny into their faiths. This happened slowly, over centuries, one stubborn argument at a time. The doctrine of Original Sin took nearly seven decades to win acceptance, decades in which Augustine battled with noted Greek Orthodox theologians who opposed him, and with the English theologian Pelagius. Chicanery, manipulation, politics, even bribery, helped Augustine to seal the deal, and all of this has been noted by Princeton historian Elaine Pagels in her book, Adam, Eve, and the Serpent. 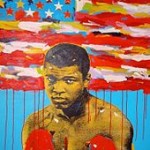