Manchester by the Sea

You’ll understand if I tell you I live near this town. It’s not an hour away, and it lies along that shared length of seacoast known as the Great Salt Marsh, which runs from southern Maine, across New Hampshire, and along Massachusetts to the end of Cape Ann.

All the towns in all three states sharing this coastline also share a common sense of identity that has bound them together since long before there were states, or a nation, here.

It used to be called just Manchester. But folks there didn’t like always being confused with that other, larger Manchester inland in New Hampshire, so they took a vote and added -by-the-sea, maybe ten or fifteen years ago. And some of us thought it was kinda snooty, an upscaling thing to do.

Kenneth Lonergan’s film is anything but snooty. He is telling a tale about the coastal life of people who’ve lived here for centuries, generation after generation making their lives off the boats, the nets, and the makings of the same.

God knows not all, maybe only this one man, have to live with the deaths of their three darling daughters in a fire they started accidentally.

But all along the seacoast of the Great Bay, people work to live and live to work. And after work they have a few beers. And they have a few on board the boats, while they wait for the nets to fill, and after they haul a full net in.

Casey Affleck portrays this life superbly well, as a man with an ocean of feelings inside him who never, ever, talks about what he feels. A man with an ocean outside his front door, an ocean he rides every day in a life with such few possibilities that he’s like one of the lobsters in his traps.

After the tragedy, in which the unnamed costar, beer, plays a big part, Affleck leaves town to endure his own internal damnation. And in his self-imposed exile he lives in silence and in bitter isolation, his relational life now consisting only of getting drunk in neighborhood bars and starting a fist fight with some stranger.

It is an unexpected death, his brother’s, that begins his resurrection. He doesn’t hesitate to return to where he is now needed, summoned, to the town he does not want to see again, to the deaths that haunt him.

And every encounter, expected or by chance, hurts. The nephew, who needs a tenderness and a firmness he says over and again he cannot give. The ex-wife, who wants to share kindness for their mutual grief. Like the TinMan slowly learning to move despite his rust, he, who says he cannot do move and does not any longer have a heart, does move again.

In each of these: halting steps, kind words heard if not responded to, touches he can barely stand to get; in each a drop of the balm in Gilead does a bit of its healing work.

“I can’t beat this,” the lost man says. And more than once.

And we all know, if not his losses, then the groaning shape of our own terrible mistakes, our own destruction of what was precious and how we let it break apart and die away.

Lonergan’s film is about resurrection.

Not the magical kind that is fondly hoped for, after death. But the other kind, the kind that makes you go on living, in painful steps and slow. The kind that cannot be spoken, because you know that there are no words for way the balm of Gilead heals, and to try to tell it would be to lie.

What makes this the Best Film of the year is that the whole nation is now living within the bitter alcoholic dysfunction of the Bannon White House.

Bannon, a man divorced by his wife for abuse, a man on the record for anti-Semitic and anti-feminist statements, a former editor of a white nationalist paper, a man who looks like he needs to be taken to detox, is running the ship of state. And his stated goal is to blow everything up, so that we are all as miserable as he is.

For everyone’s sake, Bannon needs to face his demons and find his soul. And we need to find a way to get this man out of power and into treatment. 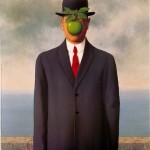 January 30, 2017
Salt and Light in the Beleaguered City
Next Post 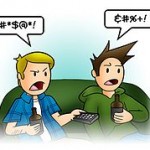