It’s Pentecost – and Something Is Not Right 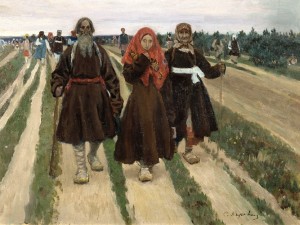 There’s a disconnect between Jesus’ invocations of the Spirit in John’s gospel, and the way we’ve always understood them. And the disconnect has taken on a neon glare in the world right now.

And the thing is, the world right now is very much like the world Jesus walked around in, the first century world where fumbling the political football was causing a lot of unrest, and yes, even terrorist acts.  The first century world, where the expected replacement for Emperor Tiberius in Rome was unexpectedly charged with treason and executed, and throughout the imperial world a new wave of conservatism took hold.

So the unrest, the anxiety, the factionalism, the maneuvering, the leaks, the betrayals, even among the disciples, were occurring at an alarming rate. As they are now.

But we don’t think about all this when we read the Spirit passages in John’s gospel. We think, or at least I do, of the Pentecost stories in Luke and Acts: Ascension comes, Jesus departs. Pentecost comes, the Spirit descends on the crowd in Jerusalem, and in a spectacular act, the power of understanding spreads out across nationalities and classes, men and women, old and young. The Church begins to conquer the world.

And, at least if you’re Protestant, fifteen hundred years of history pass uneventfully and you fast forward to the Reformation, when important conflicts return.

Only, that’s now what happened, of course. And even more important, that is not what was happening at Pentecost.

In the tense, strained petitions of Jesus, imploring God to send the Spirit to bring unity, and assuring God, over and over (which seems to belie the truth of these words) that his followers are one, that they all understand his teachings, that they are ready for the spirit that will make them all one, the conflict that is happening in the Roman Empire and that is argued over by his disciples as much as by the everyone else, is there.

Conventional theology takes these assurances literally. That the disciples were of one mind. That to follow Jesus is to be of one mind.

This literalism has led us to creeds, catechisms, discourses on heresy, promises of conformity of thought at baptisms, communion and weddings. This literalism leads to the imposition of rigid rules of conduct and causes Christians to punish those to whom Jesus unfailingly showed mercy.

The thing is, we know that Jesus’ followers did not understand him, much of the time. He expressed exasperation with Peter, even to the point of calling him Satan, because Peter would end up drawing the wrong conclusions, often.

The thing is, we know that Jesus’ followers, even in John’s gospel, don’t get it. Thomas, known as doubting, cried out after Easter that they certainly did not know the way to the kingdom of heaven, despite all Jesus’ teachings.

The thing is, Pentecost took place in a world of divided opinions and endless arguments. Just like the world we are in. But with this difference: the disciples did share an attitude of goodwill, even for what they did not understand, and even for the times they lived in, and feared.

And here we are, then, muddling through times we cannot fathom, with leaders whom we do not trust, leaders who disappoint, and fears that do not abate. Into this, comes our celebration of the Spirit.

Ruth Marcus, a Washington Post columnist, quotes Defense Secretary James Mattis, in Dexter Filkins profile of Mattis in the New Yorker, when he was asked what worries him most about his new role:

Mattis: “The lack of a fundamental friendliness. It seems like an awful lot of people in America and around the world feel spiritually and personally alienated, whether it be from organized religion or from local community school districts or from their governments.”

Something is not right, Ruth Marcus says, and she uses this for the title of her op ed piece.  If anything, Mattis’s diagnosis seems understated. This national distemper, the sour, angry mood infecting the body politic, was evident before Montana congressional candidate Greg Gianforte body-slammed a reporter (from the British magazine, The Guardian) for daring to ask a question (he did not want to answer).

Not only is Gianforte’s abusive behavior not right, the muted, muffled, non-condemning response from Congressional Republicans is as shockingly not right as Gianforte’s attack.

Democracy is, in fact, an endless argument, and an often raucous one. Does it seem loud this year?  FDR, who was president in the heyday of newspapers, when most cities had several and there were morning and evening editions, was pilloried in many, called names glib enough to have come from Donald Trump, and cartooned for his cigarette holder, his dog, his teeth, his clothes, though, touchingly, not for his crutches.

Many issue calls for impeachment, and many others believe the whole investigation process is baseless and politically motivated.

Some compare Trump’s administration to Nixon’s. But the differences are many: we are a different nation now than we were then. There were no terrorist bombings, and immigration was not an issue.

No one really liked Nixon, so when he resigned, there was no fuss about it. He never made a comeback of any sort, and had no popular base.

His Vice President had resigned a year or so before, for personal corruption. So Nixon was replaced in office by the Speaker of the House, Gerald Ford, who had been ‘appointed Vice President four months before Nixon resigned, when the hand-writing was on the wall. Ford was a man with whom the country was familiar, a man everyone liked, even if they disagreed with his politics.

Trump, though, has a fan base of 35 to 40% of the population. And his fan base includes alt-right folks who are anti-government and armed. Were he to be expelled from the Presidency, they would not likely accept it quietly. Nor would Trump, who would likely keep holding rallies and keep venting his anger openly.

It is into this disarray, this anguish of spirits, this argument of chicanery and corruption, this reliance upon whispers for finding out truth, that Pentecost comes.  “Out of the hearts of believers will come rivers of living water,” Jesus promises. And he invokes his peace upon them.

His Peace. It will not bring the babble of opinions to a halt. It will never, not even for one day or one moment, produce unity of thought. And, as with the disciples in the Upper Room, we will each have our own experience of his presence, of what it means, of what confuses us about it, of how our fears are being addressed.

But we will be able, if we breathe deeply, to recognize in one another the Goodwill of Christ’s Peace. 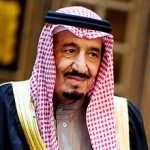