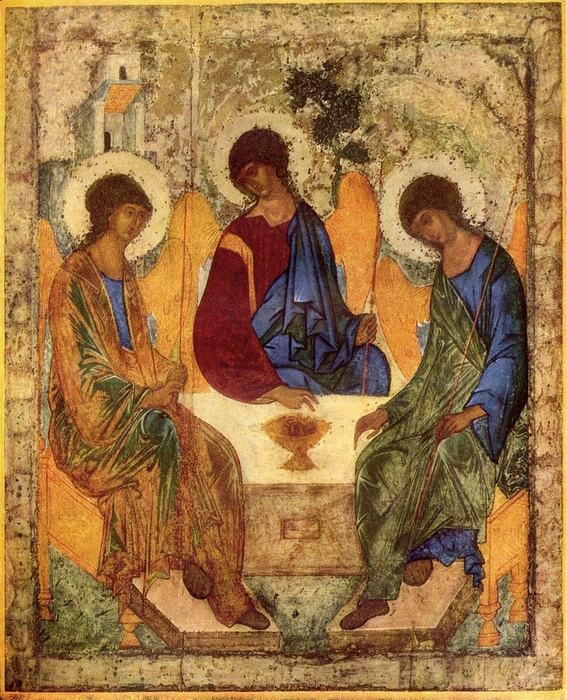 The One World Vision Within Trinity

The tale of the Spirit descending on a crowd of strangers in Jerusalem argues for globalism. In fact, it is an unequivocal embrace of globalism.

The Spirit descends, and a tri-unity of divine energy is formed,  not to protect cultures or to establish boundaries around religions or nations, but to make global citizens of all the disciples of Jesus.

The story says that on the fiftieth day after Easter the disciples were together in one place, a sound like a rushing wind filled the house, what appeared to be tongues of fire rested on each of them and they all began to speak in other tongues.

The sound of the rushing wind brought a ‘multitude’ of people ‘from every nation under heaven’ into the public square, and they all heard the Galileans speaking in their own languages, and marveled – for they were Mesopotamians and Egyptians, Asians and Arabians, Romans and Libyans and from many other nations. In other words, they were from all the corners of the known world. And they were Jews and non-Jews.

What they heard was Peter preaching, not about Easter, but about a vision, the dream that young and old, women and men, could all be transformed together. And more than three thousand chose to be baptized that day, the Book of Acts tells us.

So the church was commissioned to spread the vision to everyone, using the strength of the Spirit that claimed all the world as its own.

And in this, Trinity was born.

Trinity, which entirely misses the point when we focus on arguing about the relationship within it.

Trinity, which in its Threeness creates a space, like the space within a triangle, only this space is large enough to hold all the world.

In the Spirit space trinity creates, everyone belongs. Three thousand strangers in Jerusalem and a motley crew of strangely behaving disciples.

On the wings of the Spirit and in the discovery of this space, the disciples will start fanning out around the world. They understand their mission is to travel everywhere, to spread the vision far and wide in the now borderless and beckoning world.

The globalism in Pentecost stretches on, over centuries and seas. The articulation of the vision has suffered dreadfully over the centuries, and suffers badly now, in the prosperity gospel, in the punishing traditions which turn Jesus’ love into brutal enforcement of sex rules.

The wisdom of the preachers fails in every age, but the commitment to “everywhere, everywhere” remains throughout the centuries.

In this unerring sense of global purpose and international embrace, all the modern arguments, that closed cultures are more faithful, or are safer, or are more truthful for their citizens, even the so-called Christian argument that and that only one lifestyle, nuclear marriage, is holy, can be rightly seen as blasphemy.

The “don’t let the Moslems in” righteousness of some echoes the arguments articulated in Jerusalem then, echoes the Pharisees and Sadducees who said Jews should keep to themselves, who said faithfulness is about food and sex and clothing and saying the right prayers, who said pulling away from the rest of the world was the right thing to do.

But the creation is One, and holy in being One. As God is One, with triune faces and aspects that connect to make one sacred space for all the world.

The Garden of Eden is now the planet – and the whole planet has to be home, in order for any part of it to be home to anyone at all.

Soon, we will read of Peter’s dream, which sent him to Rome to stay in the home of Cornelius, whom he knew ate foods considered unclean by Jewish law, whom he knew was an uncircumcised man, whom he knew had worshipped idols. In the dream, Peter saw all the ‘tref’ forbidden foods lowered to him in a sheet, and he heard the voice of God saying, “Rise, Peter, take and eat.”

And on the strength of that dream Peter set aside his fear and went to Rome to start, with Cornelius, a church.

Peter did not impose upon his church the requirement to become like Israeli. Instead he made the foundation of his church the vision of Jesus, and the sharing of Jesus’ stories, how unclean people become holy sons and daughters of God.

We are living within the embrace in which the Spirit holds all of us, God, Jesus, and the entire world.

When terror happens, and God knows, in every age it does happen, it is not the most powerful word, not the final work, not powerful enough to undo the power of resurrection. Terror cannot separate us from Easter, as the cross, in its horror, could not separate Jesus from God.

And it is this vision we are called and commissioned to follow, not the tweets of the foolish or the loud leaders of this world. 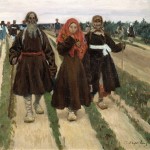 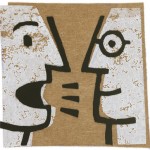 How Jesus Empowered Women (And Christians...
Keith Giles
Related posts from The Bite in the Apple