Caesar and Herod, to name two in Jesus’ own day –
and in ours, movie stars galore:
Brangelina, that passionately romantic duo, now divorcing;
Matthew McConnaughey, Most Beautiful Man in a Lincoln Continental. Tom Brady, fabulously nicknamed Tom Terrific.
And our President, whom the whole world sees clearly as the bare-naked emperor of our divisions.

The whole culture of America has been about being The Best. Best in everything.

And as the rose-colored glasses fall from our eyes, all the facades are falling. We see with dystopian eyes.  The veneer of perfection was never thicker than a fingernail, was it?

And along comes Jesus, who never said he was anything more than an ordinary guy from Galilee. Who never wanted a palace, never wore silks, never got his face engraved on any money, never fell into or out of love, at least not as far as we know.

He told his friends he could teach them about God and their own belovedness. For a text, he used the fish in their nets, the sheep in their fields, the seeds farmers sowed, and yeast in a woman’s hands.

And he added, as his own special seasoning for the bread of their lives, a few blind men, a few lepers, a foreign woman with a sick child, a Roman centurion in despair for his dying daughter, quite a number of prostitutes and a woman who had five husbands.

One day, on a high mountain with two friends, he appeared to them to be shining in light. And they heard the voice of God calling him the Beloved.

The glory they saw in him was a thing he wanted to keep quiet about.

Unlike Caesar, Herod, and Trump, who can’t get enough of the glory road, who want gold on everything and creature comforts all around them, Jesus says hush to Peter and the others, and, he says, let’s go back down, to the low places in this world.

Most of us want to rise. It’s the American story – rags to riches, not riches to rags. We want to be celebrated, and we admire those who are.

What about Peter, then? He wanted to stay in the glory moment, he said so. And after? What did he think about, afterwards?

So many disciples dreamed of glory-to-come. But Jesus really doesn’t.

And resurrection may not, in fact, be about glory at all. It may simply be about breathing. About stretching into a good day. About feeling how good it is to be alive.

The glory that shone around Jesus may simply be truth and light, and unwavering devotion to the same people Moses and Elijah cared about.

Moses, who grew up a prince, in the end gave his life to a rag-tag bunch of folks who had nothing of value and hardly any hope at all.

Elijah, who confronted King Ahab and his Jezebel, hid in the brush by a brook, Cherith, till it dried up in the drought, and then turned to a famished widow and her son, saving them as they saved him, a crumb at a time.

Jesus brought his rag-tag group to an upper room and fed them crumbs and the ceremonial cup of Elijah, and then went out to pray before he died.

And so it is. The glory of God does not look like the glory of this world. And all the prayer breakfasts, and all the applause, cannot turn real glory into fool’s gold.

Peter would have done that, there on the high place, he would have prayed for the Golden Ones to stay apart and separated from the poor.

He did love Jesus, as we all do, but unwisely.

Kentucky poet, and former Laureate of the US, Wendell Berry, offers us a prayer about transfiguration: 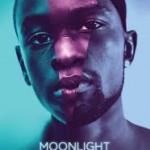