Black and Gay in Moonlight 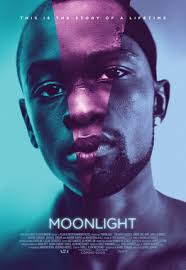 his may be the Best Film of the year. Already, it is one of the seven best, nominated for the Oscar.

What makes it a Best Film is that it elicits from all of us, whatever our race,  age, or location on this earth, an unwavering empathy for a boy growing into a man who is from the first frame to the last, fully human, fearful and free.

Our first glimpse of Chiron is of him fleeing a gang of bigger, stronger boys, who pick on him relentlessly.  They call him Little, and it disses him, and he knows it. But he doesn’t know why they call him that. He is as tall as they, but thinner, deer-like. He freezes in the headlights of his world, looking for shadows and safety.

The film has three parts. ‘Little’. ‘Chiron’. And ‘Black’, a name his friend Kevin gives him in the middle.

There is so much beauty in Chiron, and so much pain and fear, it makes it hard to say whether the film is about misery or survival. A. O. Scott, in the New York Times (October 20, 2016), has written that it would be accurate to call the movie a film about growing up poor, black and gay. But, he says, it would also be accurate to say the film is about drug abuse, mass incarceration and school violence.  He concludes, it would be truer to the spirit of this breathtaking film to say that it’s about teaching a child to swim, about cooking a meal for an old friend, about the feeling of sand on skin and the sound of waves on a darkened beach, about first kisses and lingering regrets.

Based on the play “In Moonlight Black Boys Look Blue” byTarrell Alvin McCraney” the film is both a disarmingly, at times almost unbearably personal film and an urgent social document  .  .  .  .

And if you are white, like me, then this film takes you into a world within a world. Its journey goes into an all-black world (there are no white people in the film, and all that tension, all that struggle, are not what this film is about). This world is a world I can never enter, except through this film, the world of black housing projects in the poorest part of Miami, the world of drugs and poverty and childhood fear.

Here Chiron grows up as the child of a single mother who is a sometime recreational drug user, a child harassed by boys who already sense about him what he does not yet know about himself, that he is gay. No one can really protect him.

He meets a magically kind drug dealer, Juan, who offers him the thing no one else has ever offered: kindness and caring love. Juan feeds many hungers in ‘Little’, as Chiron is known, and turns that nickname into a fond name instead of a mean one. Best of all, Juan takes Chiron to his girl friend, Teresa’s house, a place where food and a welcome are always available, a place where pride is encouraged and shown, a place where painful questions can be asked and will be answered.

It is Juan who answers the boy’s question, What is a faggot, a word his own mother has used, by putting its ugliness into the mouth of those who speak it, and taking its shame off Chiron.

And it is here that Chiron figures out that his mother, addicted now to heroin, got that way with Juan’s drugs.

And it is now that Little becomes Chiron.

The pain is only just beginning, and yet this film does not ever let its viewers shrink away, we are held by every frame in an empathy that does not fail.

This is not our story. It is not a universal tale. But in all its particularity, it is human, and everyone in it is human. No one is Superman. No one is Demonic. No one is lost beyond recognition in its misery. No one is idealized. And none of us can, or even wants to turn away, because this is fully human story, this is soulful stuff.

In the end, I came away profoundly changed by having been intimately connected to Chiron. Chiron who, in the end, becomes Black. Black is the name Kevin gives him when he is at last blue-in-the-moonlight, as he says in the beginning. Moonlight is where he finds out who and what he was, has a first sweet experience of sex and peace, and for a moment is no longer afraid. 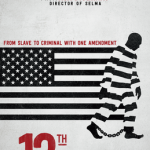 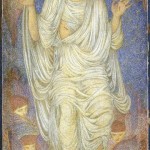 February 19, 2017 Real Glory versus Public Foolery
Recent Comments
0 | Leave a Comment
"Yes, he was Minority leader at the time, not Speaker. Thank you."
Martin W. Eldred It’s Pentecost – and Something Is ..."
"Conventional religion doesn't give Mary nearly enough attention; nor Ruth, nor Elizabeth, nor the Saints ..."
Emily Elizabeth Windsor-Cragg No More Lying About Mary
"Nancy - what happened to you? You've all but disappeared?"
Pat Pickett Easter and the Bandit Shepherd
"There is more than one way to interpret the writings of the Bible, just because ..."
Mary-Anne Lomas No More Lying About Mary
Browse Our Archives
get the latest from
Progressive Christian
Sign up for our newsletter
POPULAR AT PATHEOS Progressive Christian
1