Ted Cruz is no Friend of Jesus 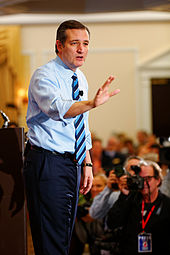 Ted Cruz. The crusading evangelical.  But he doesn’t seem to be running on gospel values.  He’s running pretty openly on being a Big Fist, trumpeting promises to smash enemies and cut taxes.

Today his rival Trump has broadcast the news that Cruz’ campaign, in days before the Iowa caucuses, spread a false rumor that Ben Carson was going to drop out, and advised many Carson supporters to make their votes count by switching to Cruz. The false rumor was allegedly targeted to known Carson supporters in Iowa, where more than 60% of GOP voters are evangelical.  And evangelicals are the carefully groomed constituents of Ted Cruz.  But they are also devoted to Ben Carson. Cruz did better than expected.  And Carson, worse. Trump charges Cruz with stealing the Iowa vote.

Cruz’ campaign denies this was done officially, according to CNN.  And Cruz, according to a visibly skeptical Ben Carson, called Carson to apologize, also to say he knew nothing about it when it was happening.

Trump says Cruz stole the election by doing this.  But the real question is, What Would Jesus Say?

And that question comes to me almost daily, when Cruz appears on the news or in his own ads, which are plentiful here in NH.

Cruz, with fist pumping and venom in his voice, pledges to carpet bomb ISIS when he is president.  Wouldn’t Jesus, whose birth and death are promises of Peace, who is called the Prince of Peace, who would not let his disciples defend him at his arrest, who preached that we are to love our enemies and do good to those who spitefully use us, wouldn’t Jesus weep at this?

Cruz promises to deport immigrants without proper paperwork, and to build the ‘wall’ so many Republicans dream about.  Wouldn’t Jesus, who extended his love, mercy, healing and help to a Roman soldier with a dying child, a Syrophoenician woman with a sick daughter, and who valued and vaunted the much-hated Samaritans, weep to hear Cruz say such things while wrapping himself in the cloak of Christian piety?

Cruz’ refusal of mercy, according to his speeches, extends to women who need Planned Parenthood’s help and care, to refugees, and especially to Moslems, who are lumped together in his oft-mentioned war against radical Islamic terrorism, the words he condemns President Obama for refusing to use. Will Ted Cruz visit an American mosque as President Obama did today, in recognition of the daily fear American Moslems live under?

Where are the speeches about grace?  I haven’t heard one.  Where are the testimonies of his own sins, and his moments of being saved?

Cruz is running as The Big Fist, as the Militant Warrior, and God help us, he is running as the Capeless Crusader against Social Security and Medicare, against the underpinnings of old age for all Americans.

Not a word about the poor – except, of course, disparaging words about the drain on the budget of social benefits.

Of late, Cruz has been calling himself the new Reagan, a president who skipped church for eight years while in office.  Cruz likes to say, with great solemnity, God Bless  Iowa, or God Bless the great state of New Hampshire, and of course, this blessing will be extended to every state as a bid for getting a fistful of delegates.

As a Christian, I am appalled at Ted Cruz, and resent his use of the Bible and his use of prayer as props for the preaching of cruelty and war. 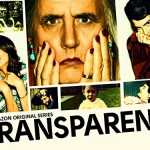 January 31, 2016
Transparent. Transfigured.  The Difference Is What Happens to the Heart.
Next Post

February 5, 2016 The $675,000 Question:  Who Will Hillary Be Working For?
Recent Comments
0 | Leave a Comment
Browse Our Archives
Related posts from The Bite in the Apple