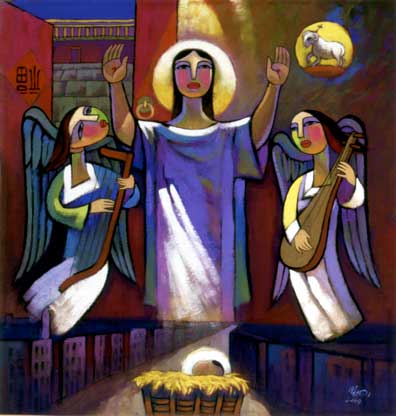 Easter is a moveable feast, according to the rubrics in the Book of Common Prayer.

The truth in these words goes far deeper than our usual notice, far beyond Easter eggs and breads, far beyond breaking the fast of sorrow with the words, Christ is risen and a bit of sacrament on the tongue.  The truth goes beyond something to be received, and is, in fact, something to become.

In the several, and different, stories of Easter the four gospels tell, the Easter sightings are of a Jesus nearly impossible to recognize – Mary supposed him to be a gardener, those in the Upper Room supposed him to be a wraith or ghost, and the men on the Emmaus Road walked and talked to him all day without recognizing him.  From them, we learn that the Easter body was unlike the man they had known.  The body that went into the tomb and the one that came out were greatly different.  And from these tales we also learn that Easter recognition mostly came in sharing food. 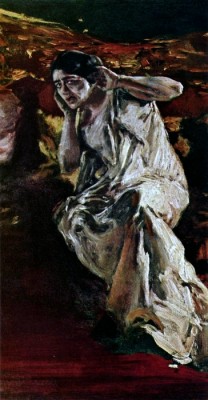 In the Upper Room the Easter Jesus eats their food, a fish, from their table, from their plates.   And then they know him.  At the Emmaus Inn, he breaks bread to share with them and in that they know him.  And on the beach, they see a stranger hailing them and are confused, but the invitation, “Come and eat!” and the sight and smell of the fish he is cooking, awakened their senses to him.

Easter, then, is a sensation – Easter is a sensed revelation.  For Mary, in John’s gospel, it was her ears that sensed Jesus.  For Thomas it was his touch that sensed Christ’s reality, in a body confusing enough for Thomas to want to identify the wounds.  But for most of them, the sense was taste, the sweet taste of Easter, which we recognize in traditions of candy and cooking through the ages.

Easter, then, is ingested and digested, and becomes real in all of that – becomes reality in the disciples through the taste of the sweetness of the fallen – and risen – One.  Easter becomes real as the disciples become Easter themselves – as they more than recognize the presence of Christ, as they taste and are nourished by Easter recognition in one another, and by the sustaining nourishment that Christ brings to them and receives from   them.  It is in them that he rises, and they also rise in him. 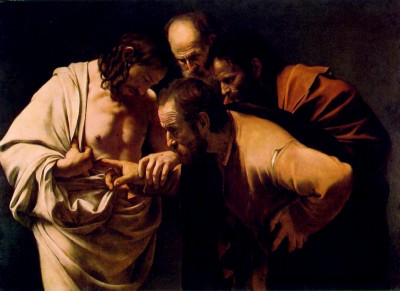 This is what he said to them on Thursday, at the Last Supper.  And they will return to this recognition, this imbibing and ingesting of the living kingdom they, with him in them, are, meal after meal, table by table.  The miracle of bread and wine does not stop.

But the miracle requires of us that we not sever the bond between his rising and his rising in us.  The miracle requires that we know Easter as both transcendent and immanent, as ‘in this world’ as much as it is ‘beyond death.’  So Easter, awake first in the disciples and dear friends of Jesus, will move at Pentecost to all the world.  In us, this alternate world, this great hope, this new life, becomes embodied and is offered to others. 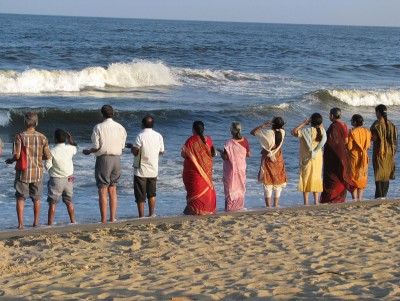 Easter is not just one body, uniquely able to rise, but the miracle is that any body can be Christ’s body, Christ’s resurrection.  He is not risen to a throne in the distance of space, gathering all of us to him out of the world, but he is risen to life, to living, to embodiment in this and in every place, body by body, table by table, meal by meal, gathering people from every place into the welcome of the banquet in the new kingdom of God.

Evangelicals Are Attracted to Conspiracy Theories—Why?
Divergence
Related posts from The Bite in the Apple