The most successful and notable faith-based social services, Wuthnow interestingly points out, are unique not for the type of service they provide but for their approach. Because religious communities generally are communities of caring, sharing and compassion, when this approach carries over into social services, clients feel more welcome and more satisfied.

As Wuthnow describes, “the research that has been conducted among faith-based organizations, although quite sparse, suggests that it is probably their ability to forge encompassing whole-person, personally transforming relationships with clients that accounts for any special success they may have.” p. 159

Does this mean that government funding should be given to such-faith based organizations? An organization like Catholic Charities may be able to provide welfare services or adoption just as well as a secular agency and the clients may feel treated better, and most government support for faith-based social services go to large agencies like Catholic Charities that have long received government funding for their work and in practice look very similar to secular agencies. However, for many difficult social issues like drug addiction or prisoner re-entry, faith-based services are most effective precisely when faith becomes a channel for personal transformation rooted in a religious experience or commitment. Hence, it may best for both the government and the religious group not to get entangled when it comes to religiously-based transformative social programs.

Hence, Wuthnow asserts that “the faith-based organizations that politicians often point to as reasons for expanding government support are often the exception rather than the rule. What congregations do best generally cannot be replaced by or even reinforced through government support. Yet there is considerable evidence to suggest that specialized faith-based service agencies function just as well as nonsectarian agencies and, for this reason, should not be discriminated against in receiving government support.” p. xvii

An outstanding example of this faith-based commitment to healing the whole person is Eugene Rivers, an African-American Pentecostal pastor and leader of the Azuza Christian Community in Boston. As Rivers explained in a lecture at Calvin College, the problems of poverty and gangs need to be addressed with a combination of social programs and a focus on reforming family relationships.

He gained national prominence for his work with the Ten-Point Coalition, a coalition of Christian clergy and lay leaders that work with Black and Latino youth in Boston. The coalition he helped launch worked successfully with the police to reduce crime and gang activity by providing alternative activities for youth and healing the whole person. 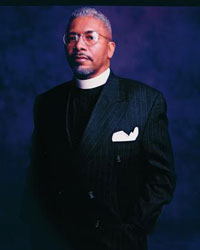 When discussing faith-based social services with my students, some argue that government funding should never go to the organizations like those started by Eugene Rivers because faith is so central to their approach. Other students counter: why wouldn’t we want to support something that is so effective at dealing with our most entrenched social problems?

History, sociology and anthropology all tell us that people’s religious faith will continue to inspire them to do faith-based social service work, and many people will prefer to go to faith-based services agencies because of the focus on the whole person. Aren’t their ways to allow government support for large faith-based organizations that neither lead to government support for proselytizing nor impede religious organizations from carrying out their missions as they define it?

This balance is the essence of the First Amendment of the U.S. Constitution states: the federal government shall neither establish a religion nor prevent the free exercise of religion. Although it may be difficult to strike this balance, it’s an ideal worth striving for, as religious organizations like Catholic Charities and courageous religious leaders like Eugene Rivers are a fundamental part of civil society, and a virtuous, ordered, and free society needs both an efficient government and a vibrant civil society.

December 1, 2011 Why Do Christians Leave the Faith? The Problem of Responding Badly to Doubt
Recent Comments
2 Comments | Leave a Comment
Browse Our Archives
get the latest from
Evangelical
Sign up for our newsletter
POPULAR AT PATHEOS Evangelical
1