Women Can’t Have it All, and It’s Better That Way

Part 2 in a series on Women at Work, in response to Anne Marie Slaughter’s piece in the Atlantic about careers and family.

When I was in graduate school, I played in Princeton University’s summer softball league for a team named “Leviathan.” I was one of very few women regulars on any team in the league, a league of not necessarily highly athletic but nonetheless ferociously competitive graduate students. At one game, hot tempers started flaring over someone heckling my team’s pitcher, and a fight was about to break out. I ran over to the two guys about to come to blows and jumped in the middle. I figured if they had to punch each other around me—a woman—they might walk away from the fight. I grabbed my teammate by the shirt and yelled, “Don’t do it! It’s not worth it!” The gamble worked: the fight never happened, and we returned to the sidelines.

When I went up to bat a few innings later, suddenly the same teammate had I pulled out of the fight yelled, “Go Mighty M!” Energized, I smashed a line drive right over the head of the left fielder who, seeing a woman at the plate, had mistakenly come in too close. My teammates cheered loudly and the nickname stuck. On the field, I often did seem mighty. I wasn’t afraid of breaking up a fight, colliding while trying to catch a fly ball, tagging someone out who is sliding, or barking at any guy who said anything improper to me. Having played high school softball, I also hit the ball harder and threw the ball harder than almost any woman in the league, earning me the respect of all the men. I proudly wore my league shirt with “Leviathan” on front and “Mighty M” on the back for many years, and enjoyed many glorious wins with my teammates followed by pizza and beer at Conti’s.

In my academic work, I often act like “Mighty M.” I’m not afraid of jumping into the middle of a passionate argument, calling someone out when they can’t support their argument, or defending myself against unfair questions or critiques. In academic sports leagues and academic conference rooms, “Mighty M” has succeeded because of her self-confidence, backed up by not so shabby amounts of knowledge and athleticism.

The hard part for me was learning that “Mighty M” is not “Almighty M.” Despite the fact that in the creed I pronounce every Sunday at Mass, I state, “I believe in God, the Father Almighty,” I mistakenly thought I was almighty for quite some time. I got degrees from two Ivy League schools, my early publications landed in good journals, I got an advance contract on my first book from the University of California Press, I got a great post-doc right out of grad school, and then landed a job in a top sociology department in the country.

But my academic life, my personal life, and even my physical health, have had many ups and downs. My outlook on life—my self-conception and reputation as “Mighty M”—was much more comfortable in the ups than in the downs. If we’ve been taught to think we can have it all (or we can have it all, but not at the same time) then those times when we patently don’t have it all (i.e., a publication we worked on for a year gets rejected by 2 journals, we suffer a major disappointment in our families, or we have a health problem that forces us to lie in bed for days or weeks), we will be quite miserable. Occupational success, personal happiness, and good health are wonderful. Don’t get me wrong.

But not having some of those things some of the times undoubtedly makes me a better person. Why? Acknowledging I don’t have it all makes me humble. By worldly standards, I do have more of “it all” than many people. Clearly, so does Slaughter (and I admit she has more of “it all” than I do or probably ever will). I admire Slaughter for acknowledging that when she realized she can’t have it all she also realized that for many years she felt a sense of superiority over other women who complained they can’t have it all.

Not only is it easy for Might M to look down on others, what happens when Mighty M has downs? I take it very personally and find it hard to be happy.

It is only more recently that I’ve come to see my losses as equally important as my successes. My losses have taught me that I may indeed be Mighty M but I most definitely am not Almighty M. No matter how might we are, no mortal is almighty—maybe the reason we say God is Almighty in the Apostle’s Creed is that we need to remind ourselves constantly of it.

At the end, I’ve learned that it’s just as much a part of the human condition to want it all as it is not to get it all. The highest human virtue, the true human happiness, comes in finding happiness by striving for it all while being grateful for whatever comes and does not come. It’s often in not having it all that we come to see the value of what we do have.

Looking back on my life, there were things I wanted that I didn’t get and was terribly disappointed but later on realized that what I wanted at that moment would not have been best for me. That doesn’t mean we shouldn’t want things, or want them ardently, but the trick is knowing how to want things ardently yet be happy either if we get them or we don’t get them. This is what Saint Ignatius of Loyola called holy indifference. It’s not complete indifference, because we must cultivate our desires, do our best to achieve them, and then let things evolve. We are not Almighty, and our vision of what is good for us at any point in time is limited. Not getting things is often part of a much bigger and a much better plan.

That’s why even if I don’t have it all, it’s better that way. In fact, I wouldn’t have it any other way. 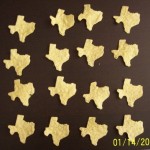 July 6, 2012 Popular Civil Religion and the Making of a Texas Convert
Recent Comments
9 Comments | Leave a Comment
Browse Our Archives
get the latest from
Evangelical
Sign up for our newsletter
POPULAR AT PATHEOS Evangelical
1