Does Christianity, Like Not Eating a Marshmallow, Make You More Successful in Life?

Does Christianity, Like Not Eating a Marshmallow, Make You More Successful in Life? February 14, 2013 Bradley Wright 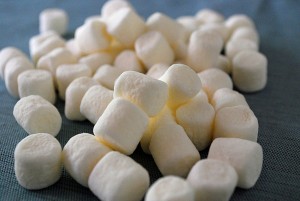 A longstanding theme in the sociology of religion is how religious beliefs and practices affect one’s place in society. I’ve been reading lately some psychological studies of self-control, and it seems that self-control might prove to be an important mechanism by which Christianity influences its adherents’ place in society.

Having high levels of self-control has all sorts of benefits (at least, that’s what I’ve heard). It helps people make good impressions on others, get more education, do better in the workplace, and avoid crime.

Previously, some researchers assumed that self-control was a static characteristic, perhaps developed in early childhood, and indeed childhood self-control levels are predict future success in life. This was illustrated in Mischel’s famous marshmallow study in which children were given the choice of eating a marshmallow at that moment or waiting five minutes for a second marshmallow. The marshmallow was placed in front of them, so to get a second one, they had to exert self-control for five minutes by not eating it. The kids who could wait ended up being described as more competent and having higher SAT scores.

Another view of self-control has come into play, and that is self-control is a muscle. It can be worn out from overuse (again, that’s what I’ve heard), just like a muscle can, and it can also be built up over time with practice. Studies have found that simple self-control exercises can make a long-term difference, exercises such as always sitting up straight, refraining from &%@!*^% cursing, and brushing your teeth with your left hand. What makes this potentially powerful is that these exercises provide a straightforward means of improving one’s life—by developing greater self-control.

Here’s where the practice of Christianity comes in. A dominant theme in Christian teaching is the practice of self-control. Pray regularly, read the Bible, attend church, watch how you talk, watch what you look at, be loving to everyone, and so on. The Bible even identifies self-control as one of the fruits of the Holy Spirit (Galatians 5).

In short, being an active Christian means daily working out the self-control muscle, and so it follows that following the faith produces a higher level of self-control. This, in turn, is associated with all sorts of other good things. Put succinctly:

To be clear, I’m not implying that other religions or belief systems are unrelated to self-control. Also, I recognize that Christianity redefines what success means, and so perhaps Christians with strong self-control don’t pursue “worldly” success as vigorously as they would without faith. I also recognize that self-control is not the only linkage between religion and social status, and that others may accentuate it or counteract it. Nonetheless, this mechanism has interesting implications for the effect of Christianity on general effectiveness and even one’s place in the world. 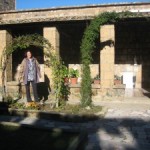 February 12, 2013
How Does One Get Invited on a "Monastic Vacation?"
Next Post

February 16, 2013 Asian Americans and Interfaith Marriages
Recent Comments
1 Comment | Leave a Comment
Browse Our Archives
get the latest from
Evangelical
Sign up for our newsletter
POPULAR AT PATHEOS Evangelical
1

Memory's Child
MEMORY’S CHILD   Memory’s child is crying Longing for the past, Mourning...
view all Evangelical blogs
What Are Your Thoughts?leave a comment
Copyright 2008-2021, Patheos. All rights reserved.