Last weekend I had the opportunity to participate in another small conference similar to the JSPS back in January. While the JSPS showcased the latest scientific discoveries by alums of the program, this was a more focused conference on a very particular population: second-generation Korean Americans (SGKAs).

For the Korean American community, now numbering 1.3 million, the experience in the US remains a largely new one to some extent. Census reports suggest that nearly 80% of Korean Americans are foreign-born. This figure is somewhat misleading however since it bundles together anyone who was born outside the US into a single category. Scholars of immigration however point out that there’s a big difference between arriving in the US prior to age 12 and arriving when one is a good bit older. The latter group is described as the “1.5 generation” and some scholars, including me, argue that the 1.5 are somewhat similar to the 2nd generation in that both groups were socialized in the US from their most formative years.

What’s particularly important about the second-generation is that they are the first in their families to experience America as their native home; while their parents’ memories of their youth originate in other countries, the second generation will recall growing up in a neighborhood in Los Angeles, Queens, Chicago, Atlanta, Philadelphia and elsewhere. Second, since most of today’s immigrants appear racially non-white (given their countries of origin), the experiences of the second-generation also entails a minority identity in the conventional sense. How then will these new native-born (or US-raised) minority populations adapt to their surroundings and how will their context respond to their growing presence? Since the story of today’s second-generation begins roughly around 1965, some of the oldest in this cohort are now in their 40s and 50s. With access to survey and interview data, we can learn whether older SGKAs are adapting as well as their other native-born peers.

Conferences about SGKAs then are one example of how some scholars are providing glimpses into this new class of American. Particularly illuminating for me was the inclusion of Korean-Canadian research; it was an important reminder that while the US is still the most preferred destination for immigrants, it is not the only destination for the millions of people who leave their place of origin for better opportunities. Indeed owing to the relatively small size of SGKAs, it makes sense to collaborate and share knowledge across borders. It bears noting too that such conferences are the result of excellent collaboration (Drs. Pyong Gap Min and Samuel Noh were pivotal in this instance), generous support from concerned community members, and judicious use of limited resources.

The conference covered numerous topics which I summarized into four groups (based largely on my notes and memory – apologies to anyone I may have missed or misrepresented).

Social mobility: perhaps one of the central questions about SGKAs is whether the America pathway to upward mobility is realized for the children of Korean immigrants who risked their opportunities in their homeland for a potentially better opportunity here. To that end, Drs. ChangHwan Kim (University of Kansas), Chigon Kim (Wright State U.), Ann Kim (York University), Sou Hyun Jang (CUNY Graduate Center), and Pyong Gap Min (Queens College, CUNY Graduate Center) have investigated SGKAs:

-bilingualism as a socioeconomic (dis)advantage

-entrepreneurship and socioeconomic mobility in Canada,

-ethnic and racial concentrations in STEM majors and employment sectors 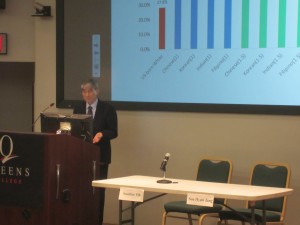 Mental health and identity: a lot of studies are now finding unique differences between members of different ethnic and racial groups on physical and mental health outcomes. A growing literature has looked into mental health of various Asian Americans and Asian Canadians, Koreans being one such ethnic subgroup. Drs. Il-Ho Kim (Centre for Addiction and Mental Health), Samuel Noh (U. of Toronto, CAMH), Neha Ahmed (U. of Toronto), Marianne Noh (U. Western Ontario), and Nam Soon Song (U. of Toronto) covered:

-Identity as a moderator of stress

-Identity formation differences in the US and Canada

Family dynamics: much of the mainstream conversation on Asian Americans focuses on family dynamics as a means of explaining the perceived greater educational and socioeconomic advantages of this racialized collection of ethnic groups. Scholars like Drs. Angie Chung (U. Albany-SUNY) and Miliann Kang (U. Massachusetts-Amherst) have called these perceptions into question in their studies of:

These studies are particularly interesting since their interviewees are adult Korean Americans who can articulate their experience growing up in households that supposedly are ultra-disciplined and competitive. How do they interpret their experiences and what do they do when raising their own children?

Social integration: finally, another important avenue of research looks at the degree to which SGKAs and other SG Asian Americans are integrating with society’s main civic and political institutions as well informal relationships. Drs. Dae Young Kim (George Mason U.), Sook Hee Oh (U. of Missouri-Kansas City), and myself fit into this area with the following presentations:

One guest presentation further stretched my knowledge of the changes taking place in Korea. Dr. Sung Kil Min (Yonsei U.) presented his recent work on foreign-born immigrants in Korea. Migration then is not only North American, it is truly becoming more global as countries like South Korea and Japan bring in non-native workers into their industries and businesses.

Since most of my research interests are in the worlds of racial minorities, this conference was admittedly one of the most refreshing intellectually. It’s interesting how different the dynamics are in such a setting where everyone understands some of the basic assumptions of racial and minority difference. More precise questions come up that push our thinking and hopefully engender better research that reaches large academic audiences and the greater public. While our society tends to lump all Asian groups together, better studies like these are helping to point out that only some characteristics are similar across groups, while many other characteristics are quite unique to each group. For those with ties to a Korean community, be on the lookout for these studies and the scholarly investigators who aim to make their research practical and worthy of consideration.

Since Waco is often lacking in culinary variety, here’s a gratuitous pic of some of the great food in Queens NYC. As a parting comment, I’m grateful to Dr. Min, Dr. Noh and their respective research organizations for including me in this gathering. 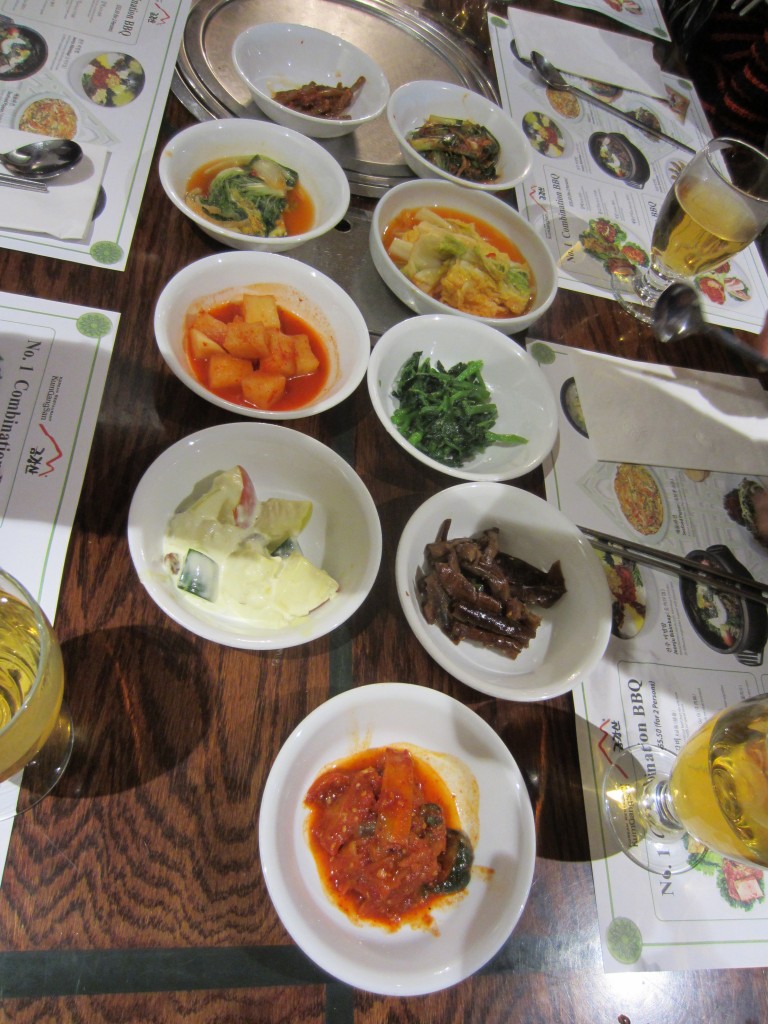