Are We Losing the Young? Evangelicals by Age Since 1972

One of the loudest fear messages that we hear in American Evangelical Christianity is that we’re losing the young which means that the future of the church is in peril. Christian writers have claimed that 60% of church-going teens drop out after high school, that young people are fleeing the church and thus will crash it, and that we’re in the last Christian generation.

Are these claims of imminent disaster true? Well, there are various ways of looking at age and religion, and I’ll start with a rather simple analysis. Again using data from the General Social Survey, I divide Americans up into three age groups: Age 18-29, 30-49, and 50+. Then, I calculated how many people in each of these groups affiliate with Evangelical Christianity, and plotted it in the figure below. 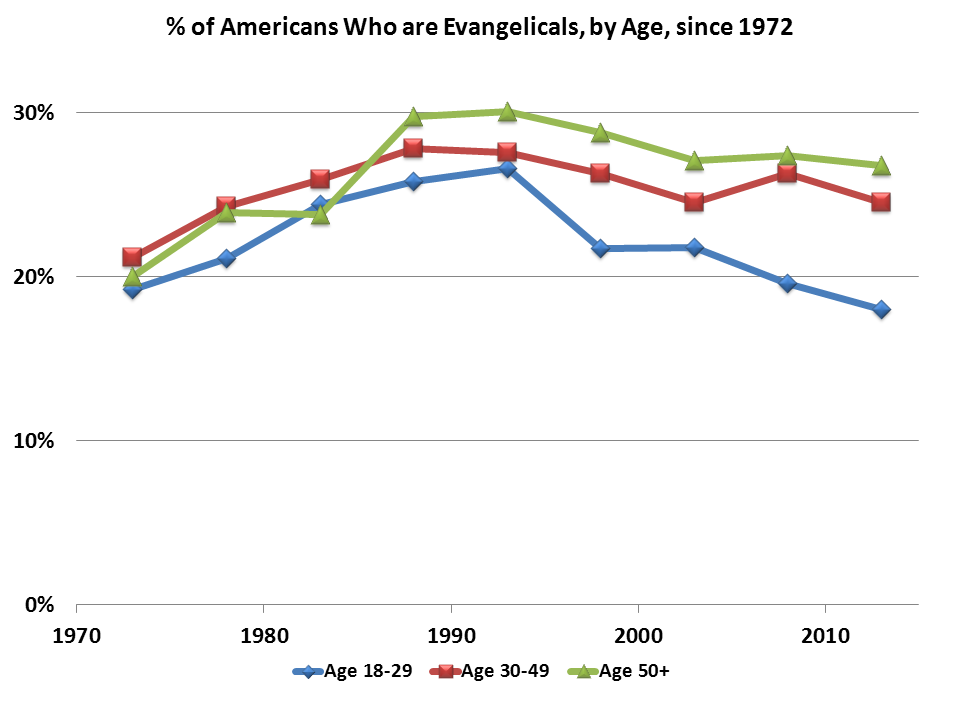 As you can see, there are some similarities by age. Evangelicalism increased among all age groups from 1972 through the early 1990s, and it has decreased in all groups since then. The differences exist in rates of change, namely it’s dropped among young people faster than older people. It’s worth noting, however that the biggest drop of faith in young people happened in the 1990s, and that current levels are about the same as the early 1970s.

Should Evangelical Christians be worried about this? It’s a judgement call. From my perspective, given the dramatic rise of religious unaffiliation (the “nones”) among young people since the 1990s, there are far more young Evangelicals than I would have thought. Still, I can understand Evangelicals being concerned about future and the young.

However, the data so far don’t support the disaster narrative so prominently featured in popular Christian writing.

(Part 3 in a series on Evangelicals in America. Previous post in series) 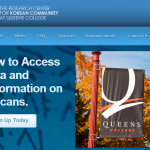 April 12, 2013
A new look at the second-generation Korean American and Canadian experience
Next Post

Bono on Prayer, Jesus' Death & Resurrection -...
This is part 2 of my most popular post, Bono on Jesus...
view all Evangelical blogs
What Are Your Thoughts?leave a comment
Copyright 2008-2021, Patheos. All rights reserved.