In Search of Male Role Models

During the Christmas and New Years season, I end up reflecting more than normal about some of the choices I make in my life.  In celebrating with family and reflecting on the birth of Christ, I’m reminded of many of the relational blessings in my life.  Although I’m not one to make New Year’s Resolutions, in starting a new year (and new semester), I’m often challenged to be more intentional in the choices I make.  It’s also a good time for me to reflect together with my husband about where we want our life to be headed, and what directions we feel will help us live most in line with God’s passions and vision.

With the end of the semester also comes the grading of tests and papers, where I ask students to reflect on how their gender (and other’s gendered assumptions) has impacted their own trajectories.  I am immersed in the literature on challenges faced by evangelical women (as women), so many of the responses from my female students are often not surprising.  As a woman myself, I also relate personally to many of their experiences. I am reminded that there are few models of strong women providing leadership in evangelical institutions.  The project I’m currently working on alongside Janel Curry at Gordon College and the Center for Social Research at Calvin College is focused on understanding some of the structural, cultural, and theological factors at play.

In her book Evangelical Christian Women: War Stories in the Gender Battles (NYU Press, 2003), Julie Ingersoll finds that for the married women who do succeed in being in positions of power in the evangelical world, having the support of their husbands is incredibly important. For myself, I’m incredibly thankful to work together as part of a team with my husband, as we jointly think about what it means to live faithfully.  (I do not think all people need to be married, and agree with the arguments made by Christine Colon and Bonnie Field in Singled Out: Why Celibacy Must Be Reinvented in Today’s Church (Brazos Press, 2010)) that the church needs to find more ways to support and encourage single people.)

As I’m mentioned in previous posts (Why We Should Support Men and Egalitarian Men and Working Fathers), the problem of women’s underrepresentation in leadership and decision-making roles is not just about women.  Men who are committed to more egalitarian relationships face many of the same work/life challenges; they also face challenges and pay-gaps in the job market. As I read some of the reflections from my male students, I’m struck by the fact that they also lack a plethora of strong role models to follow.  That is, for those men committed to living in egalitarian relationships in their pursuit of Christ, it can also be hard to find good examples to emulate. We need more examples and role models of strong men, working alongside strong women.

I want to highlight three of those models – strong men, working together alongside strong women – that have been influential in my own life.  They are models that my husband and I look to together of the type of people we want to be like.  Catherine and Andy Crouch, Ruth and James Padilla DeBorst, and Sandra and Paul Joireman.  Each of these couples has also traveled extensively as part of their vocation, be it spending time abroad or traveling regularly for speaking engagements.  For each of these six individuals, his or her career accomplishments alone make him or her a person I would seek guidance from. Yet it is through watching them do the dishes, answer their child’s question, lead worship, teach a Bible study, provide mentoring, and live in community, that they challenge me in my own journey.

I first met the Crouches as an undergraduate at Harvard, where I was part of InterVarsity Christian Fellowship.  Andy was working as a staff worked with IV (and serving as the editor of re:generation quarterly). Catherine was a post-doctoral student in the physics department at Harvard.  Today, Andy is a senior editor at Christianity Today, and a popular author/speaker. (Andy has written a great piece on the need for churches to better deal with scientists, which to me exemplifies some of the ways the two of them live in mission together). Catherine is a tenured professor at Swarthmore. They invested deeply in the lives of the students at Harvard; they’ve prioritized their children in their decisions. I was able to witness the way they co-parented young children at a critical juncture in their careers. They’ve been committed to specific religious bodies, and the lives of their children, and institutional structures within the church. 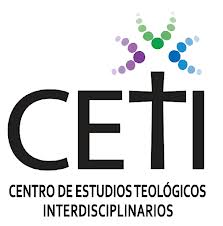 A few years later, while I was in El Salvador with World Relief, I had the privilege to meet Ruth and Jim Padilla DeBorst. They were working with the Christian Reformed World Missions. They began the Seeds of New Creation network in EL Salvador. Ruth has served as the general secretary of the FTL (Latin American Theological Fraternity), spoke at the last Lausanne Congress and currently works for World Vision. Jim provides leadership to the Centre for Interdisciplinary Theological Studies (CETI), has worked in development for over 20 years, and teaches and researches on international development. Jim and Ruth have six kids in their family, and currently live in Casa Adobe in Costa Rica, where they are invested deeply in the local community of Heredia. They are leaders in the global and local church, committed to ideas of integral mission. They frequently are asked to speak at conferences around the world. Yet in their quest, they have supported each other and their children. They are one of the best examples of a couple who provide global leadership through their local commitments. 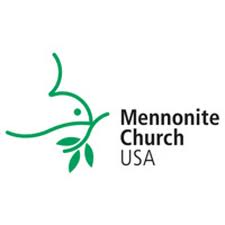 Most recently, we’ve been able to be part of Lombard Mennonite Church as we live in Wheaton, where we’ve been inspired by the example of Paul and Sandra Joireman.  Sandra was a political science professor at Wheaton College, but is currently the Weinstein Chair of International Studies at the University of Richmond. She is also the current chair of the Board of Directors of Bread for the World.  Paul works as an Advanced Developer at VG Bioinformatics.  He previously worked at Fermilab, and has been a chemistry professor at various universities.  They are deeply invested in the community of our small church, from children’s ministries to adult education. They have two children, who they have parented together (sometimes from different countries).  We’ve seen them deal with some of the same questions we ask regarding dual career households, and their advice and example has been especially important to us in this life stage.

As a woman, I’m really thankful for the different models that Catherine, Ruth, and Sandra have been, usually in ways they do not even know.  It’s the ordinary way that they live their lives. As a woman, I also really appreciate Andy, Jim, and Paul. None of them are leaders in the feminist movement (to my knowledge). But they support strong women, and encourage them to succeed. They are committed to their families, sometimes at personal cost to their career.  They invest in building community with their spouses.

Given the gendered norms and inequalities that still exist in the evangelical world, we should recognize that it’s not just women struggling to find strong role models, but also men as well.  I realize that some reading this post may not want egalitarian role models, but for men and women who do, they have to be intentional about those to whom they look to for wisdom. I want to especially encourage young men committed to greater gender equality and shared partnership with women to look for strong male models such as those mentioned; to look for mentors who not only pursue Christ in their vocations, but alongside commitments to church community, and who encourage their partners to exercise their full potential.