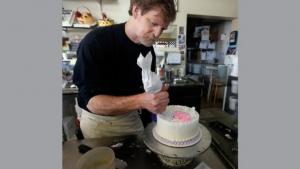 The Supreme Court ruled in favor of baker Jack Phillips in a 7-2 decision on Monday, June 4th, after the couple filed charges against him in 2012.  The so-called Supreme Court cake case stemmed from charges brought against the baker by the Colorado Civil Rights Commission.

Phillips had refused to bake a couple’s wedding cake due to his religious beliefs against gay marriage.

Here’s the larger picture about Phillips and his bake shop, Masterpiece Cakeshop.  He has never refused to serve any person based on who they are or what they look like. Everyone is welcome in his shop—even the two men who sued him. In fact, he told those men that, even though he couldn’t create a custom cake to celebrate a same-sex marriage, he would be happy to sell them anything else in his shop or design a cake for them for a different occasion.

Phillips has declined to create many custom cakes over his years in business because of the messages they expressed. If you’re looking for an outlandish  Halloween cake, a sleezy, boozy themed cake, or a cake celebrating a divorce, this bakery will decline your business.  Phillips simply believes things about God, about marriage, and about the world, lives his life according to how he believes God wants him to. Jack isn’t confrontational about his beliefs, but he wants to use his work & his talents to convey messages or celebrate events that he thinks are good, beautiful, and true.

America’s founders not only listed the free exercise of religion as the first individual right protected by the First Amendment, but they also believed that it took precedence over other political priorities. The United States has signed multiple international agreements asserting that the right to freedom of religion and to “manifest” that belief “either alone or in community with others in public or private” is a fundamental human right. Congress had unanimously declared that the “right to freedom of religion undergirds the very origin and existence of the United States” and “is a universal human right and fundamental freedom.”

The Declaration of Independence states that securing such rights is the very purpose of government.  The Universal Declaration of Human Rights, to which the U.S. is an original signatory, affirms the duty of governments to protect these rights by law.

Apparently, today in the United States, it takes flat-out bigotry – expressed in public by government officials – to get back up for religious freedom.

“The Supreme Court drew a line in the sand and protected the religious freedom of people like Jack. It said that religious hostility has no place in a diverse society like ours, whether the government is regulating art or anything else,” said  Kristen Waggoner, senior VP of Alliance Defending Freedom, a religion freedom advocacy organization

According to Thomas Jipping, Deputy Director, Center for Legal and Judicial Studies at the Heritage Foundation, today’s ruling’s key takeaways are:

1.The bad news is that it took flagrant, ugly, religious bigotry by Colorado officials to reach this result.

2. America’s founders not only listed freedom of religion as the first individual right, but they also believed that it took precedence over other political priorities.

3. Congress had unanimously declared that the “right to freedom of religion undergirds the very origin and existence of the United States.” 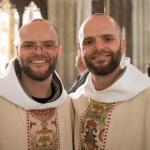 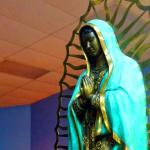 June 6, 2018 Is The Virgin Mary Weeping in New Mexico?
Recent Comments
14 Comments | Leave a Comment
Browse Our Archives
get the latest from
Catholic
Sign up for our newsletter
POPULAR AT PATHEOS Catholic
1