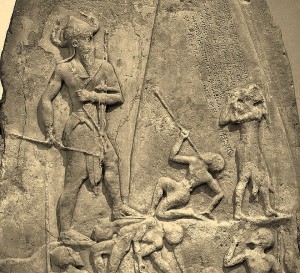 On a recent episode of Word Matters, Trevin Wax and I discussed some prominent views of Genesis 6, particularly these first few verses:

When mankind began to multiply on the earth and daughters were born to them, the sons of God saw that the daughters of mankind were beautiful, and they took any they chose as wives for themselves. And the Lord said, “My Spirit will not remain with mankind forever, because they are corrupt. Their days will be 120 years.” The Nephilim were on the earth both in those days and afterward, when the sons of God came to the daughters of mankind, who bore children to them. They were the powerful men of old, the famous men. (Gen. 6:1-4, HCSB)

What makes this text confusing is not only that the Nephilim (which means “fallen ones”) are mentioned but not really described here. In Numbers 13, however, they’re described as some sort of large people, like giants. Making matters worse, this language about the “sons of God” procreating with the “daughters of men” surrounds the mention of the Nephilim. So, is there a connection? Are these verses cobbled together but not related? We also have to figure out who the “sons of God” and “daughters of men” are.

Here are a few views:

1. The Nephilim are aliens. This one sounds more like a conspiracy theory than biblical exegesis. This actually has decent traction even in Christian circles, but it would be a strange inclusion just five chapters after the Creation narrative, where there’s really no mention of extraterrestrial life. If aliens existed, it seems like Moses would’ve taken better note of it.

Aliens coming to Earth doesn’t seem like something that would get a passing mention. But maybe they were so common, Moses wasn’t surprised? Good news for Christian alien chasers: whatever they’re hiding at Area 51 might actually be the key to unlocking a confusing passage of Scripture!

2. The “sons of God” are the same as the Nephilim. So the “sons of God” are godly men (perhaps from the line of Seth, one of Adam and Eve’s other children), who procreated with sinful/non-God-worshiping women (“daughters of men,” meaning they didn’t belong to God). The defense of this is that this story follows right after Cain wanders out into the wilderness, and so the wicked offspring of Cain start intermingling with the people who still worship God. This would help explain verse 3 (God’s frustrated with mankind) and then verse 5, which talks about the earth being filled with wicked people, causing God to want to flood the earth.

So how is it possible that the Nephilim are the same people as the “sons of God”? First, they’re described as “heroes of old,” which means that they were in some sense good—at least at one time. They are revered, which could mean there is or was something praiseworthy about them. Second, the text may connect the two together (those this is linguistically speculative when looking at the Hebrew).

3. The Nephilim are offspring of the “sons of God” and “daughters of men.” This is the view I took.

The idea here is that the “sons of God” refers to fallen angels (this term is used for angels in other places in Scripture,) and “daughters of men” refers to human women (self-explanatory). So the Nephilim, then, are superhuman offspring of angels and humans (which explains their size and the reverence people have for them).

Jude 6-7 might help bring clarity here. It describes how God has kept certain fallen angels/demons locked away in Hell because they committed sexual immortality and went beyond their boundaries as non-humans. Remember, Satan and his minions have freedom to roam the earth, but within God’s boundaries (Job 1). I would also couple this with 1 Pet. 3:19, where it seems to indicate that Jesus descended into Hell between his death and resurrection to proclaim judgment on the angels who committed this crime.

I’m 50/50 on whether or not the Nephilim are indeed offspring. It’s possible that they’re mentioned here for some passing reason that we don’t understand. But I do think the “sons of God” must be fallen angels who had sex with human women, and were subsequently chained up for crossing the boundaries God had given them. I think this makes the best sense of a few confusing passages, not just one.

Some will ask, “Doesn’t Jesus say in Mark 12 that angels don’t marry?” Yes, but there’s no indication in Genesis 6 (and Jude) that anyone gets married. In fact, it seems as though this is purely carnal sin. Another question arises: “Do we even know if the angels have the, um, parts necessary to have sex, much less procreate?” Scripture doesn’t answer this either way but according to Jude, it does seem as though they’re capable of sexual sin.

Trevin’s view? We still don’t know. He flipped a coin, but forgot to pick which side represented which view. 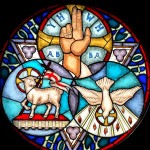 August 12, 2016
Did New Testament Writers Understand the Trinity?
Next Post 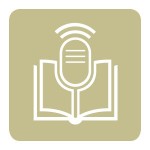