For the last few years, I’ve posted a list of my five favorite books of the year. Only my 2015 list has survived, as the others were on my now-defunct personal site. There are a few reasons why I compile these lists. First, I love reading and I love to share what I’m reading. Second, I’m also always encouraged by others’ thoughts and their lists often help me pick out a few last books for my Christmas wish list. Third, I get a lot of books from publishers, and while I don’t feel compelled to review them all (or many of them), I’m always willing to recommend a good book if it is, in fact, good.

I’m pretty sure I’ve read more books this year than I have any other year. This is primarily because (1) I’ve been writing a thesis/dissertation and (2) because I actually enacted a reading plan (though I’ll not totally complete it). So, in no particular order, here are my five favorite books from 2016 (or at least that I read in 2016): 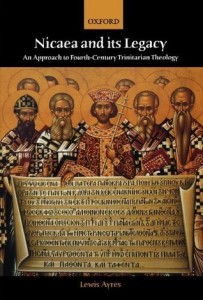 1. Nicaea and Its Legacy: An Approach to Fourth-Century Trinitarian Theology by Lewis Ayres

Ayres is a preeminent Trinitarian theologian and a lucid writer. This should be required reading for any theology student, but definitely for anyone (like me) who’s writing on or studying the Trinity. As many learned this summer, the doctrine of the Trinity needs attention and care. It’s not simply about affirming “one God in three persons” (though that’s key); it’s also about knowing the historical debates around the Trinity and how we got here. Further, so many doctrines rely directly upon a right understanding of the Trinity, and we should be careful not to overlook it on the way to the juicier debates we enjoy engaging.

Ayres gives the best summary and historical detail that I’ve found. Not only does he survey the most crucial century in the formation of Trinitarian language and affirmation, but he traces its impact into today. His engagement with modern Trinitarian theologies is perhaps the most important part of the book, because his critique is historically situated. 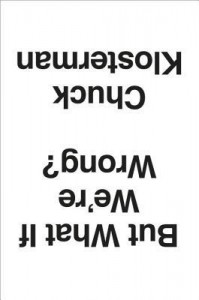 2. But What If We’re Wrong?: Thinking About the Present As If It Were the Past by Chuck Klosterman

Klosterman is hands down one of the best writers on the planet, so that’s a good start. But truthfully, I haven’t been hooked by his past books—I’m more of a fan of his essays and columns. This book piqued by interest, frankly, because it speaks to one of my favorite hobby-horses: our modern assumption that everything we believe is right because we’ve either had time to reflect on it, or because we’re advanced enough to know things for certain. It’s as though we’ve finally figured out ourselves and the world in 2016. But what if we’re wrong?

This book was birthed out of Klosterman’s question, if people believed for 2,000 years Aristotle’s theory that rocks stayed on the ground because they wanted to, why do we all of a sudden assume that Newton figured out gravity 300 years ago? He takes this question into all areas of life and culture, from religion to sports to music (how do we decide who is truly the greatest rock band of all-time?). I can’t recommend this book enough, and I’m tempted to say it was my very favorite read of the year. 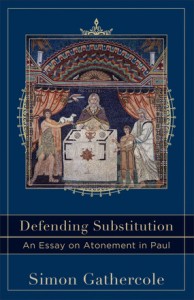 3. Defending Substitution: An Essay on Atonement in Paul by Simon Gathercole

One of my favorite arguments of the book comes early on. How can we say God is loving if he poured out his wrath on his own innocent Son? Isn’t this “cosmic child abuse?” In short, Gathercole says “no” for a few reasons, including: (1) Jesus is God; God died on the cross. Christ’s death on the cross is the self-substitution of God; and (2) we forget so easily that Jesus went to the cross willingly and with joy. “He’s not a passive victim but an active agent” in the crucifixion. Of course, there’s much more to substitutionary atonement than merely the “logical” aspect of it or the idea of being saved out of sin, and Gathercole masterfully engages the topic from all angles. This short read (128 pages) is a must-own book for believing and defending substitution. 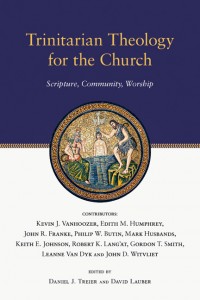 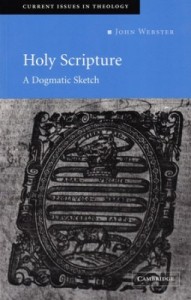 The late John Webster was both rightly appreciated and under-appreciated during his lifetime. On the one hand, I don’t know many scholars or students who don’t know about his illustrious and brilliant career. On the other hand, not nearly as many have read much of his work. Count me among both groups. To my shame, this book was my first serious engagement with Webster’s work, and I’m now eager to read more.

Holy Scripture affirms the most important pieces of the doctrine of Scripture—it is God-breathed and written with human hands, and it’s only rightly understood by employing hermeneutics that acknowledge its historical and textual nuances. However, Webster has a laser focus on the most important piece (one that many overlook): it’s not “God-breathed” in some abstract or general sense; rather, it’s the revelation of the triune God. As such, its authority is properly placed in the triune God himself, and not merely in historical verification or empirical truths. I’m not sure if this would be considered a good introduction to all of his work, but it definitely caused me to purchase many of his others. 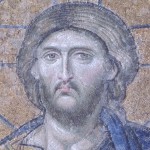 November 30, 2016
Eternal Generation, the "Only Begotten" Son, and Monogenes: A Summary of the Conversation
Next Post

December 18, 2016 Immanuel: When God the Son Became Like Us
Recent Comments
0 | Leave a Comment
"How is it possible to "disprove" a heresy? It is possible to use the term ..."
gary What We Know about Arius and ..."
"Thanks to heretic Owen Strachan, it seems Arianism is making quite the comeback after being ..."
Jack What We Know about Arius and ..."
"Angels; whatever they are ...are from heaven , not of earth ... anything or anyone ..."
Stephaine A. Carter Biblical Sci-Fi? Aliens, Angels, and the ..."
"Thanks for this insight into John’s dig at Domition and Rome’s wannabe divines. Will you ..."
jeff q When the Book of Revelation Takes ..."
Browse Our Archives
Related posts from Church Grammar