The Dearth of Patristic Theology in Evangelicalism

The Dearth of Patristic Theology in Evangelicalism May 22, 2017 Brandon D. Smith

As a Ph.D. student in theology, I’m spending more time than ever reading the patristics, and I’ve begun to realize how little definitive work on patristic theology has been done by evangelicals. Aside from a few notable contributions by evangelicals, the field is mostly dominated by Catholic theologians and the occasional non-evangelical Protestant. (I do think, however, that this is going to change. Evangelical theologians and pastors in my generation seem to care more than ever about patristic retrieval.)

On Twitter last week, Seumas Macdonald tweeted a short thread with some thoughts on why there’s been a dearth of evangelicals working in patristics. The first tweet in the thread is below, and I encourage you to click through and read the rest.

Reasons why there are relatively few evangelicals in patristics: 1/ Some Evs aren't sure there were any Christians between Paul and Luther.

To summarize the five-tweet thread, Macdonald makes the following points:

There’s so much more to be said, for sure, but Macdonald is onto something here. I remember during my graduate program, many of the undergrads moved from Baptist or other evangelical churches to Catholic or non-evangelical high church traditions. They did this, largely, because they felt as though evangelicalism isn’t tied to the tradition of the church, and so they were unable to connect with Christians of the past through evangelical ecclesial structures (or lack thereof).

I can’t say I blame them. I was tempted at times myself. But—sorry for the shameless plug—but this is precisely why we founded the Center for Baptist Renewal. The Baptist tradition and other similar evangelical groups are not—or at least should not be—disconnected from the great Christian tradition. Personally, I’d rather be a catalyst from within than a critic from without.

The “allegorical” readings of the Patristic Fathers, the Catholic flavor of the first thousand or so years of church history, etc. are not reasons to abandon pre-Reformation theology. And yet, so many evangelicals immediately bristle at this notion on the principle that we should care more about the five solae of the Reformation. These five truths recovered the gospel in many minds. I recently wrote a study on the five solae, so I understand this sentiment and greatly appreciate the correctives that came with it. The Reformation was an act of God—I truly believe that—but we should consider two things.

Primarily, we should be willing to learn from those in the midst of the expansion, canonization, and creedal development of Christian orthodoxy. If we’re truly orthodox Christians, then we affirm major creeds like the Apostles’ Creed, the Nicene Creed(s), and the Chalcedonian Creed. The affirmations forged and fought for in these creeds are essential to Christian faith and practice, and yet we take for granted the time and context in which these theological foundations were laid. We act as though we can take the creeds and leave everything else, however the creeds didn’t happen in a vacuum.

Secondarily, we shouldn’t forget that the Reformers relied heavily on the early church, especially the work of Augustine. Not even the Reformers cut themselves off from the great tradition. It’s a common joke to say that all of Western theology is a footnote to Augustine, but it’s especially true of the Reformation.

Denominations are fine, even important at times. They help us build accountability, missional partnerships, and communal identity. But we can’t become so polarized and dichotomized within our denominations that we fence ourselves off from the bloodline of Christianity—the theological heritage of two millennia of Christian thought. I think Timothy George said it well:

I believe in an ecumenism of conviction, not an ecumenism of accommodation. We do not advance the cause of Christian unity by abandoning our biblical understanding of the church. But how do we hold these together? Three things: First, recognize the centrality of Jesus Christ. The closer we come to Jesus Christ, the closer we come to one another as brothers and sisters in him. Second, study the Bible together. The Bible belongs to the whole people of God, not just to one denomination or church tradition. We can clarify differences and find a deeper unity by going deeper into the Scriptures. Third, prayer. Jesus prayed to his heavenly Father (John 17:21) that his disciples would be one so that the world might believe. We can join our prayer to the prayer of Jesus and in so doing become a part of its fulfillment.

May we continue to recover and retrieve pre-Reformation theology and tradition, keeping our denominational distinctiveness without sacrificing our Christian theological heritage.

Note: Since this post was published, I’ve written a follow-up highlighting some of the important Baptist leaders and organizations working in patristic theology and retrieval. You can read that here. 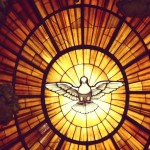 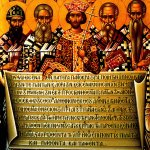 May 25, 2017 Baptists Promoting and Supporting Patristic Theology
Recent Comments
0 | Leave a Comment
"Angels; whatever they are ...are from heaven , not of earth ... anything or anyone ..."
Stephaine A. Carter Biblical Sci-Fi? Aliens, Angels, and the ..."
"Thanks for this insight into John’s dig at Domition and Rome’s wannabe divines. Will you ..."
jeff q When the Book of Revelation Takes ..."
"Hello THeodore. Thank you for your comment. While I do not agree with all of ..."
walter lamphere What We Know about Arius and ..."
"Certainly no one here would equate obedience to the Lord Jesus Christ as "Legalism".................Right?"
WestWins The Sermon on the Mount and ..."
Browse Our Archives
get the latest from
Evangelical
Sign up for our newsletter
POPULAR AT PATHEOS Evangelical
1