This Ain’t Your Mama’s Book of Revelation 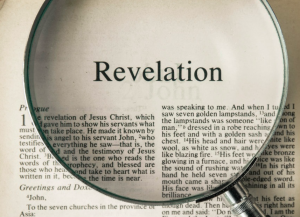 I didn’t grow up a Christian, but as soon as I began following Christ and attending a local church, I was almost immediately introduced to the Book of Revelation via the movie Left Behind. Like most Southern Baptist churches in the 90s, we talked a lot about the rapture, the Antichrist, the Tribulation, and miscellaneous details we could supposedly understand by decoding Revelation’s bizarre language and imagery.

Relatedly, I always remember being told I’d spend forever in Heaven, once I was raptured with Jesus and this world was destroyed. When I thought about Revelation, it was mostly wars, meteors, and desolation. Many of you can probably relate. I’m, grateful, though, that I’ve been able to study Revelation for many years now, including as a major piece of my dissertation. In my experience, Revelation has been underplayed, under-appreciated, and simply misrepresented.

Here are a few ways the Book of Revelation is different (and better) than you probably learned growing up.

1. Revelation is not a book about destruction and fear

Revelation certainly has its destructive elements—bowls of wrath poured out, beasts, the fall of Babylon, etc. However, these elements point to a greater hope, a hope found in God’s justice in his war against sin and death and evil. These sometimes terrifying elements of the book serve to show us that God is making all things new and redeeming the world fractured by the Fall (Rev. 21-22), not that he’s coming for us with a fireball in one hand and a lighting bolt in the other. Revelation has destruction within it, but it isn’t about that. It’s about hope in the culmination of God’s promises.

2. Revelation is not about escaping Earth

“This is not my home, I’m just passing through” is a sweet hymn, but it’s wrong. We don’t spend eternity in some far away place in the sky. Rather, we spend eternity right here, on this planet, the way God intended from the beginning (Gen. 1-2). This place is our home, though it’s certainly due for a major renovation. Sin didn’t cause a Plan B in God’s sovereign blueprint. He’s not abandoning the Earth because we messed things up; no, he will resurrect his people just like he resurrected his Son (1 Cor. 15). Heaven and Earth were joined together in the beginning, and they’ll come back together in the end (Rev. 21-22).

3. Revelation is not about merely future, end-times events

This is probably the most misunderstood portion of Revelation. It is an apocalypse with future events, to be sure, but the book is also addressed to a specific audience (Rev. 1-3), and deals with issues that the original audience could understand and apply. It’s safe to say that Rev. 21-22 are about future events that haven’t happened yet, but the rest of the book is debatable. Likely, most of Revelation applies to its original audience and every generation afterward at the same time. Many of the allusions to Babylon, an antichrist, etc. can be applied to Rome and the Caesar the original audience knew, while also being a representations or types for future worldly kingdoms and rulers.

4. Revelation is not divorced from the rest of the Bible

The numbers vary depending on who you ask, but most scholars say that Revelation has approximately 600 references or allusions to the Old Testament. In my study of Revelation, I’ve seen these allusions over and over again. Revelation’s author, John, never directly quotes the OT, but there are unmistakable allusions or hat-tips to the OT every few verses. John likely sees himself as a type of prophet, self-consciously telling the story of how Jesus finally fulfills all of the promises and expectations of the prophets, from Daniel to Isaiah to Zechariah to many others. Revelation is very much a capstone to the Bible’s unified storyline, not a freaky add-on to the end. 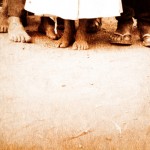 July 21, 2017 The Smorgasbord (7/21/17)
Recent Comments
0 | Leave a Comment
Browse Our Archives
get the latest from
Evangelical
Sign up for our newsletter
POPULAR AT PATHEOS Evangelical
1